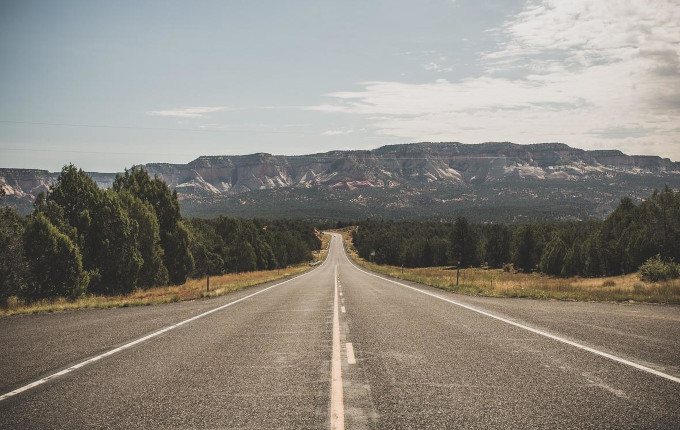 The Road to Retirement

The Australian superannuation industry has been around since 1900, when New South Wales introduced a means-tested age pension of £26 a year, funded out of general revenue. But it really took off in 1992, when the Keating government introduced mandatory employer contributions under the Superannuation Guarantee.

In the years since then, the focus has been on turning these mandatory contributions into wealth and finding the optimal way of doing so. But now the first cohorts have gone through the system in its entirety and have started to retire, the need for adequate retirement products is clear.

Between 2020 and 2025, some 1.8 million members and $300 billion in superannuation savings will move from the accumulation to the decumulation phase, according to estimates by KPMG. Yet, the availability of strategies that optimise income, longevity protection and sequencing risk is currently limited.

In addition to more superannuation members retiring, the government has also increased the pressure on funds to develop retirement strategies under new legislation from 1 July 2022.

After first introducing a MySuper default requirement for the accumulation phase, the government was keen to extend this framework to the retirement phase and introduce a MyRetirement product, later rebadged as a Comprehensive Income Product for Retirement.

However, a default for retirement proved to be a much harder problem to solve than a default for accumulation, since individual circumstances vary not so much at 25 years of age, but greatly at the age of retirement.

In this interview with Jacki Ellis, Portfolio Manager for Retirement Strategy with Aware Super, Ellis explains why a one-size-fits-all solution just doesn’t work in retirement. Instead, some form of cohorting must take place to address the complexities of retirement, she says.

Over time, Treasury has put less emphasis on the idea of a single retirement product and more on a comprehensive strategy. In its latest position paper, it also puts emphasis on the need for member segmentation.

From 1 July 2022, fund trustees are subject to the Retirement Covenant. Under this legislation, trustees are required to outline a strategy that says how they intend to maximise members’ income, while taking into account the age pension and any other relevant income payments, such as social security payments or veteran entitlements.

They also need to explain how they will address any risks to the sustainability and stability of the retirement income, including longevity and investment risks at different stages of retirement.

And, finally, trustees need to provide some flexible access to savings during retirement, for example, to pay for medical expenses.

The Australian Prudential Regulation Authority (APRA) has promised not to go too hard on funds in the initial years of the covenant. APRA said it has no plans to issue detailed regulatory guidance on the retirement covenant, but expects funds to monitor their income strategies over time and improve where necessary.

A handful of super funds have already implemented a retirement solution that addresses these requirements.

Among the first was Equip Super, which developed a bucket strategy based on the experience of its financial planners. The cleverly named MyPension strategy starts with three buckets: growth (39.5 per cent), conservative (39.5 per cent) and cash (21 per cent). It uses this as the basis from which it tailors the strategy to the individual circumstances of its members.

Earlier this year, Telstra Super launched a strategy that follows a similar idea. LifeStyle contains an optional cash component that members can draw an income from. The rest of the money can be invested in four different options, depending on the level of risk a member is willing to take. These four options are also optimised for income generation and tax efficiency.

QSuper launched its Lifetime Pension in April and this strategy has adopted an innovative way to provide income for life, regardless of how long a person lives. Members can put in as little as $10,000 or as much as the transfer balance cap, which is $1.7 million.

It combines the purchase amount of every person buying into the product into a pool and invests that amount into QSuper’s balanced option. The income stream is annually adjusted based on the investment performance of the balanced option and the mortality rate of the people in the pool.

Its structure has echoes of an annuity, but in contrast to these vehicles, QSuper’s option is linked to market performance and does not guarantee an exact level of income.

Considering the high level of flexibility and complexity, the new strategies will only be available through financial advisers.

Treasury’s shift from a product to a principles-based framework in its latest position paper makes sense, given the circumstances for each member differ greatly upon retirement, but it is equally true an environment that relies fully on members making their own choices will expose significant groups of people to complex decisions that they are not well equipped to make, Geoff Warren, Associate Professor at the Australian National University, warns in this article.

And not everyone will have access to personalised advice from a financial planner. Anne Fuchs, Head of Advice and Retirement at Sunsuper, now called the Australian Retirement Trust, argues that segmenting is a good way for funds to start tailoring investment options to members’ individual circumstances.

Fuchs, who is a veteran of the advice industry, also makes the point that advice might be a powerful tool, there are simply not enough advisers in Australia to help every retiree. Some form of simplified, digital advice will need to bridge the gap.

Warren says, that some form of nudging might be required to ensure people don’t end up in the wrong place. Funds can do this by a so-called ‘fund-guided choice’, where superannuation funds could offer members who are about to retire a recommended strategy upon request.

This would be accompanied by clear information and interactive calculators that would allow members to better understand the strategy and choose an alternative one if it is unsuitable for their circumstances.

Another approach to solve the puzzle is to not look at retirement in isolation, but to consider accumulation and retirement as a single journey.

Such ‘life-cycle’ approaches start from the concept that offering a 25 year old and a 60 year old the same default option is inappropriate. A younger member should take more investment risk than someone who is about to retire and so these strategies gradually adjust the asset allocation along the way from aggressive to a more conservative profile later in life.

Australian Catholic Super is an example of a fund that has embraced the life-cycle approach. In order to smooth out the effects of derisking, the fund has broken up this process into 31 steps, gradually easing the member into a more defensive portfolio.

But no matter what approach a fund takes, the very first step is to understand its member base. Some funds have a clear member profile that differs from the average fund. Hostplus, for example, has a relatively young member base and so it is appropriate to take more risk in its investments than, for example, State Super, which has a predominantly older member base, many of whom are close to retirement.

Cbus has a unique member base, consisting of construction workers. For its members, a life-cycle approach would be inappropriate, since many of them retire early, often involuntarily due to the toll their work takes on the body.

Yet, these members often retire with low super balances and little financial literacy, which would make a default option or fund-guided choice more relevant to them.

Ultimately, there is no one-size-fits-all solution when it comes to retirement. People have different career paths, different family circumstances and responsibilities. And even their retirement goals might differ, whether it is intended to provide an income, leave a bequest or simply inject some liquidity into their lives.

In this article, Nobel laureate Robert Merton explains how the investment goal also plays a large role in determining what level of risk is appropriate, regardless of a person’s risk appetite.

For example, if your goal is to pay your tax bill in a year from now, then the risk-free asset is a different one than when your goal is to generate an income in retirement.

“As a retiree, a [one-year] Treasury bill is incredibly risky,” Merton concludes.

Asset Consulting Is Not Going Away Gold through an ESG Lens