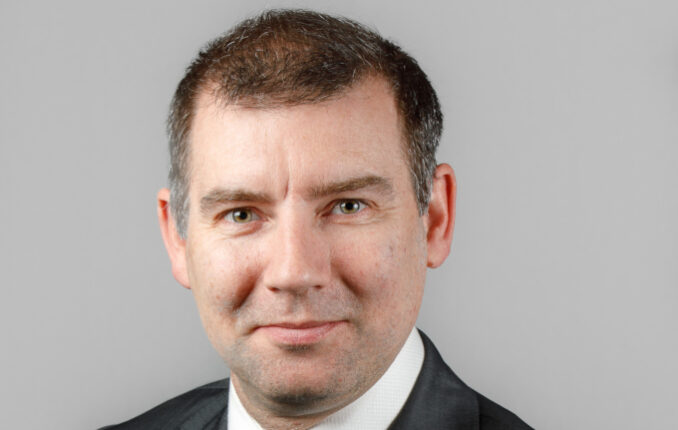 Despite ongoing consolidation in the superannuation industry, asset consultants will continue to have a role to play, Aongus O’Gorman says.

Earlier this month, Margaret Cole, Executive Board Member at the Australian Prudential Regulation Authority (APRA), called upon members to leave their funds if they were a member of one of the 13 super funds that failed the regulator’s performance test.

The regulator was clearly underwhelmed by the result that only 7 per cent of members who have accounts with one of the 13 funds had decided to leave since the test scores were made public.

“The trustees of APRA-regulated superannuation funds have a legal duty to act in the best financial interests of their members and APRA is working hard to ensure they fulfil that obligation,” Cole said.

“That’s not a reason for members to sit back and avoid taking steps to act in their own best financial interests by ensuring they are in a high-performing super product.”

She made no secret of the fact the regulator was encouraging underperforming funds to merge with what she called “more sustainable” funds. APRA even instructed Energy Industries Superannuation Scheme (EISS) to find a merger partner in less than eight months.

And so we haven’t seen the end of consolidation in the super industry just yet.

But as any fund merges, it not only affects the fund itself, but also the entire ecosystem of service providers around it.

Asset consultants are no exception.

As the number of funds has reduced in recent years and the remaining funds become larger and more sophisticated, the demand for traditional consultancy work has fallen.

And although Aongus O’Gorman, Head of Investments, Australia, at Willis Towers Watson, acknowledges consulting revenues from the superannuation sector have fallen in the past five years, asset consultants are surviving by changing their own offering and branching out into other sectors.

The biggest challenge with a mega-fund is that you now have large groups of people managing the assets. How do you oversight that?... because clearly you can go all the way to the top of those organisations and the level of knowledge across investment committees and boards may not be sufficient to deal with the comparative knowledge of the internal [investment] team.

“I think there is just constant change in what asset owners require and it means that we change what we do. But it doesn’t mean that asset consulting is going to disappear,” O’Gorman says in an interview with [i3] Insights.

“There was a time that we reviewed managers and just rated them. Over the last five to 10 years, we have been working with the managers to improve their structures in a way that is more advantageous to the underlying investors.

“Even 10 years ago, if you look at the type of research consultants were doing and that was around fund of funds into private equity and hedge funds, but we moved on from that.

“We need to continuously grow and adapt to the market.”

He says there are broadly two ways asset consultants have responded to the changes in the market. On one hand, you can become more specialised and provide detailed advice on certain option structures or on the technical details of a co-investment.

But on the other hand, you can provide more comprehensive high-level governance advice as an independent party.

“The biggest challenge with a mega-fund is that you now have large groups of people managing the assets. How do you oversight that?” O’Gorman says.

“How do you understand what is going on and manage the risks that are associated with that because clearly you can go all the way to the top of those organisations and the level of knowledge across investment committees and boards may not be sufficient to deal with the comparative knowledge of the internal [investment] team.

“So it is more about the oversight of the internal team, understanding how other global asset owners have managed those issues. Our tendency has been to work with the boards, given that long history of working with similar entities around the world.

“Then on the other extreme, you have organisations that have no investment teams. That is where the delegated part of the business comes in.”

O’Gorman was recently appointed to the role of Head of Investments, Australia, effectively taking over the position from Martin Goss, who decided to focus solely on client advisory work.

“In the last four years, I spent a lot more time on the business itself, growing the delegated part of our business. I do have clients, but not anywhere near to the degree that Martin has,” he explains.

“Over the last 18 months, we have centralised various aspects of managing the business and I have taken over the sales, business development and marketing. So it was a natural progression of what I was doing.”

Technology is becoming an increasingly more important aspect of consulting and a key project at Willis Towers Watson has been the overhaul of its manager rating process. Where previously the asset consultant had three tiers of manager ratings – strong buy, moderate buy and sell – it came to realise this was not the most efficient use of resources.

“We did this big piece of work on the relative outcomes of the strong and moderate buys and we found a strong difference between the two,” O’Gorman says.

“The top-rated [managers] did deliver higher returns on average than the second-rated buys. Then we looked at it and said: ‘How much money are we spending on just maintaining these [moderate buys]?’

“The top-rated [managers] did deliver higher returns on average than the second-rated buys. Then we looked at it and said: ‘How much money are we spending on just maintaining these [moderate buys]?’

“Our job is to deliver better returns for our clients, so surely if we are spending all this money maintaining [moderate buys], then that is a bad use of our resources.”

Willis Towers Watson decided to change its rating process to a system where they only had one rating: ‘preferred’ or not.

“Then the question becomes: ‘What about coverage? How do you keep an eye on everything else?’

“This is where technology comes into play. We built this system, called Invest Connect, and what it does is for every asset class we have come up with 50 or 60 success metrics that our manager researchers would use on a qualitative basis to assess any manager.

“We’ve set it up so that managers can go online and fill it out. There might be 100 to 150 questions that all feed into these 50 to 60 metrics of success.”

This system captures a broad range of data on funds under management, a manager’s approach to sustainable investing, staff numbers, gender diversity and investment returns. It then uses a separate system, called Structured Assessment Method, to translate this information into a rating of high, moderate or low based.

“Now, it is not the 200 hours that we would put in for a qualitative rating, but it allows us to see that if you are rated ‘high’ but you are not rated ‘preferred’, then should we do some work on you?” O’Gorman says.

“Similarly, if you are rated ‘low’ and you are a preferred manager, then maybe we need to do a bit of work on that as well.”

Transportation: An ‘Investable’ Asset Class? A Guide to Retirement