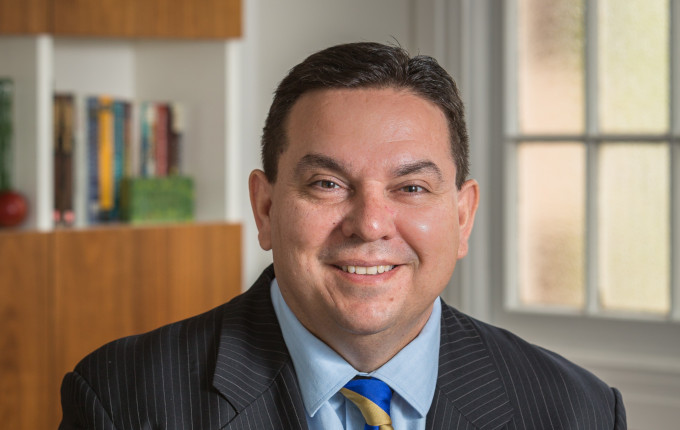 Retirement products should be designed with the aim of creating income sufficiency, rather than wealth maximisation, Michael Drew and Jason West argue in a new paper.

Most superannuation options on the market today aim to maximise the amount of savings at retirement at a certain level of risk.

Whether you choose a conservative or aggressive investment option, within the asset allocation constraints of these products funds try to achieve the maximum amount of wealth at the end of the product’s life.

But the objective of super fund members is often quite different. They seek to maintain a certain standard of living, which in investment terms means they seek to secure a certain level of income in retirement.

The allocation of assets to satisfy a high probability of achieving a desired income in retirement is a radically different goal from the goal of maximising wealth at retirement, Michael Drew, Professor of Finance at Griffith Business School, and Jason West, Director at Fourier Financial Group, argue in a recently published paper, “Retirement Income Sufficiency through Personalised Glidepaths”.

An important debate in Australian superannuation has been about: what is the objective? And we have been for many years in the camp of saying that the risk for workers is retirement income uncertainty – Michael Drew

“An important debate in Australian superannuation has been about: what is the objective? And we have been for many years in the camp of saying that the risk for workers is retirement income uncertainty,” Drew says in an interview with [i3] Insights.

“The objective function has largely been around maximisation of wealth at retirement. That has led to a range of assumptions being built in, including that there is this magical date in the future that everybody lands on.

“[But] few individuals experience a continuous working life followed by a smooth transition to retirement and the research globally shows that maybe only about half of people get to decide their retirement date.

“People take career breaks, carer’s leave or they have retraining. The labour market isn’t this homogeneous, smooth journey. Life gets in the way of a beautiful glide path.”

Drew and West are in favour of using a glide-path framework for designing retirement options, but point out many existing products don’t take into account the experience after the member has retired.

They illustrate their argument with an example. They take a glide path that aims to minimise portfolio risk over the 10 years before retirement for a member who has a starting salary of $50,000, spends 45 years working and 25 years in retirement.

When the member reaches the point where they only have five years to go before retiring, the portfolio is de-risked again to an allocation of 40/60 stocks/bonds.

Using a simulation, this path results in an expected pre-tax wealth of $670,000 at the retirement date, with a 37 per cent probability of financial peril.

A 37 per cent probability of financial distress is rather high.

However, targeting income rather than absolute wealth can improve the odds.

Using an optimisation model of possible wealth outcomes – when given the inputs of starting salary, salary growth, stock and bond risk/return profiles, and the proportion of salary required during retirement – results in a strategy where the member would hold the allocation to equities constant at 71 per cent from the age of 25 to age 65.

The model then decreases the allocation to 60 per cent from age 65 to age 90.

In this alternative, income uncertainty is halved, with the probability of financial peril falling from 37 per cent to 19 per cent. Yet, the expected value of wealth at retirement would be $700,000.

“Higher expected wealth at the date of retirement is only a by-product of a function that minimises retirement income uncertainty; the primary aim is to maximise income sufficiency,” they write in the paper.

Having run the simulation many times, Drew and West found a few rules of thumb.

Switching to a stock allocation of less than 40 per cent is rarely optimal, they found.

Not only should retirement products target income certainty, but they also need to have the ability to be adjusted over time. Investing for retirement is not a set-and-forget game, Drew and West argue.

“The 30 years or so after retirement is such an important time component and it is largely ignored. Okay, Jeremy Cooper (former Chair of the Super System Review) has a solution which is to convert wealth into an annuity and let that ride. That is one alternative,” West says.

“But the other alternative is to stick with the volatility, ignore it as best you can and then monitor your portfolio through time.

“And as long as history is a guide to the future, then we’ve got some idea as to how you could minimise the probability of running out of money. You don’t really have to do much else than allocate assets more wisely prior to and through the retirement period.”

As long as history is a guide to the future, then we've got some idea as to how you could minimise the probability of running out of money. You don't really have to do much else than allocate assets more wisely prior to and through the retirement period – Jason West

Drew and West don’t mean to criticise any existing products or funds, but simply argue superannuation outcomes should incorporate more data to adjust the asset allocation during the life of a member.

It is not unlike landing a plane, he says.

“When you land a plane, you line it up with a runway at an angle of three degrees, but the pilot just doesn’t keep going down at three degrees. There might be wind shears, there are atmospheric conditions that you need to think about and you make adjustments,” he says.

“Our small contribution is saying: all power to you on the glide-path design, but why don’t we use the key information and data from those we are there to serve: our members? Let’s use that to come together to build a more robust individualised glide path.”

He points out many institutional investors use big data in making investment decisions. Funds can also apply data science to customise retirement products for their members.

“Large beneficiary organisations around the world have embraced data for the insights that data can bring on the investment side. We believe those opportunities also exist for those we serve,” Drew says.

“For example, has the member received a windfall through inheritance? Well, then we can de-risk their portfolio. In that case, the actual equation becomes very different and it can help in lowering the risk of retirement income uncertainty.

“There’s no magic pudding here given the muted forward returns and there are some difficult conversations that immediately come out of this kind of personalised thinking. But it is a way in which you can see the world as it is, rather than having to implement the world as you’d like it to be.”

The paper, “Retirement Income Sufficiency through Personalised Glidepaths”, was published in the Financial Analysts Journal in March.

The Future of Chinese Private Equity Beyond the Liquidity Waterfall