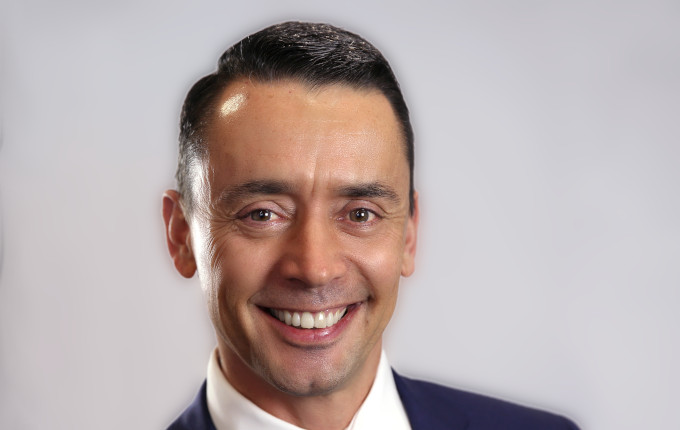 [i3] Insights speaks with Brnic Van Wyk and Ben Hillier about the design behind QSuper’s newly launched retirement option.

While most people entering the workforce in their twenties or slightly earlier have a lot in common, at least from a savings perspective, once members reach the end of their working lives, their individual paths have diverged greatly.

Yet, retirees have one thing in common: the need for income.

It was with that premise that QSuper started to tackle the problem, an effort that has resulted in the recent launch of its retirement option, Lifetime Pension.

“We started with the question: ‘How can we maximise income in retirement?’” Ben Hillier, Head of Product and Services at QSuper, says in an interview with [i3] Insights.

“So this is not primarily a longevity product. This is an income product and it is about high rates of income, but we needed to solve for longevity to give retirees the confidence to spend so much.”

QSuper’s Lifetime Pension provides members with a lifetime income, regardless of how long they live. The minimum age to start the product is 60 and the maximum age is a person’s 80th birthday, while members can put in as little as $10,000 or as much as the transfer balance cap (increasing to $1.7 million on 1 July).

It combines the purchase amount of every person buying into the product into a pool and invests that amount into QSuper’s balanced option.

The income stream is annually adjusted based on the investment performance of the balanced option and the mortality rate of the people in the pool.

Its structure has echoes of an annuity, but in contrast to these vehicles, QSuper’s option is linked to market performance and does not guarantee an exact level of income.

It is designed to give you much more income earlier in retirement than an account-based pension drawn at the minimum rate does, which then gives you the confidence to spend that money – Brnic Van Wyk

“The purchase price goes into a pool and we’ve based the starting rates of income on two assumptions: one is a net investment performance of 5 per cent from the pool and two is a mortality assumption based on the longevity of the pool,” he says.

“Of course, we’ve made very conservative assumptions for mortality because we expect generally healthy people to purchase the product.

“On an annual basis, there is an adjustment to your income that reflects any variance from those two assumptions.

This structure ensures members should receive a higher income compared to buying into an annuity because it doesn’t depend on interest rates, Brnic Van Wyk, Head of Asset/Liability Management at QSuper, says.

“It is not a yield play. It provides a much higher long-term expected return than a constrained, immunised life insurance annuity portfolio can achieve,” Van Wyk says.

“It is designed to give you much more income earlier in retirement than an account-based pension drawn at the minimum rate does, which then gives you the confidence to spend that money.”

He also points out it is a more transparent way of delivering income as it doesn’t require complicated actuarial assumptions, other than average life expectancy.

“Anyone who joins, joins with their own money and is 100 per cent solvent as an individual,” he says.

“It means there is no judgment required in making pension adjustments. There is no black box, there is no reserving, there is no smoothing of policies and that creates complete transparency for participants in terms of what to expect from the pool.”

One of the key issues many retirees have with annuities is that you have to pay away a significant portion of your savings in return for an income stream. This requires faith in one’s own longevity.

QSuper tackled this objection by introducing a guarantee where when members pass away before receiving payments equal to their nominal purchase price, the difference is payable as a death benefit to their beneficiaries, an inheritance of sorts.

This guarantee is made possible through an insurance policy, provided by QInsure, an insurance company fully owned by QSuper. Premiums are deducted from the pool on a periodic basis, although Van Wyk says the effect on performance is almost negligible.

“The insurance premium is actually dirt cheap. Our experience so far has shown that most of the people who have joined are couples and because the pension continues until the last survivor, the probability that both of them die in a reasonably short time [after purchasing the product] is actually quite small,” he says.

This is the most efficient way you can convert a capital sum into income sustainably. The only way we could give you a higher income is to not have the money-back protection, but then no one would buy it – Ben Hillier

“Yes, the insurance cost is a drain on the fund, but it is partly offset by those potentially higher mortality credits.”

Hillier points out the money-back protection is a necessary feature to satisfy behavioural finance considerations.

“This is the most efficient way you can convert a capital sum into income sustainably. The only way we could give you a higher income is to not have the money-back protection, but then no one would buy it,” he says.

The introduction of the MySuper legislation as part of the Stronger Super reforms introduced in 2014 saw the establishment of basic parameters for default superannuation options. It wasn’t long before people started speculating about the potential introduction of a MyPension product to set restrictions on retirement options.

The late Paul Costello, who acted as Chair of the Stronger Super Consultation Group in the lead-up to the introduction of the MySuper legislation, already flagged in mid-2011 the potential of a default retirement product, but said at the time that it fell outside the scope of the Stronger Super review.

The suggestion of establishing Comprehensive Income Products for Retirement, or CIPRs, by the Financial System Inquiry built on this idea of a retirement default, but it has been hard to imagine what such a product would look like in default form, considering the wide variety in people’s individual circumstances upon retiring.

Increasingly, the government seems to have let go of the idea of a single retirement default and has embraced a more conceptual idea of what such products should aim for.

It is a building block; we are not suggesting certain levels for people. And that is probably as close as we can get to defaulting people – Brnic Van Wyk

The most recent efforts focus on a Retirement Income Covenant, which will codify the requirements and obligations for superannuation trustees to consider the retirement income needs of their members, expanding individuals’ choice of retirement income products and improving standards of living in retirement.

This gradual move away from a default product illustrates the difficulty of designing a one-size-fits-all option for a diverse group of people.

Van Wyk and Hillier point out QSuper’s Lifetime Pension is not designed to be a stand-alone product. Instead, it forms an additional source of income to the age pension and an account-based pension.

“We are not presenting this as a product that someone should come and buy on its own. When you retire with QSuper, you get an application form, you get a calculator and here is a slider. You can choose how much to allocate to an account-based pension and the Lifetime Pension,” Van Wyk says.

“So when you describe it you often find yourself contrasting it with an annuity or a drawdown account, but we are trying to position it as an accompaniment to existing income sources, not as an alternative.

“It is a building block; we are not suggesting certain levels for people. And that is probably as close as we can get to defaulting people.”

Investing in Chinese Health Tech Many Opportunities in Alt Credit