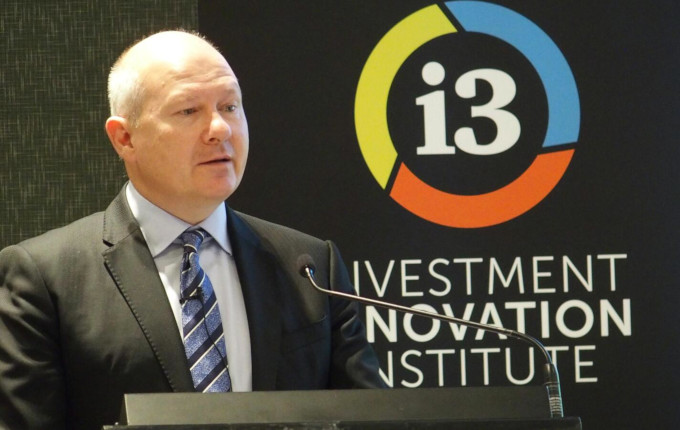 Members of construction industry superannuation fund Cbus are not like your average Australian worker.

CoreData research has shown that, on average, they are likely to have lower account balances. In 2019, the average Cbus member balance was just under $69,000.

They also enter the workforce young, while they are often forced to retire early, and have low levels of financial literacy.

All of this means designing a suitable retirement product is somewhat complicated, David Atkin, Chief Executive Officer of Cbus, said at the inaugural [i3] Pension Portfolios Forum in Melbourne last month.

“When it comes to working, family and all of the life cycles that shape retirement needs, our members are on a different pathway than the general population,” Atkin said.

“The lack of career pathway, flat income progression, a lack of upskilling/retraining later in working life and greater likelihood to retire early means there is a greater reliance on Newstart and the age pension.

“Our members are also more likely to experience financial hardship and have high levels of debt on retirement.

“They’re less likely to make additional contributions into their super across all age brackets, but the starkest gap is for 45 year olds and over, when 26 per cent of Cbus members make voluntary contributions compared to 39 per cent of the general population.

“Very importantly, Cbus’ members will often be forced to retire early and on an involuntary basis.”

In recent times, there has been much focus on the merits of life-cycle funds, where risk is gradually reduced as members get older. But for Cbus these strategies are less relevant.

The fund has conducted research into life-cycle options and found the relatively early retirement of its members made this option impractical.

“The research concluded that, under most scenarios, our members would be made worse off and, in the rare cases that they were made better off, the impact was modest,” Atkin said.

“Another factor which made this life-cycle approach less appealing is that the level of retirement adequacy for Cbus members is not high, meaning the opportunity cost of foregone returns through de-risking when approaching retirement is higher.”

Keeping a high level of growth assets is important to Cbus members.

The research concluded that, under most scenarios, our members would be made worse off [in life-cycle funds]

“Given a typical Cbus member retires early and often has a low super balance … we know that it is important that our default option continues to be growth-oriented for members approaching retirement,” Atkin said.

Yet many members decide to take a lump sum in retirement, exacerbating the shortfall in savings.

It’s not that they spend it all, in fact the research shows Cbus members are quite conservative with their money. The problem is they transfer it to savings accounts or term deposits, which doesn’t give them the return they need.

“We asked members taking a lump sum what they are intending to do with it. While some use it to pay down debt – the mortgage or credit cards – a significant proportion put the cash into a term deposit or bank account – the rainy day contingency,” Atkin said.

“With no exposure for growth, this is really a disastrous move for their future.”

To help motivate members to keep their accumulated savings in an appropriate option, Cbus is looking to provide incentives for members to select an income stream.

“We’re introducing a bonus that we will pay a member when they go into the income stream, which could be up to 2 per cent of their balance if they have invested in the growth option,” Atkin said.

“We believe this will be an important behaviour change mechanism, making a difference not just in the extra cash in their super, but by encouraging members to think about what solution is right for them in retirement.”

Construction work is also dangerous and often comes with injuries accumulated during a worker’s career.

Serious workplace injury claims are twice as high for construction workers as other occupations, while the industry also suffers from a high rate of suicides: 75 per cent higher than in most other industries.

For example, research by United States annuity scholar Moshe A Milevsky indicates most longevity products in the market don’t provide any benefits until the age of 86, an age unattainable for many construction workers.

“Traditional annuities are often viewed as poor value, but this is especially so for Cbus’ membership,” Atkin said.

“Which is not to say that we are not contemplating how to ensure that members have the benefit of an income which lasts their life, but the need for certainty must be balanced against the competing needs of adequacy and flexibility.”

For key points of Coredata’s research into Cbus’ member base, please scroll down.

Key points from member segmentation research conducted by Coredata in 2019.

The physical nature of the work means they are more likely to experience injuries and health problems:

• Over a third of members working in blue collar building and construction jobs feel their health and age is affecting their ability to work, and around one third of all members expect to retire early.
• Members aged 45 to 49 are three times more likely to be out of the workforce compared to the general population.
• The average retirement age for labourers is 58 years old, and 35 per cent of labourers retire before they turn 55.