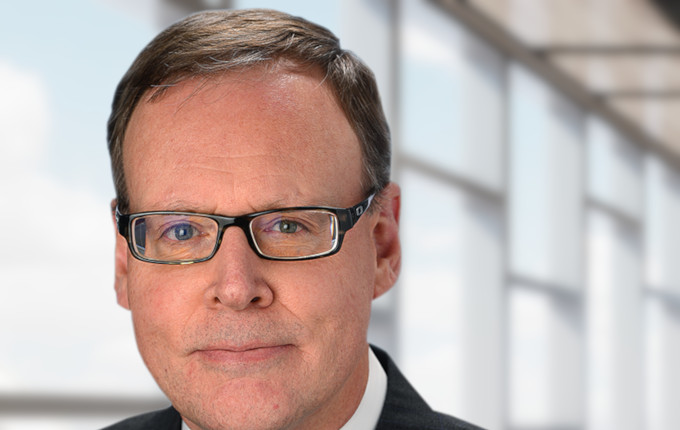 Liquidity can become a stress point in times of crisis, as was demonstrated last year. CIOs would do well to assess not only their liquidity waterfall, but also see how both their top-down asset allocation and private market activities affect their liquidity profile, PGIM says.

The onset of the coronavirus pandemic caused a moment of panic for many Australian superannuation funds as liquidity dried up in fixed income markets, while at the same time the Federal Government allowed people early access to their super savings.

This combined with capital calls from private equity managers, as the economic stress presented opportunities, and the need to cover foreign exchange hedging positions resulted in a sudden spike in liquidity demand for funds.

While most funds would have had a good idea about which assets to sell first to meet these demands as part of what is commonly referred to as a ‘liquidity waterfall’, funds did not have a clear idea of how much liquidity would be needed.

“The challenge for CIOs is how to coordinate their multi-asset, multi-currency portfolio allocations with their private market deal-making activities while meeting their fund’s liquidity demands,” Bruce Phelps, Head of PGIM’s Institutional Advisory Group, says in an interview with [i3] Insights.

The challenge for CIOs is how to coordinate their multi-asset, multi-currency portfolio allocations with their private market deal-making activities while meeting their fund’s liquidity demands

Phelps argues that with careful planning and policy simulation, CIOs can calibrate their top-down allocation to passive, active and private assets with bottom-up considerations, such as capital commitment pacing strategies.

They can take this framework and place it in the context of the various liquidity demands a fund faces, including benefit payments, members switching, dry powder creation, FX hedging, risk rebalancing and glide-path adjustments.

“We have found that many funds have not developed a systematic methodology to analyse these issues in a comprehensive way. Instead, a piecemeal approach is often taken to analyse these highly interconnected issues,” Phelps says.

“Unfortunately, in my view an ad hoc approach carries two drawbacks: the first drawback is that a fund’s liquidity risk does not necessarily increase linearly with the allocation to illiquid assets.

“Illiquid asset allocations have been creeping higher over recent years and there may well be a tipping point beyond which liquidity risk may suddenly jump higher. CIOs need to identify that trigger point.

“A second drawback, which we sometimes see in the US market, is that funds may be too conservative and underinvest in private assets, simply because they do not have a way to measure the liquidity risk of their fund.

“However, this conservatism may be excessive and may be costly in terms of future potential performance.”

Last year, Australian funds were faced with the unexpected measure of allowing people experiencing financial hardship to gain early access to their superannuation savings. Asked how funds should cater for these types of regulatory or governmental risk, Phelps answers that this offers a great opportunity to include different early release scenarios in the liquidity framework and perhaps engage Treasury in the impact of such schemes.

“It’s hard to protect yourself from a bolt out of the blue, but I think there’s a great project to be done here,” he says.

“Now, let’s introduce an early release scheme and if you rerun the numbers then you might say: ‘Oh my goodness! I’m going to have some problems here.’

Given the possibility of an early release scheme, do you want to run the fund at the same level of liquidity risk as before? How much will that reduce the expected return for everybody if you don’t

“So given the possibility of an early release scheme, do you want to run the fund at the same level of liquidity risk as before? How much will that reduce the expected return for everybody if you don’t?

“It would be a great project to do because you can go to the government and say: ‘All right, it’s your prerogative to have early release schemes, but what does that imply about the returns for Australian super funds? Does it make sense to have these schemes if it’s going to penalise all investors in these funds because they have to run it at a high level of cash?’”

Although the key focus of doing the liquidity analysis is risk management, the findings don’t necessarily result in lower allocations to private assets. Phelps says it is not unusual for CIOs who go through the exercise to find they have more space for illiquid assets than they initially thought.

“If you’ve studied this, you’ve gotten your team to think about this in a systematic way and stress your assumptions, then you may come to the conclusion that you have some more room if you believe that private assets are going to outperform public assets,” he says.

“But it’s very hard to go to an investment committee unless you’re really confident that you’ve done the analysis.

“What we have found in the US is that it is not uncommon to come across people who say: ‘We may have some more room here.’ It doesn’t mean that they will [add more private market assets]; they may say we’re still too nervous, but it’s a first step.”

This article is paid for by PGIM. As such, the sponsor may suggest topics for consideration, but the Investment Innovation Institute [i3] will have final control over the content.