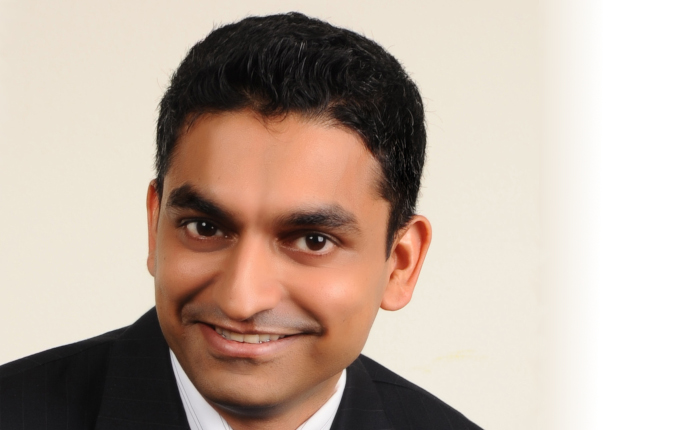 The Chinese private equity (PE) market is at an inflection point after more than a decade of rapid growth. Dan Purves speaks to Cambridge Associates’ Vish Ramaswami about what the next 10 years might look like.

From an asset owner’s perspective, 10 years ago, there were relatively few managers available and most employed a generalist strategy that might have had some venture or some growth exposure, maybe some state-owned enterprise restructuring and the occasional control deal. Everything was rolled into one – and beta was king.

Today, the market is both beginning to mature and is orders of magnitude bigger – and with that alpha has become increasingly relevant.

You have a lot more managers chasing many more themes, and given private equity and venture capital is about dispersal of returns, how do you ensure you are picking the ones that are going to succeed in the next 10 years and not looking at the rear-view [mirror]

“If the last 10 years or so was largely consumer driven, today we are on the cusp of so much more,” explains Vish Ramaswami, Head of Asia-Pacific Private Investments at Cambridge Associates.

“You have a lot more managers chasing many more themes, and given private equity and venture capital is about dispersal of returns, how do you ensure you are picking the ones that are going to succeed in the next 10 years and not looking at the rear-view [mirror]? I think that’s a challenge, so it’s a challenge of plenty if you ask me.”

The Chinese PE market is entering its teenage years – not yet mature, but neither as simple nor as small as its younger years. It is a truism that past performance is no indicator of future success, and that should be top of mind for asset owners looking to invest in Chinese PE as the managers who had success with consumer-oriented growth of the past 10 years will need to figure out what is next as the environment is changing.

This means that asset owners’ forward-looking view of managers will be subjective, or at least not as quantitatively focused as in the past. For example, does a manager’s skill set match the upcoming five to 10 years as opposed to having proven itself in the last five to 10 years? Or is there a succession plan as the teams that have been around will need fresh blood in the next 10 years?

“For LPs [asset owners] who are really serious about increasing exposure to Asia, specifically to China, some level of local capabilities are necessary,” Ramaswami says. “We’ve seen several large institutions, and even some medium sized ones who’ve set up offices at least in Hong Kong, if not in China. They are better positioned to meet managers and diligence them directly. Otherwise, I think it becomes difficult to sit in an office somewhere in Europe or the United States [and carry out that necessary due diligence].”

Return dispersal tends to be quite high between the best VC funds and the worst VC funds, and you want to make sure as a first step, that you avoid managers who are likely to give you poor outcomes

“It’s particularly important in VC [venture capital] because return dispersal tends to be quite high between the best VC funds and the worst VC funds, and you want to make sure as a first step, that you avoid managers who are likely to give you poor outcomes.

“And as a second step, of those who remain, try to find the factors that set somebody up to be in the top 10 versus the top 100.”

For PE it is a similar situation, he adds, but here there is less betting on the business model and it is more about the execution. Do they have the right skill set? For example, if it is M&A oriented then a certain skill set is required, but if it is capital markets oriented a certain other skill set is needed.

While consumer-oriented growth is plateauing, it is still very relevant for both the VC and PE space, because China is an increasingly consumption driven society. Healthcare has exploded as a very important segment across PE and VC for asset owners, but the exposure might be different than in a market such as the US.

Venture capital in China typically looks at biotech, life sciences, chemical drugs, biological drugs, and med-tech, whereas, PE might come in at the very late stages of biotech.

Asset owners are also looking at the deep gains to be made by the building, refurbishment, or consolidation of a string of hospitals and clinics, which generally tend to be a private equity theme.

Broadly speaking, technology is important for both PE and VC but the nature of it differs. In VC it tends to be innovative technology and it is moving from consumer technologies to B2B or enterprise technologies and so-called deep tech or fundamental tech – things that are not business model innovations but actual scientific discoveries or new ways of manufacturing.

For PE, the gamut includes ‘growth’ or later stage venture-backed companies across the spectrum of sectors that VCs focus on.

There still is minority growth investing in profitable old and newer economy businesses. There are also instances where PEs have taken Chinese companies private from foreign exchanges and re-listed in China or Hong Kong.

Finally, PE could also include the occasional carve out from multinationals, or the acquisition and development of a management team to do traditional buyout or to helm new companies or “platforms”.

Ramaswami observes that the market is stratifying with those in PE and VC picking their spots, be that sector specialists (such as medicine or technology) or state specialists (early, mid-stage, late stage), for example.

“And because you can’t be everything to everyone, most GPs [managers] are picking their spots,” Ramaswami says.

With all this change, there is no clear consensus amongst asset owners how much to allocate to China, with typically allocations being anywhere from close to nothing to upward of 40 per cent.

On one hand, there is an interest in figuring out how to increase exposure to China and take advantage of the changes, but on the other hand, especially over the last two years, there is also caution because of geopolitical events, Ramaswami explains.

“We don’t have an answer for that,” Ramaswami acknowledges. “[But] what we are trying to figure out is picking good institutional managers who have a niche, or an alpha generative capability, and build reasonably diversified portfolios. And one then has to assume there isn’t a black swan,” Ramaswami says.