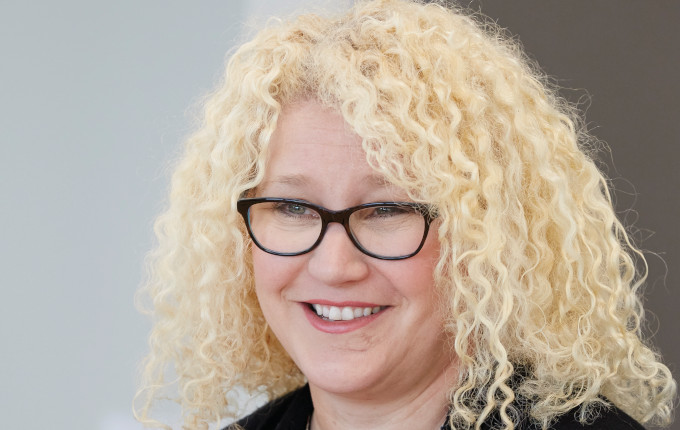 Catherine Savage retired as Chair of New Zealand Super at the end of March after 12 years on the board, five of which as Chair and four as Deputy Chair. [i3] Insights spoke to Savage about the essential ingredients of good governance.

Savage believes good governance is about both, but most of all about adding value.

“My view is that the role of the board is to guide the company successfully into the future, while governing it for the present,” she says in an interview with [i3] Insights.

“Essentially, you are providing oversight and insight for the present, but you really have to be good at providing foresight. That is really difficult.”

Often it comes down to thinking about broad strategic issues that may play out over many years, or even decades, rather than those that affect the next quarter.

“I often say to the board: ‘None of us are going to be here to find out whether this decision was right.’ But if you are making those types of big decisions, then you are part of an effective board, because that is what you should be doing,” Savage says.

“You look at board agendas [in the past] and it was about ticking boxes, while we have actually developed the [NZ Super] board to be far more strategic.

My view is that the role of the board is to guide the company successfully into the future, while governing it for the present

“Governance should be set up to create value over the long term and the way you do that is to have clear decision-making structures and structures that promote decisiveness and are transparent and accountable, but also resilient.

“A board needs to think about the investment beliefs and what it is responsible for and what they should delegate down to management. The ability to go through a couple of cycles of that is really, really important.”

At New Zealand Super, the board owns responsibility for the reference portfolio, a portfolio of liquid benchmarks that provides the baseline for what return the fund should be achieving if it didn’t make any active decisions.

From here on, the board should delegate to management to deliver added value above the reference portfolio and implement the investment beliefs.

“Having that clarity around purpose and what the delegation is is really important,” Savage says.

“And having the tenure of the board actually adds to the resilience of the governance because you are going through some cycles that are pretty stressful, to be honest.

“Once you’ve been through something like the global financial crisis, then the next time it happens, you have built up your DNA.”

Sticking to an agenda of providing strategic foresight and managing for the long term is often easier said than done. Savage gives an example of a situation where the board was challenged in their decisions in the early days of the fund’s strategic tilting program.

This program initially started as a framework for making currency decisions and caused some heated conversations between existing board members and new members joining the fund.

“As part of the reference portfolio, there was a currency position and it was just a very simple tilt against the NZ dollar,” Savage says.

“At the time, this was probably 2013, 2014, we had three board members who were investment bankers and were relatively new.

“At one point, one of them asked about the currency tilt and said: ‘How much is that in dollars?’ At the time, I think it was around a NZ$700 million loss and the fund size was somewhere between $15 to $20 billion.

“So the natural reaction – which, of course, was the right reaction if you’re an investment banker – was: ‘We’ve got to stop this, this is not good.’ And so there was a big debate of which I was on the other side of and said: ‘Well, actually that is the worst thing you could do.’

“We went into this strategy knowing that we would be in this situation at some point and that when this would happen what we should be doing is doubling down. That’s actually one of our endowments; with a long-term horizon we can actually double our position when markets are moving one way.

“So it was a really big debate among the board at that time. We had a board of seven and three people said: ‘This is just crazy!’ All valid arguments, but we said that this is not the time to stop out and we didn’t.”

Another good example of the board providing strategic direction was New Zealand Super’s approach towards climate change and how it should be viewed from a long-term perspective. While the board was initially presented with a typical active, negative screening approach, it decided the issue should be elevated to the strategy level.

“Through discussions with the board, the board said: ‘This is really fundamental to delivering on our purpose of maximising return without undue risk. This really sits in that undue risk space and we think it should be part of the reference portfolio,’” Savage says.

Climate change is going to be around for the whole life of the fund and if we get it right as an investment community, then it should have no negative impact because we're all doing the right thing. But if we get it wrong, then it's going to have a huge impact

“It’s not something that’s going to just sort of peter out in five or 10 years. Climate change is going to be around for the whole life of the fund and if we get it right as an investment community, then it should have no negative impact because we’re all doing the right thing.

“But if we get it wrong, then it’s going to have a huge impact.”

In the end, the board and management agreed this should be part of our reference portfolio and it should not just be a negative screen, but should also be embedded in the way the investment team assesses opportunities.

“It’s about making sure the portfolio is as well positioned as it can be,” Savage says.

Savage has been involved with New Zealand Super almost since the beginning, initially indirectly as Managing Director of AMP Capital New Zealand, which received the first mandate ever issued by the super fund.

She then joined the board as a Director in 2009, before being elevated to Deputy Chair in 2012.

Moving from a funds management organisation to an asset owner provided Savage with new insights into how boards operate best.

“I wasn’t really aware of the importance of board education, because [at AMP Capital] my board was largely made up of executives within the business and so continual learning happens naturally within an executive role,” she says.

“The other thing at AMP was because again the board members were largely people within AMP Limited, I didn’t appreciate the importance of the CEO and chair relationship and how important it is for them to gain trust. The onus is really on the chair to gain the trust and respect.

Diversity has become a key focus in board composition and Savage acknowledges having diversity of thinking is essential to the independence of a board, but this doesn’t mean randomly adding people with wildly varying backgrounds, she says.

“I think you’ve got to be very careful that you don’t set an independent director up for failure coming into a business. If you have an independent director that fundamentally disagrees with how you run the fund versus someone who can debate and question why we are doing things in a certain way, then the latter is preferable,” she says.

“I don’t think having someone there just to be the agitator is a good way of building culture.

I have evolved my thinking where I thought: ‘Oh, it will just naturally sort itself out,’ but actually now I don't think it will. I think it does need to be a bit more prescriptive

“There are skills you need around the board and NZ Super has got a really great mix of people who’ve come from the direct [investment] space as CEOs of listed companies. They have nothing to do with investment management, but they’re really good on direct assets and really good on governance.”

Gender diversity has become an increasingly important issue for organisations globally and Savage acknowledges her own thinking has changed over the years in this regard.

“I have evolved my thinking where I thought: ‘Oh, it will just naturally sort itself out,’ but actually now I don’t think it will. I think it does need to be a bit more prescriptive,” she says.

“When we were looking for directors or executives, we needed to be really prescriptive about diversity with the people who were the search agents.

“We needed to say: ‘You need to come back with a list where 50 per cent is female, or whatever the ratio is.’ Or maybe there’s someone who can only do an executive role part-time, and now with COVID everything’s a little bit more flexible.

“But otherwise you’re going to get the same people giving you the same list and, quite frankly, that’s just a complete waste of time.”

Board tenure has also become a topic of discussion as some critics argue organisations that have not added new members for many years may become complacent and increasingly lack independence, reducing the effectiveness of a board to keep management in check.

In Australia, the Australian Prudential Regulation Authority has stated in SPG 510 that there are limited circumstances in which tenures exceeding 12 years are appropriate.

Savage agrees board members should not become part of an organisation’s furniture, but also argues there is a minimum period before a member can meaningfully contribute to a board.

“I always said to board members who were prospects: ‘If you are really here for only one term, then don’t bother.’ Because it takes about a year and a half, one good cycle, for any board member to understand how the board works and all the processes,” she says.

“So if you are only going to be there for another two years after that, then actually from a board tenure and skills point of view it is really not worth it.

“I think it is a balance between creating value and true independence. Of course, you want tenures to be shorter when a director is not performing and you want it to be longer when you’ve got a great one.”

But having spent 12 years on New Zealand Super’s board was a key aspect to Savage’s decision to step down.

“I had been there longer than many of the staff and as a board member you have to be conscious of that. You’ve got to be a bit careful that you’ve not drunk the Kool-Aid,” she says.

To read our guide on investment goverance in Australia and New Zealand, please see here.

Beyond the Liquidity Waterfall Healthcare Innovation in China