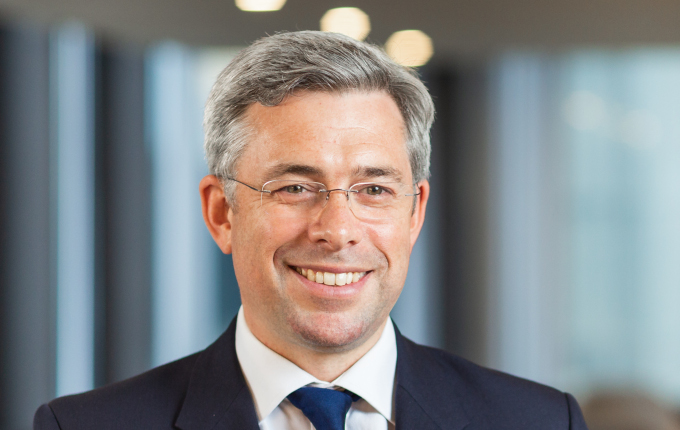 The lack of markets to reflect the true cost of climate change is their biggest failure yet, but investors, regulators and policymakers should work together to get this issue onto companies’ balance sheets, Aviva Investors’ Steve Waygood says.

The costs of climate change are not reflected in today’s asset valuations and this lack of information transmission is the single biggest failure of global markets, according to Aviva Investors.

“We see climate change as the world’s biggest market failure,” Steve Waygood, Chief Responsible Investment Officer at Aviva Investors said in a recent interview with the Investment Innovation Institute [i3].

“It isn’t for investors to correct that market failure by ourselves. We need to encourage policy makers globally,” he said. “As financial institutions [with fiduciary duties] we have to do what we can to … restructure markets so the failure no longer exists as a market failure.

We see climate change as the world’s biggest market failure. As financial institutions [with fiduciary duties] we have to do what we can to … restructure markets so the failure no longer exists

“[And] it is incumbent on us, as individual financial market practitioners to offer these ideas to policymakers, who do not always understand markets and often never have worked in them,” he said.

Waygood argued that climate change and the cost of carbon today are still issues that play outside of the day-to-day activities of companies, regardless of whether they contribute to the problem or not.

The solution is to force companies to internalise the problem through regulations and standards, fiscal measures, including tax and subsidies, and market mechanisms, such as carbon trading schemes.

“It is only through doing that, that the cost of capital will reflect the true cost of carbon,” Waygood said. “And it is only when that has happened that we actually have global capital markets functioning in a way that they should be, in order to make sure that we are meeting the needs of the present without harming the ability of future generations to meet their own needs.

“And that is the classical definition of sustainable development,” he said.

No Hiding in Diversification: Waygood

Investors can’t dodge the problem by simply investing in companies that do better on mitigating climate change than those in polluting industries, Waygood said. It is a systemic issue that requires a global response from all parties involved.

“This isn’t a risk one can diversify away from,” he said. “We can’t diversify portfolios away from this kind of economic damage; it will hit all economies and actors, albeit in different ways.”

Waygood proposed three ways to tackle the problem and mobilise markets. The first is to assess the role that companies and countries play in climate change.

Waygood, who is a member of the Financial Stability Board Taskforce on Climate Related Financial Disclosure (TCFD), called on United Kingdom-based companies to file TCFD reports and lay out plans how they can finance climate adaptation and mitigation.

We can’t diversify portfolios away from this kind of economic damage; it will hit all economies and actors, albeit in different ways.

“We also encourage transition plans and countries to do capital raising plans,” he said. “The Paris agreement requires that every country that ratifies it to produce a nationally determined contribution…, but these seldom have a detailed capital raising plan to say how they then will fund the infrastructure that then is required.”

Finally, Waygood would like to see the creation of an international platform for climate finance, a mechanism that would bring together countries to help them obtain the capital they need to change their economies and become carbon neutral.

“For example, how do they build a grid that facilitates renewable energy? There are thousands of other questions and they require trillions of dollars in capital per annum,” he said.

Trustees of pension funds also have a role to play in bringing climate change costs onto the balance sheets of companies. After all, the consequences of failing to address this could be far-reaching.

“I think it would be very sensible for trustees to inform themselves about the Minsky Moment for climate change (a term used by Mark Carnegie, the former Governor of the Bank of England to point to the possibility of rapid, climate change induced price adjustments – referring to the work of the economist Hyman Minsky).

“This is why central banks are so worried, there is a financial stability moment that has been mooted about the potential consequence in the energy sector of a rapid repricing,” Waygood said.

Trustees should, for example, ensure they get reports from external investment managers on how these managers have used the organisation’s voting rights.

They should also use the United Nations-backed Principles for Responsible Investing, principles that Waygood helped write, as a tool to hold companies accountable.

“I’m a big fan of using the UN principles for responsible investment as an accountability tool. If your third party managers haven’t signed the PRI, then they should. And if they have, then ask for the PRI’s assessment of how they are performing,” he said.

Steve Waygood will speak at the [i3] Webinar: Achieving ‘Net Zero’ Targets: Roadmap for Institutional Investors, to be held on 25 March. To register for this webinar, please click here.

A Pandemic Review The Importance of Asset Allocation