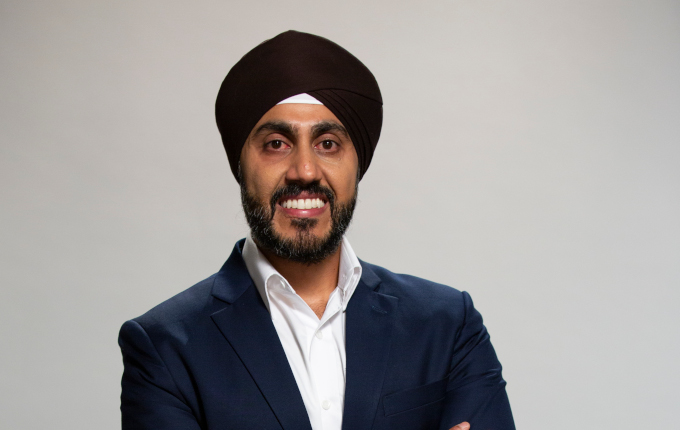 The world seems to be in a state of flux.

At the time of writing, the global deaths from the coronavirus pandemic stood at over 2.5 million people and the pandemic showed no signs of slowing down, despite the start of vaccination programs.

The United States was still reeling from an attempted coup by far-right Trump supporters, who violently stormed the Capitol, while tensions between China and the rest of the world were steadily increasing.

This turmoil has been reflected in investment markets.

Whereas at the end of the first quarter last year stock markets tumbled as the extent of the pandemic was realised, a quick recovery followed on the back of monetary and fiscal stimuli by governments around the world.

Value-style investing had been in the doldrums for the past 10 years, but experienced a renaissance in November as COVID-19 vaccines were announced.

How to invest under such tumultuous circumstances?

It would be nice if funds were in a position where they just could set and forget, but this might not always be the best risk management decision.

Dynamic asset allocation (DAA) is one option that can help mitigate the worst of the swings.

Jujhar Toki, Senior Investment Manager at Colonial First State (CFS), was the driving force behind the development of the DAA process in his previous role at CommInsure.

When you are focusing on strategic asset allocation (SAA), you try to look at structural changes in markets. But when you are implementing DAA, you are looking at particular cases in those markets and you want to benefit from dislocations.

“We tried to look for anomalies in markets. We were not trying to time markets,” Toki says in an interview with [i3] Insights.

“When you are focusing on strategic asset allocation (SAA), you try to look at structural changes in markets. But when you are implementing DAA, you are looking at particular cases in those markets and you want to benefit from dislocations.

These are not quick shifts in allocations. Although it is a dynamic process compared to setting an SAA, it still takes several months to implement from the moment an idea is formed to the time it is executed.

Once in place, Toki expects decisions to come to fruition over a period of 18 months to three years.

“You need that much time because there is an implementation lag. So we did some work around how long it takes to implement an idea,” he says.

“It is probably three to six months from when you get an idea. You think about it and do some work around what you want to do and then you go to the DAA committee, which was a quarterly committee.

“So the earliest that you can make a decision is in two to three months. Having this time frame, you then need about 18 to 36 months for this decision to play out. It could be longer.”

Toki studied actuarial and finance at the University of NSW and initially planned to be an actuary. But while at university, he did his major in portfolio management, which ultimately landed him a job at Mercer.

At Mercer, he specialised in alternatives and in particular private equity, while also providing general investment advice to superannuation clients. A desire to be more hands-on directed him towards a role at CommInsure in 2011.

“Once again, the reason I got that job is my actuarial background. I worked at Mercer with a couple of clients that had an insurance background, so I understood the whole asset liabilities side of things. It was mainly about investments, but you had to understand asset liability,” he says.

“I was mainly in charge of the unit-linked portfolios at CommInsure, about $7 billion at the time. They were the old diversified funds that were linked to insurance portfolios. That was a big thing in the ‘80s and ‘90s before default superannuation.

“A lot of people got exposure to investment markets through those diversified funds.”

It was at CommInsure that Toki got the chance to develop a DAA process.

The key reason why we did DAA was risk management. That was the primary objective and achieving a return was secondary, although the first thing anyone always asks is: ‘How much money did you make?

“The key reason why we did DAA was risk management. That was the primary objective and achieving a return was secondary, although the first thing anyone always asks is: ‘How much money did you make?’”

The team at CommInsure had a limited fee budget and a significant portion of the investments were implemented passively. In the absence of active management, DAA provided them with a tool to better control the risk.

“As an insurance company, we were very focused on risk and that resonated very well with the board. This is why it was approved – it would deliver a better risk-adjusted return. We built risk tools and the decisions we made were from a risk perspective,” Toki says.

“We ended up making money while controlling the risk, which is the holy grail of DAA, but it doesn’t always go your way.

“For example, we went overweight global equities in our growth fund, which was a very positive thing nine years ago, but the decision that detracted was moving money from bonds to cash.

“That decision was made on a risk basis about bond yields, but scarily they fell another two or three per cent from where they were. You are not losing any money, but it is an opportunity cost in terms of not being in bonds.

“We did end up having a positive contribution from DAA. We had an 80-10-10 rule, where we wanted 80 per cent of our returns driven by [strategic] asset allocation, 10 per cent from active management and then about 10 per cent from DAA.

“And then we had a very similar construct from a risk perspective as well. In terms of risk reduction, we wanted to reduce 10 per cent of risk through DAA, 10 per cent from active management, and so on.

“So the decisions were easier to make because you had a risk framework and a purpose of why you did DAA. It certainly wasn’t to make money because you would never get that across the board.”

Toki joined CFS in 2014, initially on secondment to replace a portfolio manager who went on sabbatical. He started out managing real estate investment trusts (REIT) and listed infrastructure, but ultimately found his way to asset allocation again.

“I knew the team because we all used the same back office. So they asked me if I was interested in coming down for a secondment to try things out and I said: ‘Yes, why not?’ It was something different; it is a retail fund,” he says.

“I had specific portfolios to manage, which were AREITs, global REITs and global listed infrastructure. They extended my contract and asked me: ‘What else can you do?’ I said that I could do asset allocation, that was one of the other things that I like doing.

“So I’ve had a number of roles, including looking after the REITs and infrastructure and creating the strategic asset allocation process at Colonial First State over the years, which I have been running for the last five to six years.”

Toki also was the key driver in the establishment of a direct investment program and CFS now has about $540 million invested in direct infrastructure, while it currently has about $80 million in direct property.

There are commitments for an additional $120 million in property investments.

It is no mean feat for a fund that is required to provide daily liquidity.

“It is very difficult for a retail fund to invest directly, since we have daily unit pricing. So I had to put a business case together around where we should make those allocations and why,” Toki says.

In the end, he decided to invest directly only in the MySuper portfolios as these funds have a steady stream of contributions coming in, whereas its pension and retail investment portfolios experience less predictable cash flows.

“We initially started off with the MySuper strategies. We also made allocations to members that were 50 and younger because they have a long-term time horizon, which means they can hold those investments for a significant period of time,” he says.

Toki set up the business case to get the approvals for the allocations and subsequently made the first direct investment, which was into the secondary market, using some of his experience gained at Mercer.

My idea was to build a core infrastructure portfolio around income. We wanted around 30 to 50 per cent of our return coming from income, rather than capital growth. We invested in regulated utilities with limited GDP sensitivities

“My idea was to build a core infrastructure portfolio around income. We wanted around 30 to 50 per cent of our return coming from income, rather than capital growth. We invested in regulated utilities with limited GDP sensitivities,” he says.

“We have been running that for over three years now and it has returned just over 10 per cent per annum and it has generated a yield of about 4.5 per cent.”

Asked if he sees infrastructure, and to a lesser degree property, as a replacement asset for bonds, Toki chooses his answer carefully.

“It is still a growth asset, but you are right, you need other levers in the portfolio. You can imagine that our portfolio is full of equities, different classes of equities, as we never had any direct investments prior to me coming on board,” he says.

“So yes, we wanted a more consistent return profile. We wanted to lower the volatility of the portfolios without compromising returns. But it is still in the growth bucket.

“We define it as 75 per cent growth, 25 per cent defensive, which is not that different to the broader market, but yes it definitely has some defensive characteristics compared to listed infrastructure and REITs, which we classify as 100 per cent growth.”

This is part II of the interview with Jujhar Toki. To read the first part, please click here.

Climate Change is Biggest Market Failure The End of Growth