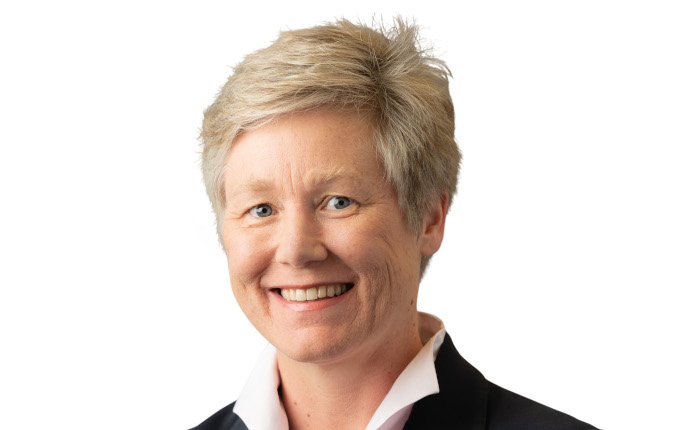 Sally Auld joined JBWere as CIO in the midst of the pandemic. We discussed how she has adjusted the asset allocation to cope with increased volatility and the turmoil that is yet to come.

When Sally Auld joined JBWere as its Chief Investment Officer in 2020, she left behind a 12-year career at JP Morgan, where in her most recent role she was the Chief Economist and Head of Australian and New Zealand Fixed Income and FX Strategy.

It has been said that fixed income specialists make better CIOs than equity investors because they often need to take a broad perspective on economic developments, while most equity investors tend to go deep, but stay relatively narrow in their company analysis.

“That is music to my ears when I heard that,” Auld says in an interview with [i3] Insights.

“It is interesting because I think we learned in the financial crisis in particular that fixed income markets are fundamental [to investing].

“And so you had equity people asking questions such as: ‘What is the spread between LIBOR (London Interbank Offered Rate) and OIS (Overnight Indexed Swap), and what does it mean if it goes from plus 30 [basis points] to plus 80?’

We learned in the financial crisis in particular that fixed income markets are fundamental [to investing]... Again, in the last six to 12 months, we've learned about the damage that a rising rate environment can have on every other financial market

“These were parts of the fixed income markets that most equities people didn’t even know existed, yet were pretty fundamental to what was playing out.

“Again, in the last six to 12 months, we’ve learned about the damage that a rising rate environment can have on every other financial market. So I’ve always looked at fixed income markets as really fundamental to the rest of the investment universe.”

But she is also the first to admit she has picked up a few lessons about equities since taking on the role.

“We’re very lucky to have some great equity people at JBWere who are quite experienced in that space. Looking at the relative value within equity markets has been an interesting thing for me to see and thinking about how you make the call on whether you like a particular geography more than another,” she says.

“But in my role as CIO, I don’t need to get into the weeds of a particular company and so I’m not the right person to ask whether I should be holding ANZ or Commonwealth Bank in my portfolio.

“Yet, I do think any CIO has to be able to talk competently about an asset class and where the value is within the asset class.”

Since joining the wealth manager, Auld has made a few changes to the strategic asset allocation as the economic environment today is very different than it was just a few years ago.

Whereas in the past few decades investors have effectively been able to ride a bull market in interest rates, which also pushed up equity prices, the future is looking much bleaker. This means investors should place more emphasis on diversification.

“We’ve been in this pretty benign world for most asset classes. We’ve had a structural bull market in interest rates and that’s been a massive valuation tailwind to equities and real assets, in particular property. So it hasn’t mattered much where you put your money in the last couple of decades because everything has done super well,” Auld says.

She believes the structural change in inflation has been somewhat underestimated and she doesn’t see it coming down to the historical average anytime soon.

“There is this whole notion of inflation coming down from where it is at the moment, but I think there are reasons to worry that inflation might be structurally higher over the next couple of decades,” she says.

“We’ve learned the hard way this year that a 60/40 portfolio, with a bit of fixed income and equities, hasn’t done particularly well with that macroeconomic backdrop and so across our clients what we see is that the ones who have been running genuinely diversified portfolios are the ones whose portfolios have outperformed.”

Not only does she expect inflation will remain high for some time to come, but she also expects to see shorter macroeconomic cycles, with possibly more volatility.

“Going forward, we’re probably going to have a more complex, more volatile macro environment. You only need to look at what’s going on with energy prices and how that potentially plays out over the next five to 10 years to get a sense of that.

“That is going to require more sophistication on the part of private wealth investors to try and generate the sorts of returns that they’ve been used to, which have been pretty generous, but it also probably means more nimbleness.

Changes in the Portfolio

In the past 18 months, Auld and her team have made a series of changes in the asset allocation of JBWere, taking some risk off the table as the likelihood of a recession in the US increased.

“We have made a couple of changes to the asset allocation, including some smaller ones through 2021 and early 2022, and then a bigger one in the second quarter of this year, where we had a meaningful shift out of growth assets into defensive assets,” Auld says.

“It was mostly international equities that we cut back on and then deployed [the money] into government bonds and credit. It has been good on the equity side in the sense that we’ve caught the downdraft there.

“Fixed income has been a bit more problematic because yields are obviously higher now than they were back in May, but at the same time the income part of your portfolio has picked up a lot as well.

“So I think we’ve caught the call to get a bit more defensive on positioning reasonably well and reasonably earlyish.”

Auld and her team make use of an asset allocation model that looks at the relative returns across asset classes and it signals when certain asset classes get heavily sold off. For example, when equities sell off sharply, the expected future return of that asset class goes up compared to other asset classes, and vice versa.

“Earlier this year, we took some capital out of real assets because they performed so well and they were looking a bit expensive. The model would then say: ‘Because the market is expensive, your expected returns aren’t going to be as good as they have been. So maybe it makes sense to cut back the asset allocation,’” Auld says.

As superannuation funds in Australia have grown, several have started to insource asset management functions. JBWere does not do this; rather, it has developed a series of model portfolios that its advisers can use as the basis for a client portfolio and potentially adjust to fit the clients’ circumstances.

In Australian equities, for example, it runs two model portfolios. One is focused on income generation, while the other has a balanced growth profile. In fixed income, it runs a model hybrid portfolio.

There have been some pretty hard lessons learned in private wealth, where you can get those conflicts of interest with advisers just selling products that have been generated by the firm. I think we're very mindful of that at JBWere, so that's not an area that we want to expand in

“We find some clients follow the model portfolios to the book, while other clients might not,” Auld says. “One of the great things about private wealth in a firm like JBWere is that it offers a level of customisation, because every client is different.”

Auld doesn’t expect JBWere to insource asset classes, such as private equity or international fixed income, as the company feels it is important to offer an open architecture model to clients.

“There have been some pretty hard lessons learned in wealth advice of late, with advisers facing conflicts of interest around firm-generated product. We’re very mindful of that at JBWere, so that’s not an area that we want to expand in,” she says.