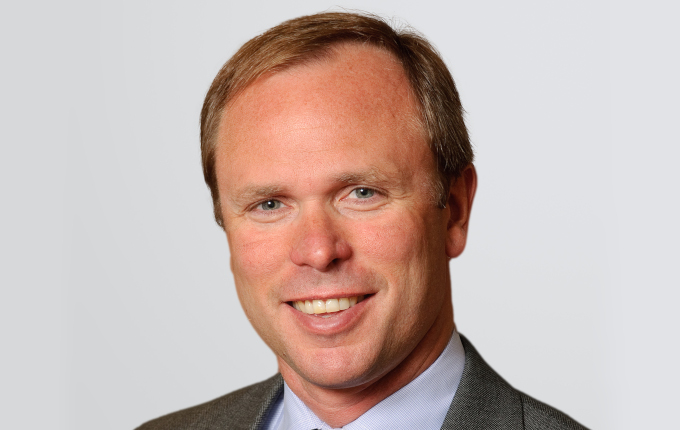 Fixed income investors have the ability to be more granular in their approach to sustainable investing than equity investors. We talk to Tom Lyons of Allspring about how this can be implemented in relation to not only climate change, but also biodiversity.

Sustainable investing has a long tradition on the equity side of the asset class spectrum, but in fixed income the practice has been of a somewhat more recent nature.

This is understandable since debt occupies a lower rank in the capital stack than equity does and so engagement with company management and boards tends to have more gravity when it is initiated by shareholders.

But fixed income investors have a unique ability that is unavailable to equity investors.

Where equity investors buy a broad exposure to the overall business, fixed income investors can be more granular in their investments.

But investors can also express specific concerns through traditional credit instruments, favouring credit issued by subsidiaries that have a low-carbon footprint, or are rapidly decarbonising, over the more carbon-intensive activities of the parent company.

“Unlike equities, in credit many companies issue bonds at a subsidiary level, rather than at the parent level. If a company is engaged in a dozen different activities, then you might see a dozen different subsidiaries issuing debt independently,” Tom Lyons, Head of Sustainable Investments, Global Fixed Income Research at Allspring Global Investors, says.

“Take for example a big diversified financial like Berkshire Hathaway. It has certain subsidiaries including rails that consume fossil fuels and are relatively emissions intensive. But it also has actively decarbonising subsidiaries that are part of its MidAmerican Energy subsidiary, which issue debt directly as well,” Lyons says in an interview with [i3] Insights.

Markets and regulators have a very strong tendency to ignore, and therefore misprice, the value of clean air, clean water, or clean land. Climate fascinated me because it ... highlighted these tremendous market inefficiencies

“So this is a perfect example of where we may not be thrilled with certain well-defined elements of Berkshire Hathaway’s business, but the cleaner parts of the business, particularly in the project finance and solar areas, can be quite appealing.”

Berkshire Hathaway, which is well-known for its backing by legendary investors Warren Buffett and Charlie Munger, initially started as a textile producer in the late 1800s, before Buffett pivoted the company towards the insurance industry with the acquisition of National Indemnity Company in the late 1960s.

Although today Berkshire Hathaway is a holding company for a wide range of activities, insurance is still a key part of the company and it offers predominantly property and casualty (P&C) insurance through about 70 United States and international insurance companies.

“Berkshire Hathaway’s insurance subsidiaries have relatively low emissions and if we think about what it’s going to take for decarbonisation to succeed, then risk transfer, which is what P&C insurers provide, is key to decarbonisation,” Lyons says.

“That story is less developed at the moment at Berkshire Hathaway, but I’m quite confident that will be part of the solution.”

Lyons started his career as a credit analyst of energy and utilities companies. But unlike some of his peers, his interest in sustainability issues was there right from the start.

“When I was an undergraduate I was extremely interested in natural resource and economic issues, but there was no related major at that time where I studied. So I independently constructed a cluster of topics that catered to those interests,” he says.

“Markets and regulators have a very strong tendency to ignore, and therefore misprice, the value of clean air, clean water or clean land. Climate fascinated me because it was so non-adaptive and it highlighted these tremendous market inefficiencies that were major problems and major opportunities.”

He derived further inspiration from a collective of activists who campaigned not on the basis of a higher moral good, but whose reasoning was steeped in economic doctrine and a quest to put a price on the unpriced. This way of thinking about sustainability issues has shaped his approach to this very day.

“Around 1990, there were a few really bright and innovative conservation activists, particularly in the Environmental Defense Fund, who were hounding utility regulators around the United States,” Lyons says.

In the first instance, their arguments were based not in ethics, but in economics and public policy. And these arguments couldn’t be ignored. This led to a wave of more efficient approaches to utility regulation in the US and abroad.

At the same time, market-based solutions for reducing sulphur dioxide and other pollutants were launching in various regions. Regulators were internalising economic externalities.

“This new regulation totally changed the strategy and value of utilities that were traded in the market and really set off a decades-long pivot in corporate strategy and security values globally,” Lyons says.

“It was a very exciting time to be focused on sustainability and that led me to utilities and energy.”

Climate change, and decarbonisation in particular, are today key strategic issues for most companies around the developed world, helped by governmental pledges to carbon neutrality in the wake of the Paris Agreement.

But biodiversity is quickly establishing itself as the next pain point on the road to sustainability.

Lyons is an adviser to Willis Towers Watson’s Thinking Ahead Institute, which sees him engage with many asset owners and investors on sustainability issues. Biodiversity has become an increasingly important part of the narrative at these meetings and for good reason, he says.

“There are two things that really stand out to me in regards to biodiversity and investing. The first is that biodiversity certainly deserves to be a major investment theme,” he says.

“It provides an enormous source of value to society, both priced value that is recognised by markets and here we can think about the provision of timber, food, energy and fresh water, but also unpriced sources of value, such as water filtration, air filtration, soil erosion, flood control and that list goes on.

“So the natural economy, which includes biodiversity, is far greater in value than the financial economy. Those unpriced sources of value I expect to become more fully priced over time.”

Biodiversity certainly deserves to be a major investment theme. Biodiversity is connected to several planetary boundaries that if breached really threaten the habitability of the planet

Apart from the unattributed value of natural assets, biodiversity is also closely linked with existential risk, he says.

“Biodiversity is connected to several planetary boundaries that if breached really threaten the habitability of the planet. These include things like climate change, nitrogen and phosphorus cycles, fresh water availability, ocean acidification and others,” he says.

Of course, there is some overlap here with climate change as the heating of the earth causes further habitat loss, in addition to habitat destruction from development and construction, adding to the threat of a reduction in biodiversity.

“Climate change is connected to each of these, whether it’s the provision of ecosystem services that give us substances that we need to survive or whether they are services that help maintain the quality of a broad range of natural resources,” Lyons says.

“But the narrative around biodiversity is simply less mature right now than it is with respect to climate change. Advocates of decarbonisation have done a remarkable job simplifying the message [of climate change], where we have an urgent problem in the form of a tipping point that we’re rapidly approaching at mid-century, and if we don’t act immediately, we’re going to breach it.

“But [with biodiversity] the narrative hasn’t become as developed as it needs to be to mobilise society and markets.

“I do think that we’re headed in that direction in Europe right now. Biodiversity is absolutely top of mind there and it is spreading in the US and in parts of Asia. But I think we’re going to need a few more years before we have the same level of focus and the same urgent and simple message as we have in climate change.”

Climate change and biodiversity loss are important trends that will shape the direction of our future and the very nature of economies. But sometimes these broad, long-term trends can be tricky to translate into direct portfolio decisions.

Lyons says it helps to go back to basics in this regard and think about the key risks that might affect the value of individual securities.

He gives an example of child labour practices. Before regulations banned child labour, some companies were dependent on this practice for their profitability. But as views on child labour started to shift in the first part of the 20th century, those businesses became largely unsustainable.

“Investors should have known that companies dependent on child labour were running a big risk as conviction grew among the general public that this wasn’t the right thing to do,” Lyons says.

“You take an issue like that and when new laws or new regulations come in, then all of a sudden it becomes priced in.”

A similar argument can be made for the establishment of the sulphur dioxide market, which is currently estimated to be US$10 billion in size.

“In the ‘80s or ‘90s, folks in the north-east knew fully well that burning coal put sulphur dioxide into the air, which led to acid rain, and there was an economic cost that was not borne by the power generators,” Lyons says.

“The response led to a new market for the right to emit a ton of sulphur dioxide into the atmosphere and so the unpriced became priced.”

Creating a market to trade unpriced costs is one way to deal with a sustainability problem, but there is also a significant opportunity cost associated with ignoring sustainability issues.

“In the case of sulphur dioxide, they created a market structure which sought to eliminate sulphur dioxide over time, not unlike what we’re doing with carbon at the moment. There was a supply based on the emission rate and there was a market clearing price, so you could go back to market-based fundamentals in situations like that,” Lyons says.

“In other cases, opportunity cost is the determining factor. If we think about mangroves and the south-eastern United States that protect sensitive areas from rising seas, extreme weather and associated floods, what would be the infrastructure cost to replace them or what will it be when those one day disappear without proper regulation?

“It is hard to estimate, but being able to apply a more market-based thinking around opportunity cost can provide some guidelines in putting a price on this.”

This article is sponsored by Allspring Global Investments. As such, the sponsor may suggest topics for consideration, but the Investment Innovation Institute [i3] will have final control over the content.