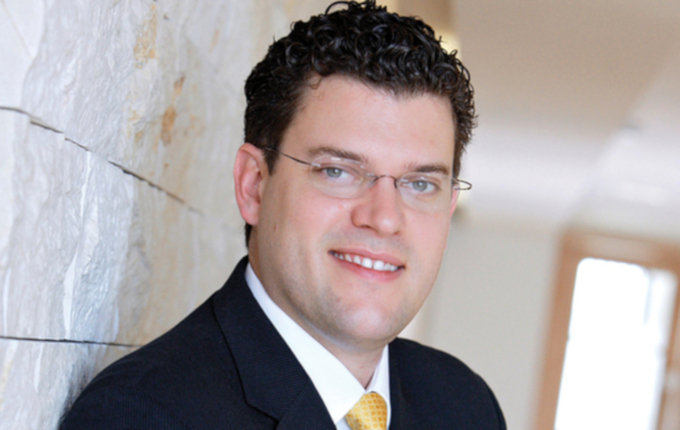 In an environment where bonds yields are close to zero, where do you look for defensiveness? Currencies are one answer, Franklin Templeton’s Michael Hasenstab says.

Ever since central banks moved their cash rates close to zero, or even into negative territory, investors have been debating the role of bonds in their portfolios.

And it is also true that as the coronavirus pandemic spreads across the world – causing unemployment to increase rapidly, while the first bankruptcies are starting to filter through – it is less likely interest rates will rise anytime soon.

But with many sovereign bonds hovering around the zero bound, the question is how much further can yields fall?

This causes a problem for portfolio construction as the role of bonds as a defensive asset has been diminished.

“We want to find a way to preserve capital, enhance returns, diversify in the way that bonds used to do for the last 20 years, but unfortunately with interest rates at zero they can’t be that tool,” Hasenstab says in an interview with [i3] Insights.

We want to find a way to preserve capital, enhance returns, diversify in the way that bonds used to do for the last 20 years, but unfortunately with interest rates at zero they can’t be that tool

“So we’ve shifted more into the currency space, including safe-haven assets like the Japanese yen and the Swiss franc, to try to provide that return enhancement diversification that interest rates used to provide but can no longer provide.

“I would say that once we get close to that zero bound, of course we can go more and more negative and you can get some capital appreciation, but in a world where we are printing money, deficits are large, we’re close to zero per cent yields, it just doesn’t seem attractive to us.

“One of the big challenges in portfolio construction is that what worked for the last 10 years is unlikely to work for the next 10 years. So we’ve tried to take a step back and say what’s undervalued, what looks attractive and that’s where we’ve focused more on the currency side.”

He expects to remain defensively positioned for several months as the full economic fallout of the pandemic reveals itself.

“We’re going to face a reality check over the next six months. Yes, central banks have cured a lot of the liquidity issues, but the challenge ahead will be solvencies: how do you create revenue that has evaporated?” he says.

“I think the US will probably face close to a 15 per cent unemployment rate, which will lead to a savings rate that’s larger than what we’ve seen since the 1970s and that’s a challenge. So, phase one for us is to preserve capital, look for assets that make money when risk assets sell off without using interest rates.”

The strategies have exposure to the Japanese yen through a variety of assets, including short-term bonds and currency derivatives, resulting in a net position of more than 50 per cent yen exposure, where the benchmark (the JP Morgan Global Government Bond Index) has an allocation of just 20 per cent.

“We’ve brought value at risk broadly lower over the last year to its lowest point in the last decade, but certainly we will take high-conviction positions. The Japanese yen is one of our largest currency denominations,” Hasenstab says.

Phases of the Crisis

Hasenstab divides the current economic malaise into two distinct phases. In the first phase, the strategy takes a defensive position, particularly in safe-haven currencies because they offer a source of downside protection since historically they have had low correlations to broader risk sectors, and they show scope for meaningful appreciation.

The second phase should present more opportunities and allow investors to take advantage of dislocations in the market for assets that are compelling, long-term investments, but are experiencing short-term price distortions.

“Going into phase two, there will be a lot of distressed markets, particularly in emerging markets,” Hasenstab says.

“When you start to position for distressed opportunities, it may take years to play out, so we’ll be patient on that. I think the first phase is a shock, maybe that happens over the next year or so, but the second phase is normalisation and that could happen quickly or it could take multiple years.”

During the Global Financial Crisis (GFC), Hasenstab followed a similar strategy. After initially taking a defensive position during the onset of the crisis, he gradually added high-conviction positions as the world moved into the second phase of the crisis, eventually taking large positions in places like Ireland and Hungary, among others.

He sees many similarities between the GFC and the current crisis.

“When we were building our portfolio we looked a lot at our pre-GFC playbook: get defensive, pursue alpha from different safe-haven sources, buy yen, Swiss franc, lower the value at risk, so that when things blow up you have the dry powder to take advantage of that opportunity,” he says.

The big difference this time would be the magnitude and probably the period of time will be longer. During the GFC, it was a very quick rebound and in emerging markets many countries never went through a recession; China was still growing, commodities were still boosted. I think this time will be tougher.

“So yes, I think there are a lot of similarities, but the big difference this time would be the magnitude and probably the period of time will be longer. During the GFC, it was a very quick rebound and in emerging markets many countries never went through a recession; China was still growing, commodities were still boosted.

“I think this time will be tougher. We just need to be a bit more patient before we pull the trigger. But ultimately it is somewhat similar in that when markets finally correct, people panic over everything and that’s usually the opportunity.”

He expects to see the more interesting opportunities coming out of emerging markets, but currently there are few attractive assets out there.

“The focus for us is on the emerging markets space and we just have not seen much distress. There have been a handful of countries that have gone through restructurings and facing that stress, but we are just being a bit more patient this time,” he says.

“We are spending most of our time looking at countries that have done the hard work over the last decade, whether it’s lowering debt to GDP (gross domestic product), lowering external liabilities or improving on key ESG (environmental, social and governance) issues. Of course, everyone is going to face a very difficult shock, but if your initial conditions were strong, you have the ability to get through it.

“If your initial conditions were that you’re on the brink, then this will push you over the brink. It’s not so much about regional characterisations right now, it’s more about looking for individual countries that have lower levels of debt, have political stability and diversified economic drivers.

“I think one of the other big trends that we should think about is deglobalisation. For the last 30 years, I remember from my grad school class at ANU (Australian National University): free trade is good and you’ll spend the next two years understanding why it’s good.

“But is free trade good? Many policymakers are questioning that and if we move away from free trade, which might be the right answer, then there’s going to be consequences. The cheap cost of goods will be reversed, supply chains will be disrupted and it could be beneficial for certain countries.

“I think a regionalisation of trade could have interesting implications from Indonesia to Vietnam to Mexico as countries de-engage from China, so I think that’s interesting.

“So the only area that we can control amid the uncertainty is the portfolio construction aspect, which can be somewhat less exciting than the geopolitics, but is ultimately more important.”

This article is paid for by Franklin Templeton. As such, the sponsor may suggest topics for consideration, but the Investment Innovation Institute [i3] will have final control over the content.