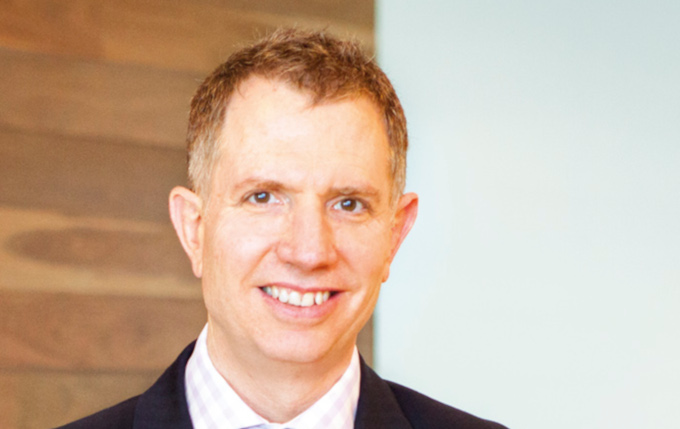 If there is one issue that will define 2020 from an investment perspective, then it is not so much the turmoil in equity markets caused by the coronavirus pandemic in the first part of the year, but rather the demands the pandemic has made on fund liquidity.

Liquidity demand has not only come from the early access to super scheme, which has seen more than $30 billion being withdrawn from the system so far, but also from members switching out of growth options into more conservative and cash options.

Liquidity demands were further heightened by the fact funds also wanted to make sure they could act on the investment opportunities that inevitably present themselves during a crisis.

Ian Patrick, Chief Investment Officer with Sunsuper, and his team drew on the experience of the Global Financial Crisis (GFC) when they started to see the first signs of pressure on liquidity building up.

“Back in February, when we saw the first signs of member switching – so well in advance of the announcement of the early release of super – we put in place a daily liquidity working group and the main reason for that was lessons emanating from the GFC and subsequent periods of market weakness and the observation on switching,” Patrick says in an interview with [i3] Insights.

“Liquidity is particularly important for options such as the capital guaranteed option, which we still have. There is a little bit more nuance around this option in terms of managing the underlying exposures, because you have to go to the life office and say ‘we are making a contribution’, and in this day and age that is not straightforward, given the balance sheet management.

“So it might sound odd that we’ve started a daily liquidity working group before the early release scheme, but it was because of those kinds of issues.”

One of the problems the working group identified early on was the lack of comprehensive and timely data.

“It was evident to us that we probably needed a little bit more granularity in some of our reporting, principally because of margin movements and the fact that we were historically reasonably comfortable, for want of a better word, with the T+2 reporting from the custodian,” Patrick says.

“But we wanted to move to real-time reporting so that we could understand the liquidity demands from a margin point of view, in particular, and FX settlement.

“Now, at no stage were we really concerned about the liquidity position. That is because of our stress testing. It might not have had the word ‘pandemic’ at the top, but it has some fairly severe scenarios in combination with large-scale switching, equity markets down, currency down and the redemption of a large corporate [super client].”

Under its extreme-case scenario, Sunsuper calculated the impact of an equity market downturn of 40 per cent, at the same time as 25 per cent of members switch out of high-growth options to cash or low-growth options, while the currency falls 20 per cent. This scenario also included the loss of a $500 million corporate superannuation client, at the same time as some of Sunsuper’s private equity commitments were brought forward.

Luckily, such a scenario didn’t play out.

“The combination of member switching and the loss of a large corporate would far exceed the extent of the early release outflow that we’ve seen,” Patrick says.

“So we weren’t overly concerned from a liquidity outcome point of view, but we were cognisant that as this episode progressed, we would need to have cash ready at hand.

“As a consequence we started to develop, what we call, a ‘liquidity waterfall’ to ensure that we were well prepared.”

When the government announced the early access to super scheme, where those experiencing hardship could take in total $20,000 out of their account, the team needed to adjust their projections of how much liquidity was needed.

“Suddenly we had to include in that forward view of liquidity requirements estimates of the payments for early release. And there were many suggestions of what that might be, so landing on a number that was somewhat objective took a bit of time,” Patrick says.

“In the end, like many, we went for a base-case, an extreme-case and a low-case scenario [of redemptions] and we projected our liquidity needs on the base case, but with an eye on the extreme case.

He estimates the fund had sorted out its liquidity position by the second week of April, well in time before the first payment under the early access to super scheme.

We had a view, rightly or wrongly, that others might not have been as proactive in raising liquidity and we didn’t want to get caught in a squeeze just before the early release payments started

“When it came to the first payment period, the 20th of April, all the hard work in the investment portfolio had been done. We prepared early and part of that was because we had a view, rightly or wrongly, that others might not have been as proactive in raising liquidity and we didn’t want to get caught in a squeeze just before the early release payments started,” he says.

As of 26 July, Sunsuper has paid out $3.1 billion in early release applications, data from the prudential regulator, the Australian Prudential Regulation Authority, shows. It places Sunsuper in second place in the list of funds with the highest level of payouts, right behind AustralianSuper, which has paid out $4.2 billion so far.

Despite this seemingly large figure, Patrick estimates this amount places the fund somewhere between its low and base case. Yet, the path the applications took had some twists and turns the fund hadn’t expected.

“I suppose our initial thinking was that with many hospitality jobs held by people under 30 and them having low account balances, and similarly if you looked at SME (small to medium-sized enterprise) business-type profiles, and that is a fair bit of our employer base, there were a number of younger employees with smaller account balances.

“We thought more of those would be impacted by the types of conditions that qualify you for early release, in other words unemployment or a significant reduction in hours. That doesn’t seem to have been borne out in practice.”

Another peculiar aspect to the application experience was the fact few members ensured their balance wouldn’t be further eroded in the period between the announcement of the scheme and the first payout by going to cash.

“The vast majority of the payments, 85-plus per cent, are coming out of the balanced or life-cycle options [not cash]. That is surprising to me, given the switching we’ve seen to cash and low-risk options. I thought people were prepositioning before 20 April,” Patrick says.

But the liquidity demands from members were only part of the picture as any crisis will throw up investment opportunities and Sunsuper did not want to be scrambling for money when they arose.

“We knew that regardless of what emerged, we probably would want to exploit some opportunities, even if it would mean trading out of something, presumably liquid markets that we held, into an opportunity,” Patrick says.

“We had to understand the forward cash flows, in light of early release, the extent of potential opportunity cost and exit costs. So we aimed to build a framework for that.

“That was probably more challenging than I thought, because everybody has a view as to what opportunities will emerge and everybody will hazard a guess as to what the extent of that opportunity may be in terms of forward return prospects.

“And everybody has by virtue of their own area, experience and responsibility a view on how to prioritise that. So coming up with a particular opportunity framework in those circumstances was particularly tricky.”

We were looking at capital raisings and it became apparent that Australia was somewhat unique in terms of the extent of corporate capital raising. And without having any direct management capabilities, we needed to ensure the managers that we use had capacity to leverage the collective ownership of Sunsuper.

Most opportunities are likely to come further down the line as the economic impact will cause companies to become distressed and strategies that specialise in such situations, including distressed lending and corporate workouts, will come to the fore.

But the Australian market has already seen some opportunities in the form of capital raising relief from the Australian Securities Exchange (ASX). The ASX has put in place temporary measures that make it easier for listed entities to raise capital urgently if they need to increase liquidity buffers. The measure is in place until at least 30 November.

Among the measures announced on 31 March, the ASX increased the placement capacity from 15 per cent to 25 per cent, while it also permitted an entity to request back-to-back trading halts of two days each.

“We were looking at capital raisings and it became apparent that Australia was somewhat unique in terms of the extent of corporate capital raising. And without having any direct management capabilities, we needed to ensure the managers that we use had capacity to leverage the collective ownership of Sunsuper, where appropriate. That was one area in itself that we did quite a lot of work on,” Patrick says.

Another area where Sunsuper applied capital was in the hedge fund space.

“There were a series of co-investment opportunities throughout the depth of the crisis, in terms of merger arbitrage, with those spreads blowing out, and through a range of specific direct lending opportunities. So we’ve been able to be somewhat proactive, but we think that more of the opportunities will flow in the back end of this year,” Patrick says.

One of the key lessons from the experience so far this year is that there really is not much of a substitute for sovereign bonds, regardless of the low yields at the moment, Patrick says. Despite its efforts to build a well-diversified portfolio with many strategies that on paper looked defensive, most of these strategies did little to cushion the downturn in March and April.

“If we have said one thing as a theme to people, whether it has been the investment committee or the board, it is that our range of defensiveness in the portfolio wasn’t as defensive as bonds, by quite a margin,” Patrick says.

“That has proven to be a stark lesson out of this episode. Certainly the collection of liquid alternatives, including trend following, global macro, et cetera, none of those provided anywhere near the defensiveness of bonds.

“We had discretionary macro, systematic macro, none of that provided protection at all. Even some of the completely objective diversifying strategies, such as insurance-linked strategies, didn’t provide defensiveness [to the extent bonds have].

“So notwithstanding what was probably a consensus view that rates are low and unrewarding, you are not there for the reward. You are there for the absolute protection in a deflationary or recessionary environment.”