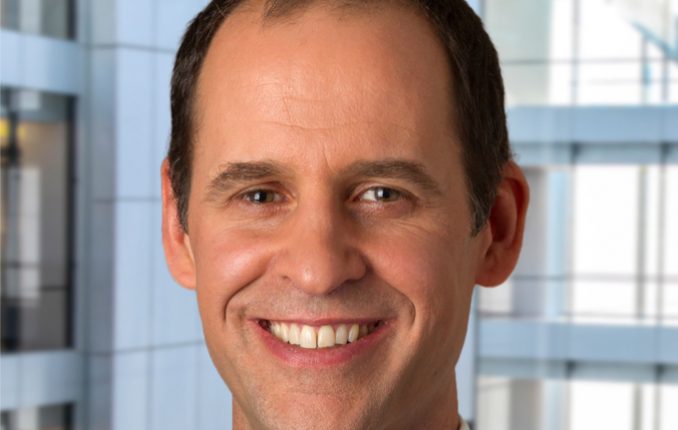 Many institutional investors agree the current market environment has all the characteristics of late cycle. For the real estate market this means debt is probably a better choice than equity, according to Eric Adler, Chief Executive Officer of PGIM Real Estate.

“Of course, you’re leaving upside on the table, but if you think that a lot of upside has already played out, then debt is starting to look like a better risk return.

“We have plenty of equity strategies that we still think make sense, but in terms of macro plays globally, debt feels a little better than equity on a purely macro risk/return basis.”

“That extra cushion is absolutely worth the kind of upside that you are leaving on the table when you’re taking a debt position versus the equity position,” Adler says.

“Every country’s different, but generally speaking we think the risk/return is skewed a little bit in favour of debt at this point in the cycle.”

Retail is probably one of the most vilified sectors in real estate as online stores continue to take market share away from traditional bricks-and-mortar shops. But Adler thinks there is a chance these concerns will overshoot, leaving opportunities for investments.

“I think the concern [about real estate prices] isn’t overdone, but it’s largely in all of the prices and so you’re going to have things overshoot,” he says.

“[Retail] clearly is a sector that’s been under a lot of strain. And I think some markets have reacted more quickly than others.

“Not surprisingly the US is the most overshot market in the world, so retail has taken a hit there the earliest and we’re not yet to the point where we see a lot of buying opportunities, but we’re starting to look at deals.

People are hitting a panic button that is too macro; it is across the board, all retail

“We’re looking at deals and are underwriting them because at some point our underwriting may match a buyer’s need to sell, because I do think it’ll overshoot.

“Certain types of retail do have the ability to reinvent themselves. And there’s other types of retail in great locations and the pricing will get to a point you can think about conversion.

“It’s not there yet. But people are hitting a panic button that is too macro; it is across the board, all retail.”

The high valuations on the equity side of real estate have made Adler cautious and the company has been selling assets it thinks won’t do well in a downturn.

“We have been preparing for a downturn since 2016. If you remember January 2016, there was a big disruption in the Chinese stock market and it had a big impact on all of the stock markets,” he says.

“At the time, it was already eight years since the bottom and cap rates were already very low. And so when you’re looking in the western world we said: ‘If this continues it may be the beginning of a downturn’.

“What we’ve really been doing for the last couple of years is being very careful around our leverage levels, especially in our more perpetual, life or long-term strategies, where we’re holding assets through cycles, we’ve been looking for two years for assets that we think are more fragile in a softer market and selling.

“It’s been two years of consistent pruning of the portfolio. In our big, open-ended funds, we’ve identified assets that we would not want to hold in the downturn and have been trying to find opportunities to sell them.

“We’re not calling the top, but three years ago we were net buyers. We were buying a lot more than we were selling. So everything we’ve done is switched progressively towards a more conservative stance.”

He says in the past 18 months PGIM has also been pickier about what asset classes it invests in and in which locations.

“For example, in the US we’ve been overweighting residential and logistics or industrial; that’s been going on for two years now. If there is a downturn, then multi-family performs better,” he says.

“You do fill your buildings; people do have to live somewhere. Rents might get corrected, but with office … offices can be empty. You can really have buildings that just stay empty throughout a downturn.

“So in many ways we’ve been preparing for the downturn for a couple of years so we feel well-positioned now.”

Yet, he doesn’t expect a new financial crisis anytime soon.

“There’s nothing in the markets that can point to some kind of tremendous GFC (global financial crisis)-type downturn. Generally things are expensive, things feel late cycle, but supply and demand doesn’t feel that much out of whack,” he says.

“We’re seeing that generally across the globe, banks are really not fuelling a bubble like they did the last cycle.

“The only thing on the horizon is the unpredictable – if there is some kind of geopolitical event that is so dramatic that demand goes from healthy to near nil in a heartbeat.

“But short of anything really dramatic, we don’t see any kind of event that should turn off the main tap; we don’t see a massive oversupply like we did in the nineties, for example.”

In Search of Temperament IV Stock Markets Are Increasingly Irrelevant