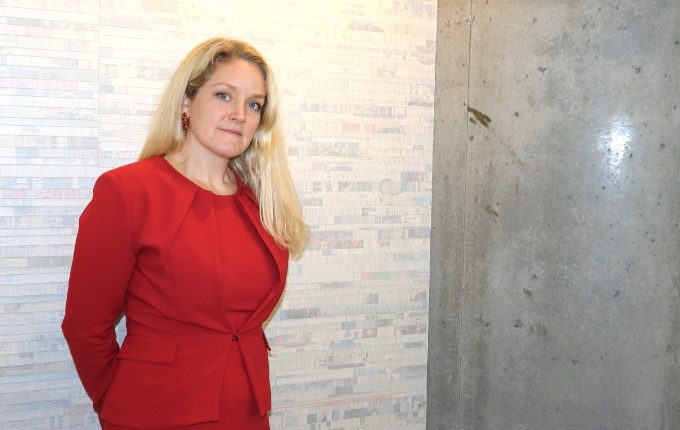 The Crisis Risk Offset approach to constructing portfolios has gained some popularity in the US in recent years, but the surprising performance of trend-following strategies in February this year led some people to question the approach. Kathryn Kaminski, who coined the term crisis alpha, examines the evidence.

During a broad equity market sell-off, trend-following strategies did little to protect portfolios, which came as a surprise to many advocates of the CRO approach.

It caused some critics to conclude trend-following strategies don’t function as a risk-mitigation tool at all.

“If you think about what a crisis is, it’s a sustained period of losses. It’s not just about the severity, but it’s also about the length of time.”

But people often have short memories and don’t look at drawdowns in a historical context.

“We are very much in tune with the most recent experiences we’ve had and so our past experiences definitely colour our future beliefs and the way that we evaluate things in the now,” Kaminski says.

She decided to look back in time at various corrections that aren’t generally classified as crises to evaluate how managed future strategies fared in those periods.

“What stuck out the most to me in this very simple analysis is what had happened post 2008, in particular post the recovery of 2012: the drawdowns are almost not visible on the graph (see image below).

“Even if you go back to the last crisis, there’s been very short drawdowns which look more like a correction as opposed to a crisis.

“What I decided to do then is examine how managed futures did during the largest of these correction periods as opposed to during the crisis period, and what you see is that it’s a mixed bag.”

Essentially, many of these periods of drawdown, which people often experience as small crises, are too short to establish a clear trend and so the performance of trend-following strategies varies.

“Trend-following strategies use a systematic process to measure trends across different time horizons. In order for us to take a position, we need to have some confirmation within price series to measure what’s happening in the markets,” Kaminski says.

“So we follow what markets tell us is happening and if they tell us something too quickly, we don’t have enough information to confirm it.”

What makes the current environment particularly tricky for trend-following strategies is that assets that have historically been negatively correlated seem to all move up together, causing a lack of direction.

“This year has been that sort of weird crux in time where people are thinking: ‘This regime that we’ve been in, is it ending or is it the beginning with something new?’” Kaminski says.

“If you think about trend following, then the hard part is the in-between, so from a current regime to a new regime. That’s why I say that the beginning of the end is hard for us because we don’t get enough information.”

This has happened several times in history, but she says people often forget trend following struggled in those scenarios.

“In 2007, we had two very similar events: Bear Stearns was one of those and the other was the quant crisis in the summer of 2007. If you look at those two [drawdowns], then they are roughly in line with what has happened this year: you have a reversal in equity markets and you have trend following also reverting, even more strongly than equity markets,” she says.

“Those two data points stuck out to me because when you see the crisis you don’t notice those two. But there are quite a few of those type of events where it looks like markets are deciding to go in a particular direction but then they say: ‘Wait a minute, false start. I’m okay.’

“Energy has also reverted and then in addition you see a strong peso. In what world is the peso a safe-haven currency? That’s sort of a chaos trend right now, and so I’ve been very excited looking at markets because this is a very unique environment where trends are negative in so many asset classes. That is very rare in history.”

We follow what markets tell us is happening and if they tell us something too quickly, we don't have enough information to confirm it

In hindsight, it often looks like there was a clear trend towards a crisis, but when you actually find yourself in a pre-crisis period, the trends are all over the place. The fact trends are currently rather chaotic is therefore a hot topic of debate in the US, Kaminski says.

“This is probably challenging to consider for Australians, given that you’ve had such a long period without a major recession, but for the pension funds in the US I think it’s something that they’re talking about a lot,” she says.

If a crisis is on the cards, then trend-following strategies can still play a role in mitigating the drawdown, but she says you probably don’t want a simplistic equity short strategy. Instead, it would make more sense to follow several slower-moving trends in various asset classes other than equities.

“I’ve done a lot of studies on performance across different crisis periods and part of the story behind crisis alpha is not just that you go short equities. That’s the first thing that people think that you do and, frankly, I think catching equity drawdowns is hard as they tend to be very steep,” Kaminski says.

“It’s the reverberating effects of an equity market going down that are often times more profitable.”