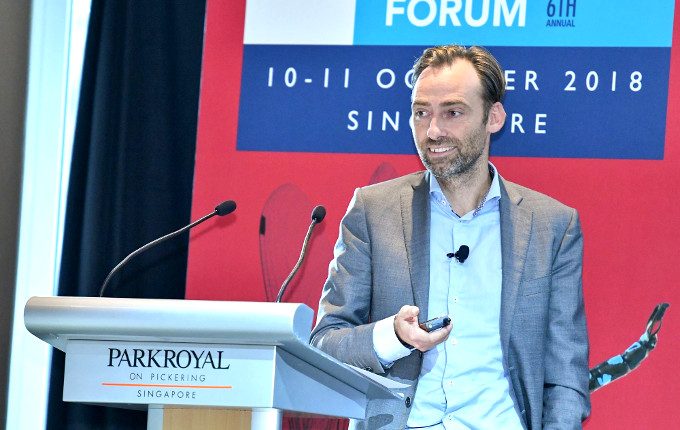 PKA was one of the first institutional investors to implement a factors-based investment approach, but the recent dismal performance of these strategies is testing the faith of the fund.

Danish pension fund PKA was one of the first institutional investors to embrace a factor-based investment approach, starting to move parts of the portfolio into these strategies in 2012 as part of a model that did away with asset allocation and focused squarely on risk allocation.

One of the key problems with factor investing is that implementation matters, a lot.

Michael Flycht, Deputy Chief Investment Officer at PKA, illustrates the problem with an example of the fund trying to capture a risk premium associated with taking short volatility positions on the Euro Stoxx 50 Index.

Flycht, speaking at the i3 Global Investment Strategy Forum in Singapore last month, shows two implementations that are nearly identical, both trying to harvest the short volatility premium, but whose performance differs dramatically.

“Which one of the two implementations shows the short volatility risk premium that we are trying to harvest? I don’t know,” he tells the audience.

The other issue is the question of whether the premium exists in the first place.

Many factor-based strategies are relatively new, relying on back tests to prove their merit. But back testing can be deceiving as there is no guarantee the set of market circumstances prevalent at the time of the observation will continue into the future.

“PKA have always been keen to understand the reason behind the factors’ performance. They found that the factors are either explained by psychological biases that humans possess or through traditional financial theory, where the investor is compensated for bearing a specific risk. That being said, we still get surprised when the live period shows a completely different picture than what the back test promised,” Flycht says.

Is the risk premium dead? I don’t know

Some critics of factor investing have also suggested many factor strategies rely on the past 30 years of data to support their existence. But the past three decades have seen a steady decline in interest rates, while today many central banks have moved to lifting rates. This could mean some of these factors might disappear in this new environment.

“Is the risk premium dead? I don’t know,” Flycht says.

Sitting down after his presentation for an interview, Flycht confides he is concerned about the possibility of factor strategies becoming crowded trades and the effect this might have on their future expected return.

“Is the expected return 2 per cent or 5 per cent? It is really hard to tell,” he says.

“You get all the questions that I said ‘I don’t know’ about because you don’t have the long time series that you have in equities. With equities you can go back a long way and say that there must be an equity risk premium.

“But we should be sceptical about these factor premiums because they have this back-test bias in them and they might get too crowded.”

Part of the reason why factor strategies might get too crowded is that many of them use similar metrics.

“What I learned in the Singapore seminar is that some of these metrics might be too simple,” Flycht says.

“For example, the value metric, the price/earnings metric, everybody is looking at that and at some point if everybody is looking at the same factor, it might stop working. Just like the size factor; it is pretty interesting that after [it was discovered] it didn’t work for a long time and at the point where most investors agreed that it didn’t work it has done well afterwards.”

It doesn’t mean he has given up on factors, but he is certainly keeping a close eye on how they perform.

“We have shut down strategies that we felt didn’t work. I believe the strategies that are left will do well, also because the risk premia behind them are well known. But we still have some trend following in the portfolio. That is the strategy I have the hardest time to get my head around; it is very hard to back test it. There is such a big dimensionality to it. You can fill it in in infinitely many ways and if you can do it in infinitely different ways, you can always make it look fantastic,” he says.

Regardless of whether factor strategies bounce back, he believes there is a good argument for the fund to become more active in its approach.

“Often these dislocations are due to some demand/supply imbalance or there can be some friction, regulations that drive things too much in one direction and then we take the other side.

“A good example is that we sold variance swaps in 2009, right after the financial crisis. We could strike those variance swaps at 35 per cent on the S&P 500 and those were maturing in December 2019. So it is a 10-year trade.

“Historically, the volatility in the S&P 500 was around 16 per cent at the time and we were striking those at 35 per cent, so we found it almost a no-brainer.

“We found that that was due to the financial crisis, but also some annuity funds that were hedging their liabilities, driving long-dated volatility to absurd regions. So taking the other side of those trades [made sense].

“So you have to be patient because a lot of the time there are no good ideas out there.”