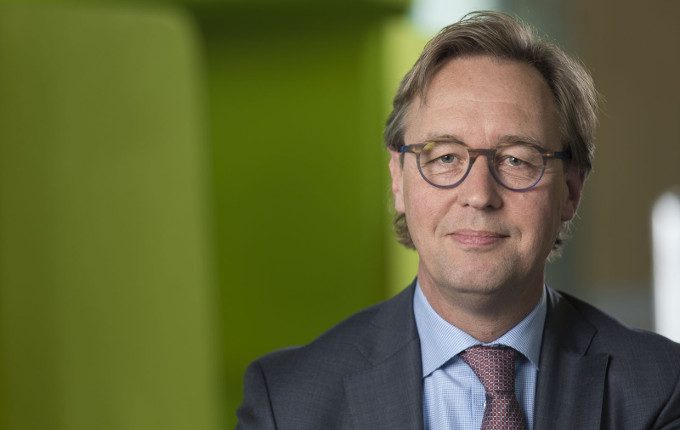 The fund takes a 10 to 15 year view in its investment objectives and even longer in their climate targets. After all, pension funds are about building up wealth over a 40 – 50 year period for the individual member, so there is no point in short term performance.

Or as the EUR 218 billion (AUD 350 billion) pension fund puts it in its annual report: value creation is only relevant when it concerns long term value creation.

But the industry’s historic focus on measuring its investment performance against the dominant benchmarks might not put funds in the best position to optimise long term benefits.

“We define, collectively as asset owners, the market cap benchmark as the measure of all things. I think we are overdoing that job,” Jaap van Dam, Principal Director Investment Strategy at PGGM says in an interview with [i3] Insights.

“Being very well diversified is not the same as being very close to the global benchmark. Being well diversified means that you try to build a portfolio that is very robust in all kinds of circumstance in the capital markets, and it is even the question whether the global market cap benchmark does a good job at that.

“So, I think as an industry we should become a bit more critical about the dominance of market cap benchmarks,” Van Dam says.

PGGM has been moving to factor-based investment strategies since the global financial crisis and despite the difficulties these strategies have faced over the last 12 months, Van Dam is convinced it is the right approach over the long term, as some factors take time to play out.

“We’ve started implementing them on a large scale from 2008 so we’ve got quite a long experience and so far they have by and large delivered what we were expecting. That makes the comfort level internally quite large,” he says.

“We try to build as much as possible on the outcomes of academic work and the reasoning of what is behind these academic factors. That being said, I think we should always keep our minds open to whether success depends on a single set of circumstance and always be prepared to think again and improve these things.

“But the idea that certain subsets of the equity universe over the long term will deliver a higher return or the same return at a lower risk than the market as a whole, I think that is a very sound idea. The shape in which you harvest it might change over time.”

Reducing the Number of Assets

As part of the fund’s drive to optimise the portfolio for the long term, PGGM has created a separate sleeve that contains fewer assets. Although still small at only five per cent of the total equity portfolio this sleeve aims to have more concentrated positions, while having a deeper relationship with company management.

“I tend to think that asset owners are over-diversified,” Van Dam says. “If you look at the MSCI World, it invests in 2100 companies and if you halve that number, or even divide it by eight, you can still build extremely well diversified portfolios.

“So if you say, we will allocate a bit less to these extremely diversified portfolios, which by the way should always be the basis for a good portfolio, and in exchange for that you build a portfolio that is more focused and where you try to be this steward which harvests additional returns that may come from a deeper and more meaningful relationship with a company, then I think you are doing well justified things that don’t come at the cost of diversification.” he says.

Since the global financial crisis, there have been several attempts at creating an investment framework that is more robust over the long term. For example, The 300 Club, an investment think tank that questions whether current financial and investment market theory and practice will protect investors in the years ahead and of which Van Dam is a member, has focused on the work of British economist John Kay.

In this approach, asset owners argue that there is some premium to be harvested due to the fact that they can be a steward of their assets, at least in the public markets.

“In the long term, it means you build a relationship with the companies that you own and you engage in a strategic dialogue,” Van Dam says. “By doing that you can nudge companies to generate a higher long term value than if you wouldn’t be there.

“It doesn’t only count for the long term financial results, but part of this movement is also emphasising the societal returns that can be enhanced by thinking along these lines. Financial and societal returns on the long term can go hand in hand. If you look through that lens at PFZW (Pensioenfonds Zorg en Welzijn, the pension fund for which PGGM manages the assets) we do some experiments, but we don’t do that on a large scale yet,” he says.

PGGM also believes that in-house management can aid in getting better long term outcomes and has been building a number of factor strategies in-house.

“If you look at the way we work right now, then, yes, we have brought some of the asset management in-house. For example, to be able to design and build your own factor strategies is intellectual property that pays off,” he says.

“There is also an element of cost-effectiveness by bringing things in-house. Then, if we look at the next generation of long term investing, where we act as steward and active owners, we do this both internally and externally, because we want to see what works best in the long term.

“But my feeling is that that will work best when you have a short investment chain and I think your oversight and control of the dialogue with the people that actually do this will be better if you have these people very close to you. So my tendency is to bring that internal,” he says.

“I think you bring agency risk in-house and the clear risk of that is that you are not as critical of what you are doing internally as when you externalise things. Emotionally, it is much easier to say: ‘goodbye’, when you are externalising.

“So I think you need a very strong countervailing power to the teams which you bring in-house.

“Of course, if the board of trustees would be able to do that that is great, but in practice I think it requires quite a lot of effort, so a board of trustees should be assisted by a function, that we call the ‘fiduciary advice function’, and they essentially act as quality control.

Arguably, two of the most topical long term trends are climate change and technological disruption, with the latter already causing direct and profound changes in how funds invest.

Van Dam believes that big data and artificial intelligence will, and already has, changed the way people invest, but also questions how much long term benefit investment teams will draw from these developments.

“To a degree it is an arms race; it won’t lead to better, sustainable value creation,” he says.

But the more pertinent concerns centre on the ability of technological change to disrupt entire industries and again Van Dam has reservation about the ability of broad, established indices to address this problem.

He believes that an exposure to just the five big technology companies doesn’t negate this risk.

“If you look at the global benchmarks, then the companies, on average, are a bit older and maybe a little bit more vulnerable to technological disruption. The new companies are formed more in the private investment space, the venture capital or private equity space,” he says.

“They tend to stay private a little bit longer than historically was the case. So I’ve got the feeling that just putting your money in a public benchmark could lead to quite high technology risks and perhaps you may be underexposed to the opportunities that new technology will bring, by not being exposed to venture and private equity,” he says.

“I’ve had quite a few conversations about this both internally and with international peers. A lot of people ask this question, but I don’t think many have an answer that is so sound that it can be applied on large scales. But you do see experiments,” he says.

PGGM has been quite active in addressing the risks of climate change and its focussed, long term equity portfolio includes many investments that could be seen as impact investments, although the fund prefers to call them ‘Investing in Solutions’ assets.

“Over the past five years, we’ve done two very important things: one is that we have halved the carbon footprint in our public equities portfolio and because that is a passive portfolio that was relatively easy,” Van Dam says.

“We are also in the process of quadrupling our impact investing in climate change, which means owning wind farms and sun farms. These were two very important movements I think,” he says.

Although PGGM has considered climate risks for a long time, this has been given additional impetus by government proposals to become a carbon-neutral country by 2050.

“Right now, we have written the internal climate strategy, where we say that in all parts of the portfolio we should have an awareness of what climate change could do to that part of the portfolio and how you can cope with that and then integrate it into your investment process.

“One of the parts of the portfolio that is very prone to being influenced by climate change is real estate.

“What we are doing there is we have a cooperation with one of the universities in the Netherlands and bring big data into play which for all the locations of the objects that we own, either directly or indirectly, can map flooding risk or extreme temperature risk.

“This is still work in progress, but I think within a year we will have a very clear idea of where the risk lies and this will help us manage the portfolio going forward. These are slow-moving processes, but they should influence your investment process, I think.”