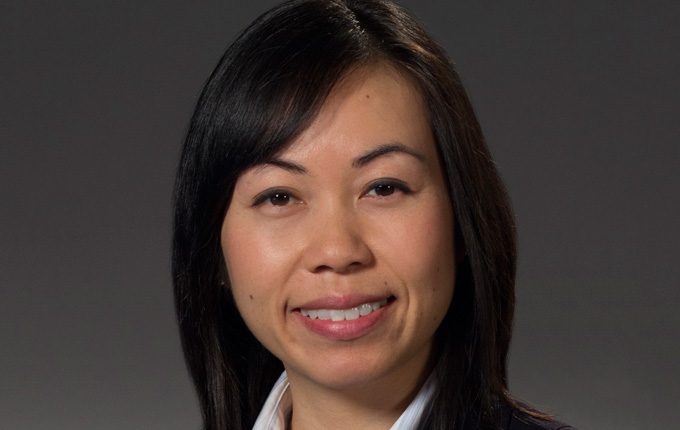 It has been more than two years ago, but the institutional investment industry is still coming to terms with US pension fund California Public Employees’ Retirement Scheme’s (CalPERS) decision to axe its hedge fund program.

In September 2014, the $300 billion fund said it would divest its hedge fund program, due to complexity, high fees and challenges to achieve substantial scale.

But the California State Teachers’ Retirement Scheme (CalSTRS) is moving in a different direction.

It first dipped its toe into the hedge fund waters in 2011 with an investment into a global macro strategy.

Now, it has embraced the asset class as an integral part of its framework to circumnavigate the risks that come with investing.

In February 2016, CalSTRS revealed a risk mitigation strategy that established a sleeve in the portfolio with assets that are uncorrelated, or lowly correlated, to equities.

Trend-following and global macro strategies are an important part of this and have been given target weights of 45 and 10 per cent respectively.

In charge of the fund’s venture into hedge funds is Carrie Lo, a portfolio manager with CalSTRS.

Lo says that being a relatively late adopter of hedge fund strategies has enabled the fund to learn valuable lessons from its peers’ experiences.

“I do feel in some sense we are a second generation investor in hedge funds,” she says in an interview with [i3] Insights. “There was the first wave in 2005 and then a lot of lessons were learned in 2008, lessons we learned from our peers.”

Macro and trend-following really shined as having low correlation to the equity dominance of the total plan, so we incubated those two strategies in innovation.

“In the innovation portfolio we test strategies that are new to CalSTRS and that could diversify the total plan,” Lo says.

“Some of the strategies I looked at first were among the hedge fund space, looking at various strategies one-by-one, not really thinking of hedge funds as an asset class but drilling down into specific types of strategies.

“Macro and trend-following really shined as having low correlation to the equity dominance of the total plan, so we incubated those two strategies in innovation. They are now part of the Risk Mitigating Strategies (RMS) class.

“There are two other strategies within RMS now, which are: long duration, at the moment primarily long-term treasuries, and a new area which is systematic risk premia,” she says.

One of the main reasons to opt for a separate sleeve in the portfolio over other protection strategies is that this part of the portfolio still produces returns in its own right.

“In the innovation portfolio we looked at a lot of optimisation strategies, option collar strategies, tail risk hedging, but those types of strategies can be very expensive,” Lo says.

“Implementation is also very challenging: you’ve got to get the timing right, the size right.

“It made more sense to approach this from a diversification perspective, where you look for positive returning investments with low correlation to the existing plan.”

CalSTRS plans to put 9 per cent, or $18 billion, of its approximately $200 billion portfolio into the risk mitigation sleeve and has started to transition some of its funds already.

“We formally created the RMS class on July 1, 2016 and we were able to transfer existing assets of almost $3 billion into the RMS class,” Lo says.

“We continue to gradually allocate; it is a multiple year process, I would say. But we do have a target of between 5 – 6 per cent by June 30 of this year, our fiscal year end,” she says.

Part of our philosophy in building our portfolio is that we want to have fewer managers. [But] it has to be diversified and not overly concentrated.

Lo says the decision of where to fund the Risk Mitigating Strategies from is periodically reviewed.

“It is something we discuss quite regularly and depends on our market outlook. We have a Risk Action Committee, RAC, that decides where we want to reallocate assets from. Typically the more liquid asset classes, fixed income, equities or cash would be the main sources, but there could be inflows from the private classes, so that varies.

“If you look at how our strategic allocation changed in 2015, you’ll notice that the global equities allocation was reduced,” she says.

According to CalSTRS investment policy and management plan of November 2015, the fund aims over the longer term to reduce its US equity holdings from 37 per cent in 2015 to ultimately 23 per cent, but part of this reduction will fund an increase in international equities from 18 per cent in 2015 to 24 per cent.

Fixed Income will be reduced from 17 per cent in 2015 to ultimately 12 per cent.

CalSTRS has decided to run the management of government bonds in-house and is reviewing whether it will take any of the other asset classes in the Risk Mitigating Strategies in-house.

“For now it is just the treasury piece,” Lo says.

“Part of our philosophy in building our portfolio is that we want to have fewer managers. It has to be diversified and not overly concentrated though.

“For example, in the trend portfolio the way we thought about diversification was across time horizons, across markets traded, across different implementation philosophies. We also like to have regular dialogues with the managers to understand their positioning,” she says.

The State of Hawaii Employees\’ Retirement System has started to implement a similar model, which they have dubbed the Crisis Risk Offset portfolio. But the Hawaiian fund targets a 20 per cent allocation by 2020, rather than 9 per cent.

Lo says CalSTRS has no plans to go beyond 9 per cent at this stage.

“In our 2015 asset allocation study, we did model up to 12 per cent. Because of the risk/return characteristics of this class the consultant model did generally allocate more to RMS, but through various discussions we settled on a middle ground of 9 per cent.

“The next asset allocation [review] is in 2019, so we wouldn’t revisit it until then,” she said.

Who Makes the Call on Competitiveness? Tasplan Merger Reviewed – Agree on Processes not Numbers