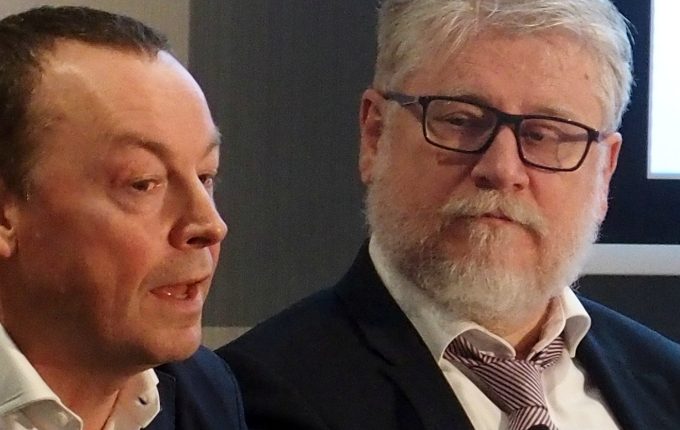 The term ‘self-fulfilling prophecy’ was coined by Robert Merton, that is, Robert K Merton, the American sociologist, not his son Robert C Merton of Black-Scholes-Merton formula fame.

Professor Merton introduced this concept in a 1948 article for literary magazine The Antioch Review and although much of the article focuses on race relations, he also explained his term with an example that is feared by economists alike: a bank run.

If many people believe a certain bank is on the verge of bankruptcy, then most of them will withdraw their savings in a bid to avoid ruin. And if enough of the bank’s clients rush to withdraw their money, then the bank will go bankrupt, even if there wasn’t any real financial distress in the first place. In other words, the prediction that the bank would go bankrupt is the very cause of it happening.

But what if we take this idea one step further? What if the very system we operate in is the result of how we think and speak about it rather than it being based on an empirical fact, such as gravity? You can deny gravity, but the universe is not suddenly going to operate differently. Planets don’t care what you think. Yet the same is not necessarily true for economics.

This idea is what academics in the relatively new discipline of cultural economics call ‘performativity’. Performativity is the concept that the widespread use of assumptions and financial models by professionals cause the world they operate in to fall more in line with the theories behind these models.

It is a concept Tony Day, Investment Strategist and an adviser to Queensland Treasury, stumbled upon when he looked for a framework to underpin the idea that investment beliefs find their origins in an organisation’s culture.

“Beliefs and governance are related to culture,” Day says in an interview with [i3] Insights.

[Performativity] encapsulates the notion that we perform economics; we are both actors and observers. I like how that term referenced our roles as actors in the big play of economics

“When you say beliefs, you immediately think about the context surrounding how beliefs are formulated, and this context is culture. For example, Australian superannuation investors have the highest allocation to equities in the world. You can try either reverse engineering belief systems to justify this or acknowledge that cultural context matters.

“So I googled ‘culture’ and ‘economics’ and started to read a lot of academic research in a journal called Journal of Cultural Economy, which is edited by Associate Professor Melinda Cooper at the University of Sydney.

“The stream they were in was a branch of sociology rather than finance theory, so they were thinking about economics from a sociology point of view, which is different than the behavioural finance point of view that is dominant in economics today, which sees human psychology as a problem to be removed and fixed.

“[The journal] has some really good articles, which make sense from my perspective in the investment industry [as a strategist].

“You often get so much negative commentaries about gender studies, but my daughter is in year three of an arts degree and I helped her out in a number of gender study subjects. I find that they have a fantastic perspective.

“They have a very modern outlook in terms of the culture wars that we are going through. In sociological babble, gender roles are not something that should be fought over but something that needs to be escaped from.

“The word ‘performativity’ was used in gender studies, where it refers to this escaping concept. How we speak about gender roles influences how we act towards the different genders. And now here was the same word being used to discuss the finance industry.

“It turns out that performativity is a technical term in social studies and that has broadened out across the humanities and the thing I really liked about the term is that it encapsulates the notion that we perform economics; we are both actors and observers. I like how that term referenced our roles as actors in the big play of economics.”

Day has held some very senior strategy positions during his career in Australia, including Head of Strategy at the formation of the Future Fund and Chief Strategist at QIC from 2000 to 2007. In his advisory role today, he applies the concept of performativity in discussions with board members and investment committees about investment principles.

He often finds a misconception that people think they have to understand all the technical complexities of the various investment strategies to do their job. But he says a fiduciary role is much more about understanding the bad habits and traps you can fall into when you perform the same role over and over again.

It is much more about your role as an actor within the organisation and industry as a whole than your grasp of the latest quantitative strategy.

“Board or investment committee [members] have been performing the role of investment experts all their lives in one shape or form. But what they often don’t understand is that the performance of a role as an investment specialist is mostly about self-awareness and understanding what bad habits you have picked up along the way. That is very different from a finance theory presented to a committee and board,” Day says.

Too much of today’s investment debate focuses on the technical mechanisms of investing rather than the critical assessment of new beliefs and ideas, he says. Yet when setting a strategic framework for dealing with investment risk you need to go back to the values and beliefs embedded within an organisation’s culture.

“Strategy is more about people analysis and the critical analysis of ideas and I don’t think the world of artificial intelligence and big data is going to help us with that. We need to rely more on our soft skills, as people put it,” Day says.

“I think we need to operate with a broader toolkit. We should employ a lot more people from the humanities. The kids that I see coming up these days are all quant types and there are fewer people in the industry, in general, who come from more of an idea analysis and critical thinking background.”

This thought process led to the formulation of four fundamental investment beliefs, based on the idea that investment management boils down to risk management: acknowledgement that investing is risky, that equity risk is rewarded but less so than most people expect, that skill-based, short-run investing is rare and should not be relied upon, and that illiquidity and complexity are well-rewarded risks.

The practical implication is that an investment strategy based on these beliefs is likely to look more like an endowment fund than a typical balanced portfolio found in the pension world.

The concept of performativity can also help in the assessment of new investment approaches. In the academic literature, an often-discussed example of performativity in economics is the option pricing model based on the Black-Scholes-Merton formula.

The widespread use of this formula has spawned a world of actors that all rely heavily on the model for revenues and has created a web of interconnectedness that spans the whole finance industry.

But cultural economic academics question whether the Black-Scholes-Merton formula describes a financial reality or whether the theory has rather moulded the financial industry into a world it can survive in.

Performativity suggests that an economic theory or model posits a world and that this world needs to be plausible for it to gain traction, but doesn’t necessarily need to be real.

For example, an often-cited shortcoming of the Black-Scholes-Merton formula is that it relies heavily on implied volatility, an estimate of the future variability for the asset underlying the option contract.

Yet the model reduces implied volatility to a statistical average based on a normal distribution, while in reality this volatility is an estimation of future human behaviour.

This abstraction causes the model to underestimate the probability of extreme price changes, which became painfully obvious during the 1987 crash.

Today, we could raise the question of whether factor investing posits a world that reflects reality or whether it is simply the next economic model that is shaping investment behaviour into a mould that fits its assumptions.

Day has spent most of his career refining a factor-based investment model and would like to think it is based on empirical facts. But he does have some reservations about how these models are currently repackaged and sold to asset owners.

“I devoted quite a large chunk of my career to factor investing; that is where I ended up after years and years of research at QIC,” he says.

“At the end of the day, we thought most asset classes should be busted up into various factors and away you go. I still think factor investing is the right step, but performativity causes me to stop and question this. Did we escape asset class-based strategy only to fall into a similar trap?

Factor investing is a beautiful idea that is in danger of becoming a cliché and being used inappropriately. That is how I see it at the moment

“Factor investing is a beautiful idea that is in danger of becoming a cliché and being used inappropriately. That is how I see it at the moment.”

He is particularly concerned about the focus on the historical performance of factors.

“Look at value investing, there hasn’t been any value since Fama and French. Or the small-cap premium, it is now being questioned as: Did it ever exist? Momentum was definitely a massive factor in the world, until everyone got on that bandwagon.

“So the factor investing that is done at the moment is very much based on a historical, static structure, but in performing our static analysis we forget that others see the same results, find the same anomalies and make the same decisions. These actions then shape the world to fit in with our analysis, and it matters little whether factors are real or not. Performativity highlights that factors bring themselves into being without any need for so-called fundamentals.

“[English economist John Maynard] Keynes, a sociologist at heart, saw all this a hundred years ago and despaired. In chapter 12 of his book, The General Theory of Employment, Interest, and Money, he says: ‘Human nature desires quick results, there is a peculiar zest in making money quickly, and remoter gains are discounted by the average man at a very high rate.’

Day argues we should look more out of the box with a focus on risk.

“You need to look for the next investment risk that people haven’t caught on to yet, and whether you call this a factor is beside the point. It is finding these pots of gold that makes the beta side of the business most interesting,” he says.

The Problem with Size Getting Machine Learning Back on Track