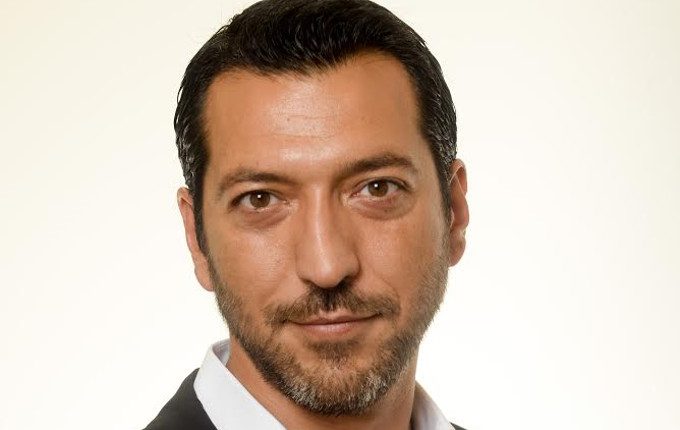 When Tony Guida stumbled upon the field of machine learning some years ago, he was excited. Finally, here were the tools that allowed financial analysts to predict rather than merely estimate as traditional econometric tools had done before, he thought.

But this initial excitement was gradually replaced by disappointment and then despair: why were people babbling on about futuristic utopias instead of discussing practical applications in finance?

“Over the last two to three years, I’ve become extremely disappointed,” Guida, who is a senior investment manager with RPMI Railpen, says in an interview with [i3] Insights.

“I’ve become disappointed because every time when you went to a quant conference presentation about machine learning, most of the time you were listening to someone talking about AlphaGo, driverless cars and if you were lucky they had two slides about finance. So I said: ‘This is crazy.’”

Technology is never deterministic. You have to think about how technology fits into your purpose.

Not only did the discussion around machine learning in finance not focus on practical implementation, but it was also highly emotionally charged, dividing investors into either lovers or haters of the new technology.

“The world of machine learning as promoted in finance was extremely wrong because it was polarising the attention. You were either a believer and saying that robots were going to steal your jobs or you were ruling machine learning out because you were saying that financial markets were too complex and stochastic,” Guida says.

The polarised views were brought about by two fundamental misunderstandings of what artificial intelligence (AI) is about, he says.

“Many people didn’t understand that ‘intelligence’ in the machine world has a very different meaning than that of ‘consciousness’,” he says.

“People were trying to focus on AI as this artificial human and that pushes the whole thing in the wrong direction.”

The second misunderstanding was the idea that technology would be more than just a tool.

“Technology is never deterministic. You have to think about how technology fits into your purpose. That is why I think quant investing went in the wrong direction. In finance, most of the time you gain knowledge by making mistakes, by changing small things,” Guida says.

Guida wanted to steer the discussion back to the essence of machine learning: a useful tool that when combined with big data has predictive powers. In order to do so, he enlisted a number of experts in the field and compiled their thoughts and experiments into a book, Big Data and Machine Learning in Quantitative Investment, published earlier this year.

“My standpoint was that the market was missing guidance, so I wanted to create a book that was from practitioners to practitioners,” he says.

“I invited people to write a chapter in order to get the wisdom of the crowd, explaining what machine learning is compared to econometrics and then delve into the applications. For example, what could be an application of trading futures in energy?”

In the world of asset management, giving detailed insights into how practitioners shape their investment process is unusual and Guida says part of the reason he shared his experiences was because many of the tools he used came from the open-source community.

“I wanted to give something back. I am an avid user of open sources, and open-source software and the community that was sharing techniques accelerated everything,” he says.

“You already have the tools, so as a quant you only have to teach yourself the knowledge but also understand how it can benefit you.

“My point is a little bit extreme: I think that machine learning and big data would be the only way of making multidimensional good predictions,” Guida says.

“Machine learning and big data is a beautiful marriage because now you can pretty much track anything you want.”

He says in the financial markets, some of the new alternative data that is available would be tracking the digital sales of a company, meaning they would be scraping and analysing email receipts from people and saying: “Yes, people are buying more from this company.”

“Before the earnings and official results of the company would be released, people can make sense of what the increase in sales would be,” he says.

Traditional econometric tools work along a linear basis, but what makes machine-learning techniques unique is they can recognise non-linear patterns, thereby identifying clusters of risk or opportunities that have remained hidden before. It makes the non-obvious, obvious.

“Your purpose might be to find a clever way of accessing the exposure of your portfolio using unsupervised clustering because you don’t believe that sector classification is enough. You might think that there are different correlations and you want to find out if you are exposed to these clusters. That is a good risk management tool,” Guida says.

For me, it will be a matter of survival at some point to use and embrace machine learning and big data.

But this is also where there is the need for human interaction because algorithms could throw up spurious correlations.

Algorithms can make mistakes if not checked by humans. For example, if you look up his book on Amazon, Tony Guida is listed as the author of another book, Well-being Cocktails at the Royal Parc Evian.

When asked about his interest in cocktails, he answers: “That is my father. My father used to be a bartender at the hotel. It was 20 years ago. At that time these vegetable-based cocktails were very popular.”

Yet, Amazon thinks they are the same person.

So the need for human intervention remains important, but where they fit in the process might change over time.

“For me, it will be a matter of survival at some point to use and embrace machine learning and big data,” Guida says.

The greater access to financial data has eroded the ability of managers to generate alpha from traditional financial data sets, but he thinks it would be wrong to think any future alpha would only come from alternative data sets.

“The alpha that you’ll find in non-financial data will be key. But this said, even with traditional financial data, since we have been using these linear regression, econometric models so far, there is still a big edge in applying non-linear, tree-based machine-learning techniques and blend them together in more unusual ways,” he says.