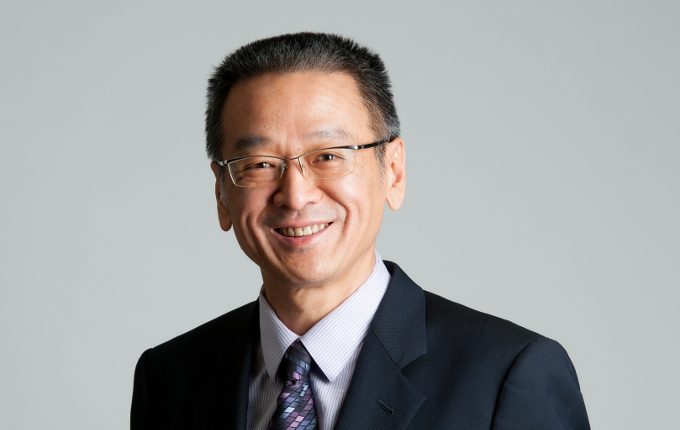 Norway’s Government Pension Fund Global (GPFG) is the largest sovereign wealth fund in the world. In September 2017, the fund passed the US$1 trillion mark in funds under management for the first time.

The growth of the fund has been rapid as a result of contributions from both taxes and royalties on oil reserves and investment market returns. In 2002, the fund still reported a total value of US$75 billion, but 15 years later it had increased in size by more than 13 times.

This size comes with a lot of responsibility. Yet Dr Sung Cheng Chih, who serves as investment adviser to GPFG, says the way the fund is run hasn’t changed much since its inception and discussions about how the fund could be governed differently going forward have picked up pace in recent years.

“The Ministry of Finance represents the government as the legal owner of the fund and they focus on long-term asset allocation, including the investment universe. But they also devise the investment mandate that is given to Norges Bank, the country’s central bank,” Sung, the former Chief Risk Officer of Singapore’ sovereign wealth fund GIC and current Chief Executive Officer of fund management firm Avanda, says.

“Norges Bank Investment Management (NBIM), which is a division within the central bank, is the operational manager for the fund.

“How they segregate the bank’s role in managing the sovereign wealth fund versus other traditional central banking functions is putting in place Chinese walls around NBIM inside the central bank.

“It is quite watertight. Not just in terms of information or decision making, but physically it is segregated.

“Now, this arrangement seemed quite innocuous when it was made 20 years ago, but now because the fund is over US$1 trillion, NBIM employs nearly as many people as the rest of the central bank combined,” he says.

Sung emphasises that the original decision to make the central bank the manager of the fund made sense at the time.

“Norway is a highly democratic country; there is a huge transparency. For the citizens to agree to have any organisation being responsible for such a big amount of money, you need to have a lot of credibility and public trust. Within Norway, the central bank fits that bill the best. That institution has been around since 1816,” he says.

But the fund may have outgrown its current arrangements as it has started to look for opportunities outside of the public markets, adding a significant level of complexity to its investment strategy.

“Norway has been the one that has been open about the question of whether in the long run it is in the country’s best interest that this very large sovereign wealth fund is placed under the charge of the central bank,” Sung says.

“When it was small and they were only invested in public markets the burden on the executive board of the central bank was manageable, because it was unlikely that they would make very large and single investments that are highly illiquid or highly complex.

“In public markets, as long as you have proper controls and the guidelines are clear there is less to worry about.

“But in the last 10 years or so, they’ve started to invest in real estate and in time to come they might venture into other illiquid assets, although in a recent white paper they rejected a proposal to invest in private equity.”

“So they’ve stuck with the model even though in recent years they have searched for alternative arrangements, but no political decision has been made,” he says.

Mid last year, a government commission that looked into the current structure of the fund acknowledged that at US$1 trillion, the fund has become too much of a responsibility to be run by the central bank.

“Both central banking and investment management place greater demands on the board, senior management, and the organisation than earlier,” Svein Gjedrem, Chair of the Commission, said in a report to the government.

The Commission argued that it would make more sense to demerge NBIM from the central bank and establish it as a separate entity with its own board.

“With two separate entities, the professional competence and the governing bodies can more easily be tailored to the task at hand,” Gjedrem said.

However, the Commission did not propose to break up the fund along the lines of the neighbouring Swedish AP pension funds.

Although the AP funds were established as separate funds from the start, they initially had different mandates, some focusing on fixed income, while others focused on equities. Reforms in 2001 saw the Swedish funds adopt identical investment rules, essentially becoming competitors of each other.

But Sung says that this model poses a number of new problems.

“In Sweden they broke up the AP funds in a deliberate attempt to create some diversification and competition. But it is challenging, because you have to have separate boards, separate management and separate offices. So there is a lot of duplication of the apparatus.

The other problem is finding enough qualified directors to provide oversight on multiple boards.

“Other than NBIM, there is no tradition [in Norway] of managing large global pools of capital that invest across the world. So it is more difficult for them to populate multiple boards with people having the desired background and experience.

“There are not that many countries that have gone down this path,” he says.

At Sung’s alma mater GIC, the fund’s structure is more in line with the model that Norway is contemplating.

“GIC is set up as a fund manager; it manages client assets placed under its charge. It is fully owned by the Ministry of Finance, but legally it is incorporated as a limited liability company,” he says.

“GIC earns a fee from the Ministry of Finance for the assets it manages for the Government under an Investment Management Agreement. As with other fund managers, GIC needs to comply with the terms of the agreement, including all the investment restrictions, and abide by the laws and regulations in all the countries it invests in.”

This setup brings a different dimension to the role and composition of the board.

“The board of GIC is legally just a board of an asset management company. It cannot claim to represent the legal owners.

“There are several senior government ministers on the GIC board. In many countries this is taken as a sign of weakness because there is the presumption that the board is vulnerable to political pressure,” he says.

Yet, there is a significant benefit to this arrangement as well, Sung says.

“Our government ministers are exceptionally well informed on matters of international finance and investments,” he says. “So if you look at the credentials of the government ministers, who make up about a third of the board members, they all have very relevant experience.

“The other board members are independent directors chosen from the private sector and they also are very experienced,” he says. “In my experience, the GIC board has been very disciplined in focusing solely on the financial objectives while keeping politics out of investment decision making.”

In contrast, the executive board of Norges Bank consists predominantly of members chosen for their central bank expertise. They are nearly always economists, rounded out by the occasional business leader.

Yet finding the ideal governance model for a behemoth fund such as GPFG remains a complex task, Sung says.

“Sovereign wealth funds are usually unregulated in their home country, either because they are a vehicle of the government or they are governed by special legislation. They are not subject to the same regulations that apply to commercial asset managers, pension funds or insurance companies,” he says.

The other aspect is the management of risk, as sovereign wealth funds often have much more flexible investment mandates than other asset managers.

“Even though the sponsor might have liabilities that are unfunded, in calling yourself a sovereign wealth fund you implicitly don’t link your liabilities with these assets.”

In Norway, the commission has proposed a new model in which the investment management company will be established as a separate statutory entity, while this entity should have a government-appointed board.

The Ministry of Finance would continue to define the fund’s investment mandate and parliament would still approve important changes to that mandate.

But the commission is also aware of the risks in any changes made to the structure:

“The main risk associated with such a separation is that the current framework for the Government Pension Fund Global could be compromised. I want to emphasise that a separation must be carried out in a sound manner and must not in any other respect affect the framework for the fund,” Commission Chairman Gjedrem said.

The commission warned against using the fund as an instrument of foreign policy, business policy, regional policy or environmental policy. “The fund must not become a government budget number two for purposes that are not prioritised in the annual budget process,” he said.

The commission presented two alternative models in which the fund would be kept under the central bank.

In one model, a separate board is established for investment management, in addition to a board for Norges Bank and a committee for monetary policy and financial stability.

Both alternative models would be viable, the commission said, but not preferable.

The Norwegian government is yet to decide which model to adopt.