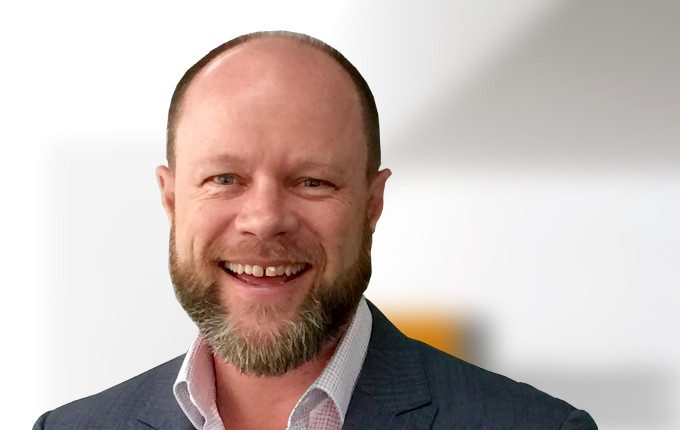 There are many similarities between the pension systems of Australia and Papua New Guinea (PNG). For example, funds in both systems make use of strategic asset allocations based around balanced investment options.

Funds in both countries are well regulated with similar prudential standards and have similar structures, and are run by boards that are made up of union and employer group representatives and, in the case of PNG, a majority of independents.

They also enjoy steady inflows through compulsory superannuation contributions. In fact, PNG introduced compulsory contributions in 1982, well before Australia, which didn’t do so until 1994.

But that is where the similarities stop, David Brown, Chief Investment Officer at the National Superannuation Fund (NASFund) of PNG, says in an interview with [i3] Insights.

The major difference between the issues that pension funds in both countries face lies in the structure of the domestic markets in PNG.

We are a major participant in the government bond market, in the equity market and in the real estate market, but all of those markets are very illiquid

“Being a large investor into the local economy means we see every deal. We are a major participant in the government bond market, in the equity market and in the real estate market, but all of those markets are very illiquid,” Brown says.

“If you look at the stocks listed here on the Port Moresby Stock Exchange, it is a very illiquid market, so you buy and you hold. Half of our equity portfolio is actually direct equity. We are more Canadian than the Canadian model … out of necessity.”

The same is true for the bond market.

PNG government bonds provide handsome yields. For example, in an auction held on 5 January, the central bank of PNG offered a 364-day treasury bill at a yield of 8.03 per cent. Bonds yield over 12 per cent from a country that has never defaulted.

But there is no trading in this market, so investors are forced to hold any bond until maturity.

“There is no secondary bond market, so there is no trading. We are looking at ways to develop that, but there are impediments against it happening. One of them is that there are no global custodians that operate here,” Brown says.

Although few members are retirees, liquidity is a real issue for the fund because under PNG regulations members can draw down on their pension account if they become unemployed, resulting in cash outflows for the fund.

Usually this isn’t a problem since the fund receives enough compulsory contributions, but last year the local economy took a turn for the worse and for the first time in the history of the fund it had to deal with negative cash flows.

“If members are unemployed for three months, then they can draw down on their superannuation as sort of an unemployment benefit,” Brown says.

“Where we get PGK200 to 300 million net positive through the door in most years, last year we went negative for the first time ever, due to a considerable downturn in the economy.

“We had PGK450 million in and PGK456 million out, 70 per cent of which was an unemployment benefit, basically.

“Luckily, the difference was only PGK6 million, but it was enough for us to realise the problem of managing liquidity with illiquid assets.

“The illiquidity of the portfolio is probably the largest risk that we’ve identified, so we need to look where we get that.”

The high levels of yield in bonds and real estate help with this.

“Thankfully, we get a yield for almost the entire portfolio and so we manage cash on a daily basis and we understand where it is coming from and where it is going,” Brown says.

“We have a real estate portfolio with very high occupancy rates: about 88 per cent occupancy across the portfolio.

“The lease structures are a bit different here and that means we have shorter lease periods, but it also means we can get better yields. It depends on the building, but overall our total real estate portfolio yields net more than 7 per cent.

“So it is about a focus on cash, yields and receipts.”

To get a better insight on potential future drawdowns, Brown has teamed up with academics to develop a model for predicting member behaviour and, ultimately, outflows.

The effort is led by Martin Davis, an Associate Professor of Economics at the Washington and Lee University in Virginia, United States, and a Research Fellow at the Australian National University.

Although born an Australian, he was raised in PNG and still has close ties to the country.

“We are working with academics, who see that we have a unique data set in terms of the private sector employment numbers of a developing country that relies on mineral extraction,” Brown says.

“They are fascinated by our data because it provides real-world numbers, rather than some of the more fuzzy data coming out of statistics bureaus.”

We are working with academics, who see that we have a unique data set in terms of the private sector employment numbers of a developing country that relies on mineral extraction

For example, data on member drawdowns provides insights into rising or falling unemployment in certain sectors of the economy.

“They are building a model based on a variety of statistics coming out of our member database, looking at industry, sex, regions, age and member behaviour in terms of savings patterns,” Brown says.

“You can almost predict the pattern of behaviour as the economy expands or contracts.

“So next year we should get some results from that. We want to know how we can better employ the assets that we are entrusted with, without having liquidity problems.”

David Brown spoke at the [i3] Portfolio Construction Masterclass 2018 held on 20 – 21 March at the Sofitel in Nadi, Fiji. For more information see here.

What is the Risk-free Rate?

Although Papua New Guinea (PNG) has never defaulted on its debt, the country’s credit rating is not great. Hovering somewhere around single B, depending on the assessing agency, its rating is similar to the likes of Kenya and Jamaica.

Combine that with a relatively small set of potential buyers of local debt and PNG’s government has to set high yields for its issuances.

This imbalance causes issues in many asset classes because it means common methods for estimating value and determining risk no longer make sense.

“For example, what does it mean for your real estate portfolio? How do you work out what the capitalisation rate is?” Brown says.

“If you come from Australia, then you have the risk-free rate and they add on various premia. If you do that here, then you would come up with some ridiculous number in terms of the cap rate.

“So how do you calibrate risk when your bond market doesn’t really function in the way it measures risk compared to the way it works in a developed country. That has enormous consequences when you try to work out required hurdle rates for equities or for infrastructure projects.”

Investing Alongside Machines APG – Pushing the Limits of Factor Investing