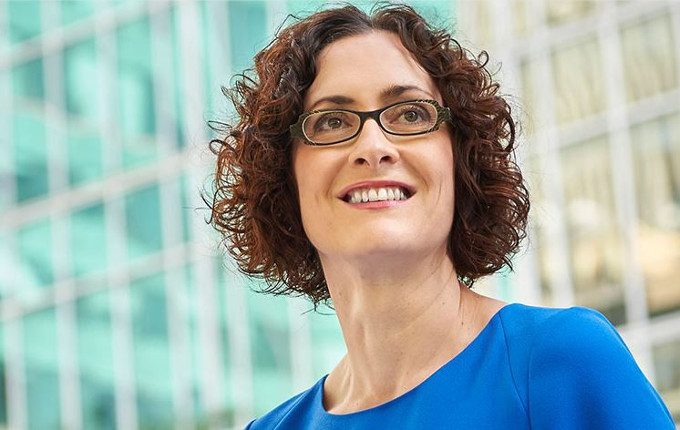 It is probably impossible to pinpoint the exact start of environmental, social and corporate governance (ESG)-linked investing, since investors have applied various screens in their search for new investments throughout the ages, whether those were politically, socially or religiously motivated.

But a key event that paved the way for the modern approach to ESG was the publication of a paper by American sociologist James Coleman in 1988, in which he defined the concept of social capital.

Before Coleman, the dominating train of thought around the interplay between social responsibility and investment returns was steeped in the thinking of economist Milton Friedman, who argued that anything that interfered with a person’s pursuit of their own self-interest would come at the detriment of the ultimate financial outcome.

Coleman – who interestingly enough published his research while working at the spiritual home of Friedman: the University of Chicago – showed that social relationships could lead to higher productivity and proposed a theoretical framework which “involves use of the paradigm of rational action, but without the assumption of atomistic elements stripped of social relationships”.

In other words, people’s financial decisions should be seen in the context of their social interactions.

Yet, the amount of money managed under what we now identify as ESG factors remained small, partly because trustees were unsure of whether their fiduciary duty allowed them to consider anything other than financial issues.

But that uncertainty was taken away in 2005 when the United Nations Environment Programme Finance Initiative commissioned a report on the interpretation of the law with respect to investors and ESG issues.

The conclusions of the report made it clear in no uncertain terms that not only was it permissible for investment companies to integrate ESG issues into investment analysis, but also it was arguably part of their fiduciary duty to do so.

I can’t believe we have ignored fixed income for such a long time... But there have been a lot of lessons learned from listed equities and we are trying to put that into the conversation to accelerate the adoption of ESG principles in fixed income

Helped along by the financial crisis of 2008-09, which put further emphasis on the importance of governance, there is now US$22.89 trillion of assets being professionally managed under responsible investment strategies, according to the Global Sustainable Investment Alliance.

Yet until recently, most ESG policies have focused almost exclusively on the listed equities space.

“When I look back at my career of 20 years in this space, I go: ‘Wow, I can’t believe we have ignored fixed income for such a long time.’ It is the biggest part of the market,” Amy O’Brien, Managing Director and Head of Responsible Investments for TIAA Investments, says in an interview with [i3] Insights.

But O’Brien also notes the application of ESG frameworks is less straightforward outside of equities.

If you were to apply one of the most popular tools in ESG investing, engagement, to facilitate change in this sector, then you are basically trying to interfere in the political process of a sovereign country.

Sparking revolutions is perhaps not the domain of a fixed income investor.

“A lot of tools that were developed for the listed equity market are transferrable to corporate credit funds, but beyond that … there are many types of issuers,” O’Brien says.

“In our own experience, we have worked a lot with issuers of green bonds. That was a starting point.

“Some companies have looked at these bonds as a way to raise capital from a different type of investor base and they have been looking to do it in a credible way.”

TIAA has been working on the development of a framework for green bond standards, especially in the area of disclosure.

“There are ways to offer better disclosure in offering memorandums for bonds and that is not well defined yet,” O’Brien says.

“But there have been a lot of lessons learned from listed equities and we are trying to put that into the conversation to accelerate the adoption of ESG principles in fixed income.”

A good illustration of the difficulties in translating ESG policies to other asset classes can be found in TIAA’s investments in farmland.

Farmland can be a great diversifier from equity and bond risk because it is not tied to the cyclicality of financial markets. But at the same time, attractively priced farmland assets are often located in countries with a weaker rule of law than in developed countries and this can cause difficulties in tracing the provenance of a plot of land.

In 2015, TIAA Investments, which was called TIAA-CREF at the time, was under scrutiny for farmland transactions in Brazil, especially in the Cerrado region, a large area on the edge of the Amazon rainforest, where savanna was being cleared to make way for agricultural land.

Much of the controversy centres on TIAA-CREF’s purchase of land from Brazilian businessman Euclides de Carli, who has been accused of land grabbing, forcing farmers off their land through intimidation and violence.

Although these plots were not part of the land sold to TIAA, the asset manager has been criticised for acquiring land from such an unscrupulous person.

TIAA responded that in its due diligence process it did not find any criminal conviction for De Carli at the time and so it treated the allegations as unsubstantiated.

The fund also argued it had met all government requirements for land protection in Brazil, while it also contributed to conservation by improving and rehabilitating certain lands.

We have teams embedded in certain asset classes, so there are teams in real estate and farmland, where you have very specific programs. But the long-term goal is for ESG to be embedded in the [whole] investment team.

In an effort to be more transparent in its farmland investment activities, TIAA publishes an annual report that addresses the various concerns and describes its efforts to improve practices.

“From day one, as we were getting into that asset class, we were working with the asset owners in developing principles for responsible investing in farmland,” O’Brien says.

“We realised that there were some very unique themes in there, where the ESG framework from listed equities was not applicable.

“So we felt that we had to set the standard for what it meant to be responsible in that asset class.

“Over the years, we have been very dedicated to achieving improvements there.

“Certainly, there are stakeholders that are concerned about the asset class as a whole, but we believe there are ways to be active responsibly in this asset class.

“We’ve put out an unprecedented report disclosing what we are doing and our practices.

“We disclose a lot of information about where are we, what countries, what crop.

“I think it is an important asset class from a diversification perspective and it is of a lot of interest to asset owners.”

Farmland is one of two asset classes where TIAA has placed specialised ESG professionals inside the investment team.

“We have teams embedded in certain asset classes, so there are teams in real estate and farmland, where you have very specific programs,” she says.

“But the long-term goal is for ESG to be embedded in the [whole] investment team.”

ESG as a Factor

As the available data on ESG metrics improves, increasingly there are voices that ask the question of whether it is a sustainable factor of investment performance, alongside more commonly acknowledged factors such as value or growth.

O’Brien says it is a question TIAA is currently investigating.

“We have a very large quant team at TIAA and we have been looking at that very same question,” she says.

“I’m hopeful that this is a signal.

We’ve looked at how changes in ESG ratings and the rating itself, what role they might play. Are changes in ratings indicative that a company is heading in the right direction?

“Are they trending upwards from an overall ESG perspective? We think there is some value in that [analysis].

“At the same time, it is still somewhat early days with the data. These datapoints are voluntarily disclosed and they are not audited, so we need to keep an eye on it.

“But it is an important dialogue to have about the role of ESG in strategy, in passive investment, et cetera.”

O’Brien does believe ESG is more than just another word for ‘quality’.

“There is some merit [in calling it quality], especially where you talk about management. But when you talk about environmental and social issues it becomes quite contextualised,” she says.

“You are talking about how are they planning for the future and I would say that is more about strategy.

“How are they addressing the risks and opportunities in key ESG themes? Quality is part of it, but it is not the only opportunity that ESG offers.”