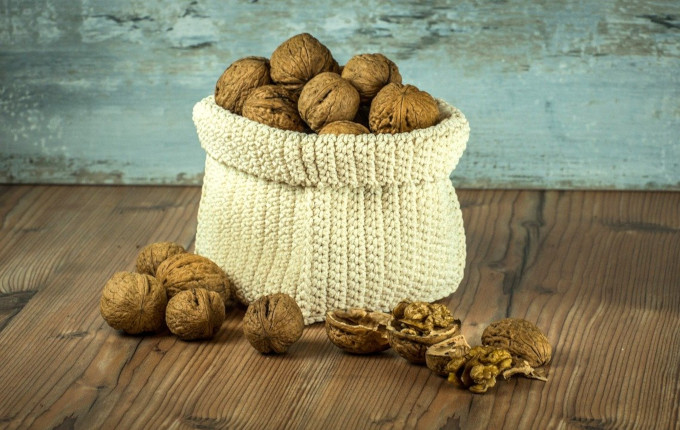 Whether in walnuts and almonds in Australia, coffee in Brazil, or sugar cane in Hawaii, Canadian pension fund PSP Investments is now an agriculture investor to contend with. Florence Chong analyses the fund’s latest string of acquisitions, including an investment into a walnut farm in Australia.

Next time you crack open an Australian-grown walnut, chances are it comes from a farm owned by Canada’s C$168-billion Public Service Pension Investment Board (PSP Investments).

Webster is Australia’s – and the Southern hemisphere’s – largest grower of walnuts. It supplies some 90 per cent of all walnuts grown in Australia.

On what it describes as one of Australia’s largest irrigated farms, with more than 20,000 irrigable hectares of prime fertile land holdings across NSW, Webster cultivates cotton, corn and other cereals, and raises livestock. Its farms are capable of producing more than 180,000 bales of cotton annually, and its extensive grazing farmland produces 2,000 head of cattle and 45,000 lambs.

Importantly, Webster owns a diverse portfolio of more than 150,000 mega litres of water entitlement, underpinning all it businesses.

Simultaneously, PSP bought 12,000 hectares of almond plantations from the Adveg Almond Trust in Victoria for an undisclosed amount.

Industry sources say the combined Olam Water and Adveq almond transactions were worth more than $800 million.

At the time of the Olam acquisition, Marc Drouin, PSP managing director and natural resources head, said the Olam deal was consistent with the pension fund’s strategy to partner with best-in-class operators who took a long-term view.

It was also quite complementary to PSP’s existing permanent crop investments around the world, he said, and represented a unique avenue to add scale, particularly in Australia.

Whether in walnuts and almonds in Australia, coffee in Brazil, or sugar cane in Hawaii, PSP Investments is now an agriculture investor to contend with.

Outside large corporates and privately-owned businesses, the Canadian investor is taking its place among the largest global investors in agriculture – names that include Westchester, part of Nuveen group; Proterra, part of Cargill, a venerable global name in agribusiness; the Macquarie Group, and Hancock Agricultural Investment Group.

Since the 2019 report was published, PSP has continued to invest in key markets, including, and especially, in Australia, where it has spent more than $1.65 billion in the past 12 months.

In its most recent investment in June, through its Australian business, Aurora Dairies – PSP added four more dairy farms to its portfolio. It paid A$40.4 million to Beston Global Foods for the farms, located in South Australia.

PSP’s principle is to work with local, like-minded partners. In 2016, it formed a joint venture, Daybreak Cropping, with Warakirri Asset Management, an Australia manager of agricultural assets whose investors include Rest Super.

In January last year, PSP bought Proterra Investment Partners’ majority stake in BFB Pty Ltd, one of Australia’s largest grain growers. Reports at the time said the transaction was worth more than $200 million.

With an increased focus on natural resources, the fund in its 2019 annual report showcased two relatively new investments, sugar cane land in Maui, Hawaii, and a large coffee plantation in Brazil.

It credited a PSP employee, Fernando Furtini, with having spotting the opportunity to invest in Grupo Montesanto Tavares (GMT), Brazil’s fourth-largest coffee producer.

Furtini, a director with the pension’s natural resources team, introduced Ricardo Tavares, founding partner of GMT, to the fund, and this led to consummation of a deal in June 2018. PSP bought a significant stake in GMT, which sells high-grade coffee beans to several world-renowned brands.

PSP has since injected additional equity into the company to support GMT in its vision of becoming the largest coffee producer in Brazil. GMT’s farms are 1,000 times larger than the average coffee farm. They are located in the highlands of southeast Brazil, a region recognised for producing top-quality beans suitable for higher-margin specialty coffees, and where the flat land enables mechanical harvesting.

In December 2018, PSB formed a joint venture, Mahi Pono, with Pomona Farming to purchase 41,000 acres (16,592 hectares) of former sugarcane land on the island of Maui. It plans to grow multiple crops on the land with emphasis on sustainability.

But it is Australia that has captured most interest and investment dollars from PSP. According to the 2019 annual report, 57.6 per cent of PSP’s allocation to natural resources is in Australia, compared with 33.3 per cent in North America and 7.6 per cent in Latin America.

The key reasons are familiarity with Australia’s legal system and the similarity of the two economies.

In a previous interview with this journalist, Drouin said: “PSP’s strategy is predicated on only deploying capital in jurisdictions that provide opportunities for scale, that have a significant number of potential operating partners, and have stable rule of law.

“Australia meets all these criteria,” he said then.

The pull of agriculture is obvious growth in demand for high-quality food, like beef, dairy and tree nuts, as consumers around the world clamour for produce from countries with a ‘clean and green’ image. Australia fits the bill.

It also sees investments in agriculture as aligned with PSP’s core mandate, which is to earn an inflation-adjusted return target without undue risk of loss. Agricultural commodities tend to be significant contributors to inflation.

Returns from agriculture investments tend to be less correlated with those of other PSP asset classes, and therefore provide significant additional portfolio construction benefits, said Drouin.

In the 2018-19 financial year, natural resources returned 11.1 per cent and, over the previous five years, the annualised return was 12 per cent.

PSP Investments, which invests on behalf of the Canadian public service, armed forces , the Royal Canadian Mounted Police and the Reserve Force, aims to have more than C$250 billion in assets under management by 2028.

It is likely that its allocation to natural resources, including agriculture, will rise commensurate with its growth over the coming decade.

At the Foothills of a New Cold War Don’t Just Hoard Yield: Aviva