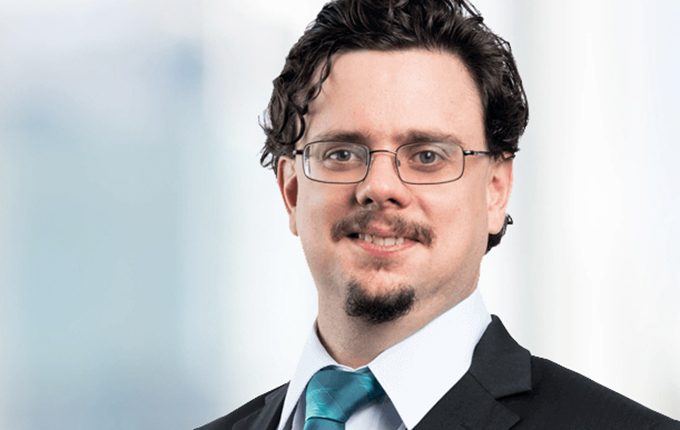 At the end of last year, Tim Macready, Chief Investment Officer at Christian Super, and his team made a rather brave move, but one they felt was important for the future development of impact investing.

In a paper written for the Investment Management Consultants Association, they laid down the track record of their impact investment portfolio over the last 6 years, isolating the portfolio’s returns from the fund’s overall performance.

The idea was to show once and for all that impact investments don’t have to come at the expense of returns.

“There are three big myths that we are trying to prove false,” Macready says in an interview with [i3] Insights. “One, people say that impact investing is inconsistent with fiduciary duty. By publishing Christian Super’s track record, we are trying to proof that that statement is false,” he says.

In the paper, Christian Super discloses that its impact portfolio has produced an annual return of 6.7 per cent after fees over the 6 years to 31 December 2015, an outperformance of 0.4 per cent per year over its absolute return benchmark of the Australian consumer price index plus 4 per cent.

The other two perceived obstacles that hold many funds back from making impact investments revolve around deal pipelines and expertise.

“The second myth is that there are not enough deals out there,” Macready says.

“That was certainly the case three to five years ago, but today we have more deals to look at then we have the time to do research on, so we need to concentrate our research in areas that we think are of most interest to our clients.

“We are currently looking at a pipeline of deals of $6 – 7 billion, so we could easily place $500 million over the next 1-2 years, I would say. And that is just from the current deal pipeline.

“It is not just that we’ve got 200 tiny little deals that we’ve got our eyes on; there are some really big deals happening that we could feed people into,” he says.

The third myth is more of a barrier, Macready says, and relates to the expertise in researching available opportunities.

“People say: ‘I don’t know how to find the deals and even if I did I wouldn’t know how to assess the risks’. This is why we have Brightlight,” he says.

Last year, Macready and his team established a new entity that enables Christian Super to leverage its expertise in impact investing and provide it as a service to other asset owners.

Brightlight is applying for its Australian Financial Services licence and it will provide consultancy services to investors in regards to the construction and management of impact investment portfolios.

For Macready, this is a way to scale up the benefits they are now reaping from the time, energy and resources that were poured into establishing and developing its impact investment capabilities.

“As a CIO of Christian Super, there is only so much of this particular risk that I can tolerate in my portfolio, no matter how much I think I will get rewarded for taking it,” he says.

“What we are trying to do with Brightlight is taking it from Christian Super’s $100 million impact portfolio to a place where over the next 5 to 7 years we could have billions of dollars in capital flowing into Australian impact investments and from Australia to overseas impact investments.

But Macready’s ambitions don’t stop there. He would like to see Australia become known as a centre of expertise for impact investing in the region.

“We can start to talk about: ‘What is Australia’s financial position in the region and how do we turn Australia into the regional thought leadership hub for impact investing, so that Singapore, the Philippines, Indonesia and China are coming to us to say help us make impact investments?'”

Impact investing is a relatively recent term and it didn’t come into widespread use until just before the global financial crisis. It was mostly reserved for private equity-style investments, where the returns and benefits were directly related to the project.

But the area is changing and the philosophy of investing with good social or environmental outcomes is increasingly finding its way into other asset classes.

“One of the things we are excited about is the growth of impact investing outside of private equity,” Macready says.

“There is a limitation with what you can do with private equity, particularly when a lot of the private equity is focused on frontier markets.

“But now, some of the payment for success in social impact bonds and green bonds, those more defensive type of assets, mean that you can actually start to construct a much more diversified impact portfolio.

“At the same time, we are seeing impact investments that are starting to look a little more like infrastructure than traditional private equity. There are even firms branching out into listed impact equities,” he says.

“What this means is that instead of looking at one deal and then the next, you can actually strategically diversify a portfolio and this, we believe, was one of the prerequisites for setting up an advisory firm,” he says.

Apart from Christian Super, Brightlight has already one external client: the Department of Foreign Affairs and Trade (DFAT).

“The work we are doing for them is related to an impact fund that they are setting up to invest in South-East Asia,” Macready says.

“Another organisation with extensive experience in development finance is doing the design for that, but they wanted a local party with institutional investment experience to provide input on the design project.

“We are providing an institutional framework over the top that says: this is how you need to build a fund so it doesn’t just stay a $40 million portfolio.”

Macready also expects to sign on a number of external asset owners but says he doesn’t intend to go head-to-head with other asset consultants to obtain these clients.

“For the mainstream asset consultants, the number of deals that are out there and the relationships you need to build up means it is probably not worth it for them to do,” he says.

“But we can work alongside a mainstream consultant and work on a dedicated impact portfolio.

“The asset consultant can still give advice around the allocation to impact and say: ‘An impact portfolio is really illiquid and you shouldn’t allocate more than say 6 or 8 per cent.’

“But we can then work within those constraints and say to the consultant: ‘Okay, tell us about the existing portfolio. It looks like they already have a lot of emerging markets exposure. We will be careful not to double up on that in the impact portfolio,” he says.

Looking further into the future, Macready also has plans to establish an asset management arm that will run a fund-of-fund vehicle as well as specialised screened products.
“The fund is going to be set up as a result of client demand,” he says.

“We’ve been talking to a number of potential clients who are saying: ‘Look, I just want to give you the money, because you are the impact investment experts. I don’t want to retain final say over which deals are going in and which ones are not.’

“So the structure that we are looking to set up is a fund-of-fund that basically includes the best of Brightlight’s universe of managers in a single fund product structure, so you don’t have to go out to 20 impact managers to get a diversified portfolio.

“Over time we are also expecting to do some work in more mainstream asset classes on the responsible investment side. Faith-based organisations or responsible investors that may not be large enough to command segregated mandates with the best Aussie equities managers, but who want exclusions implemented.

“If the demand is there, then we potentially look at setting up screened products in Aussie equities, and then domestic fixed income and global equities as well. That will dependent on client demand.”

“There is so much exciting stuff to do. We realise there is a lot of hard work to do, but we are excited about what we can do to change the world with the money that is just sitting there,” he says.

Samuel Richards, Chief Operating Officer of Brightlight, will be speaking at the [i3] Equity & Equities Alternatives Forum 2017, to be held on 29 and 30 March in Melbourne.

Tim Macready will continue to be the Chief Investment Officer of Christian Super, but has also taken on the role of Managing Director of Brightlight.

Sam Ung, a research analyst with Christian Super, who spent one day a week on the impact investment portfolio, has moved across, too, in a similar role.

Brightlight has also made new hires.

Sam Richards joined the firm from Goldman Sachs Asset Management, where he was Chief Operating Officer. In addition to his many years at Goldman Sachs, Richards has been involved in a number of social projects focused on poverty and the economic empowerment of women.

“He will bring a lot of the compliance knowledge and technical expertise about how to run a fund,” Macready says.

Charles Liu work for Christian Super in 2008 and wrote some of the initial reports on microfinance. He also worked for KPMG for eight years in their social finance team, structuring social impact bonds.

“He has recently moved to London, so we have put him on as a European liaison, doing research on deals that are easier to research from London. He is looking at Leapfrog III at the moment, which is a London/Edinburgh team.”

“It is a really good team and a lot of these people are part-time so that we can scale up the business as it grows,” Macready says.