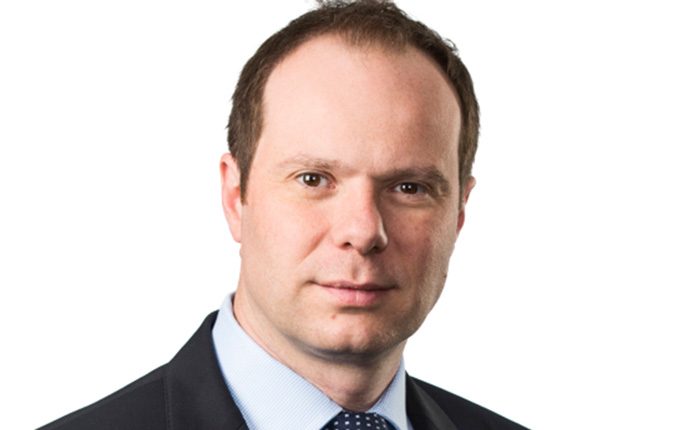 When Richard Brandweiner announced he would step down as Chief Investment Officer of the $75 billion pension fund First State Super to join an impact investment firm it raised more than a few eyebrows.

But for Brandweiner it was a natural progression of his previous efforts.

“During my career, I looked at various ways to involve responsible investing, for example through the concept of universal ownership, where large asset owners acknowledge that their choices of investments impact the larger economy whether they like it or not,” Brandweiner, Partner at Leapfrog Investments, says in an interview with [i3] Insights.

“But impact investing from an institutional point of view faces three challenges: scale, liquidity and a lack of intermediaries. I wanted to do more impact investing at First State Super, but the framework wasn’t there. Most of what was called impact was sub-scale.”

“So what I’m looking to build are strategies that I wanted to buy as an asset owner,” he says.

Brandweiner started only two weeks ago at Leapfrog Investments, a firm which gained worldwide attention in 2008 when former US President Bill Clinton endorsed it in a speech at the annual meeting of his Clinton Global Initiative foundation.

But Brandweiner is already noticeably brimming with excitement about the firm’s activities, as we talk in a café nearby the firm’s Bondi Junction offices.

“Did you know that Leapfrog’s portfolio companies have grown their revenues on average by 49 per cent a year? I didn’t before I joined,” he says.

What I’m looking to build are strategies that I wanted to buy as an asset owner.

Leapfrog focuses on investments that promote the financial inclusion of people in developing countries.

“Stephen Bowey, a partner at Leapfrog, says that the success of the firm, which has already raised over $1 billion in commitments, is not just found in its efforts to do good, but also in its focus on companies that attempt to gain access to untapped markets.

He points to BIMA, which provides mobile insurance to low-income consumers.

“BIMA saw how low the penetration of insurance coverage was among, what we call, emerging consumers, these are people who earn on average between $2-10 a day. Below that, you’re really talking about poverty or destitutions, but in the $2-10 range they are emerging from poverty, and are in real need of essential financial tools like insurance” he says.

In these low-income segments, insurance is not just a nice-to-have product. If a person gets sick and can’t work, then it often starts a vicious circle where they incur debts and have to take their children out of school to work, who then remain uneducated and likely to end up with low paying jobs.

“BIMA saw that they didn’t have access to insurance because for insurance companies it was too expensive to set up distribution for these groups of people,” Bowey says.

“But these people often do have mobile phones and this means you can reach them at a fraction of the cost [of traditional insurance distribution networks].

“In these markets price competition between mobile operators is fierce, so people switch telephone operators often, driven by cheap deals. So mobile operators face a loyalty problem. What BIMA did was go to the mobile network operators and worked out a deal where these operators said to the customer: ‘If you stay with us, and spend a minimum monthly amount, you’ll get free insurance’. 90 per cent of their customers are accessing insurance for the first time.”

There are still people that want the proof [of whether impact investing does not need to come at the expense of returns], but we need to shift that debate to: ‘How can impact actually create value?'

Another example is AllLife, a provider of life insurance to people with HIV. These people find it hard to access traditional life insurance, but AllLife employs a client-centred model to help its policyholders improve their health and their resistance. As a result, they are both insured and healthier. “AllLife backs its policyholders to live,” says Bowey.

The concept proved so successful that the company is now rolling out its model to people who suffer from diabetes, which is a much larger market globally.

“There are still people that want the proof [of whether impact investing does not need to come at the expense of returns], but we need to shift that debate to: ‘How can impact actually create value?’,” Brandweiner chimes in.

“They are tapping markets that didn’t exist, so there are few competitors,” he says.

These examples are part of the firm’s private equity-style funds but Brandweiner says that if they are going to attract larger volumes of capital from institutional investors, they will need to overcome the three challenges of scale, liquidity and intermediaries.

Therefore, he will look at listed equities or traded bonds rather than private equity and it will be some time before he will have an institutional strategy that is ready to be implemented.

“I expect that it will be at least two to three years down the track,” he says.

But Brandweiner is also getting involved in the day-to-day activities of Leapfrog and brings a client’s viewpoint to many discussions.

“In essences what we are trying to do is: ‘How can we unlock the gates of the capital markets to the developing world?’,” he says.