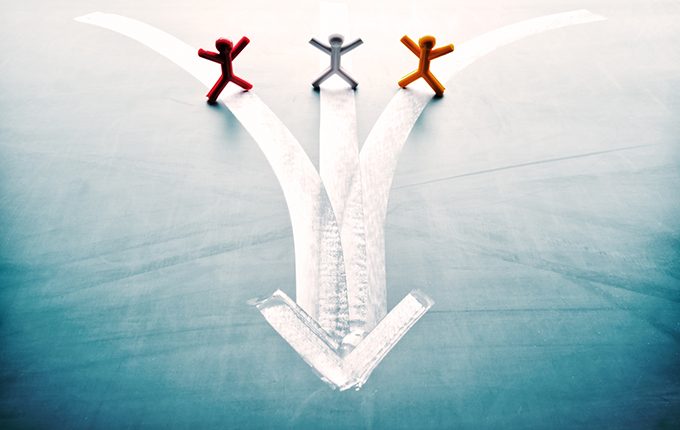 Credit fuelled growth, by its nature, is just not sustainable.

The term ‘emerging markets’ was coined in 1981 by Antoine Van Agtmael, who was then an economist with the World Bank’s International Finance Corporation.

As it is a relatively young concept, there is a danger in accepting the title of Emerging Markets Economist.

But Alex Wolf was brave enough to accept this title when he joined Standard Life  Investments two years ago and he chuckles when asked if emerging markets still exist.

“Oh yes. They still exist, but there has been tremendous divergence,” he says. “The best way to describe it is that the period [of rapid growth] in the 2000s was an aberration. Most emerging markets were growing quite rapidly, well above the global average.

“In the post- [Cold] War era, you only have a handful of emerging markets growing above 5 per cent a year. But in the 2000s, most were growing quite rapidly and a lot of that was on the basis that there was structural growth which caused trade to grow quite rapidly.

“On top of that there was a rapid growth of China, which lifted all emerging markets.

“What we are now seeing is an unwinding of all those factors; emerging markets have less favourable liquidity conditions, especially US dollar liquidity. There has been a collapse of commodity prices across the board, as a result of a more slowly growing China.”

“A lot of emerging market growth has been credit fuelled over the last 10 years and now that has exhausted its utility. We see in a lot of countries credit conditions tightening and debt as percentage of GDP has grown to the point where we now see some deleveraging occur, although not in China.

“Credit fuelled growth, by its nature, is just not sustainable.”

“You have to take a much more country by country look and so yes there are still emerging markets, but there has been a lot more divergence among countries than there used to be,” he says.

In emerging markets, where the data is much less trustworthy and there is more state influence over economies, it makes sense to start with the political outlook.

Wolf wasn’t always in the private sector. Before he joined Standard Life in 2014, he was diplomat for the US Foreign Service in Beijing, China and before that in Taipei, Taiwan.

Maybe I’m a bit paranoid but I’d very much appreciate it if he doesn’t publish my duties while at the Beijing embassy.

His postings have given him a rather unique insight into the interaction between governments and industries.

“I tend to look at policy much more closely,” he says.

“Some economists look at the data as a first step and then look at how policy might affect their growth hypothesis. I think that is definitely [the right approach] with developed markets where the data is accurate, clear and timely and policy is more transparent, so it makes sense to start with the data.

“But in emerging markets, where the data is much less trustworthy and there is more state influence over economies, it makes sense to start with the political outlook and then add in the data along with your overall analysis.

In 2013, [China] published this big sweeping reform plan and we are now in 2016 and they haven’t achieved all that much.

Although Wolf believes in the long-term growth story of China, he is not an exuberant China bull.

“I find myself getting a little bit more bearish. In 2013, [the Chinese government] published this big sweeping reform plan and we are now in 2016 and they haven’t achieved all that much from a rebalancing perspective.

“On the financial side there have been some positive steps, but across the board, from the perspective of deleveraging debt or land reforms and most crucially the stated-owned enterprise reform, they haven’t really done much.”

The large amount of debt is a big problem and the complexity of managing a controlled reduction should not be underestimated, Wolf said.

“You have credit growth continuing to outpace both GDP (gross domestic product) and China’s debt servicing capacity, but it can’t grow indefinitely. For a developing country, the level of debt, both government and corporate, is quite high.

“In the past, every country that has experienced debt growth this rapidly have all experienced a crisis somewhere, either a financial crisis in the banking system or a hard landing and a collapse in growth.

“If China doesn’t, it will be the first country ever in the history in the world,” he says.