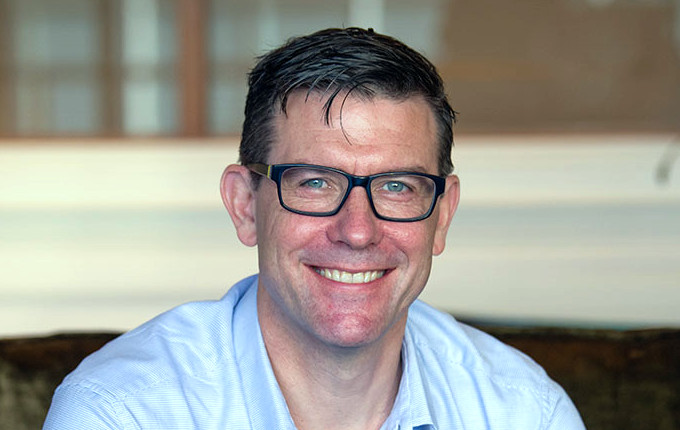 Housing affordability around the world is at an ultimate low point and it is only getting worse.

Data from US-based think tank the Urban Reform Institute shows that the number of severely unaffordable markets for middle-income households rose 60 per cent in 2021 compared to 2019.

The research looked at 92 different markets in eight nations and Australia scored appallingly.

For many essential workers, who are mostly on fixed, low to moderate incomes, this means they can no longer live where they work or are under severe financial stress.

[Tim Sims] had been kicking around an idea around housing affordability and he said: ‘Can you spend some of your time looking at this?’ It didn't take me much time to work out that this was something that I wanted to get done

Research by the University of Sydney shows that out of 400,000 nurses and police officers in the Greater Sydney area, 28,000 experience rental stress, while 23,800 are in mortgage stress. Only 17 per cent of these workers own their own home (with a mortgage), while seven per cent indicated they still live with their parents.

In Melbourne the situation is not much better. Out of 350,00 nurses and police officers, 19,000 experience rental stress, while 20,000 have mortgage stress.

Tim Sims, Founder and Managing Director of Pacific Equity Partners, had been considering this problem for some time, when Tim Buskens consulted him on his next career move.

“I previously worked with Tim Sims, who really became a friend and a mentor to me, and I approached him thinking about my next role and how I can use my skills and experience to actually create a difference,” Buskens says.

“He had been kicking around an idea around housing affordability and he said: ‘Can you spend some of your time looking at this?’ It didn’t take me much time to work out that this was something that I wanted to get done,” he says.

Together they established HOPE Housing, an investment firm that would co-invest in housing for essential workers, giving these workers the ability to buy homes that cost twice as much as they might otherwise have been able to afford.

HOPE Housing typically takes a 50 per cent stake in a property, which it bundles into an investment fund. So far, the firm has raised $30 million and will close the first fund when it reaches $100 million. Buskens has plans for a second fund of $200 million and a third one of $400 million.

It has already bought three properties in the Greater Sydney area, including in Blacktown, Cromer and Mascot. 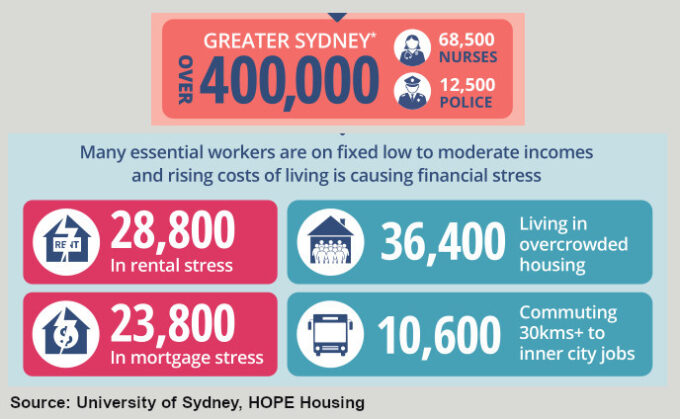 Having both a finance background, Buskens and Sims, with the help of Deloitte, initially started by working out what a commercially attractive return would be and developed a model targeting a net annualised return of 10 per cent over the long term, a with a risk/return profile that sits in between bonds and equities.

The fund is established as a 10 years closed ended vehicle with distributions paid back to investors over that term. This period is based on data from Core Logic that found there is a normal distribution of house price sales around seven years and often people refinance even sooner than that.

HOPE Housing has found a like minded partner in Police Bank, a mutual that provides banking services to the police force and also all other members of our community. Police Bank provides the mortgages under the scheme, while HOPE provides a digital platform that guides homebuyers through the process of buying.

Once the financial details of the fund had been worked out, Buskens and Sims looked at the social benefits that HOPE Housing could provide to essential workers, because enabling homeownership is not just about putting a roof over someone’s head, but also provides a broad range of social and financial needs, they discovered.

“It’s also about putting money in their pocket; helping them to build equity and wealth plus give them stability. And if we do that through helping essential workers live closer to where they work, then there is a whole other level of impact through mental and physical health,” Buskens says.

HOPE Housing has partnered with the Centre for Social Impact at University of New South Wales to measure how the lives of essential workers that participate in the scheme is improving, looking at, for example, the rate of divorce, employee retention and financial wellbeing.

In the baseline study, the Centre already estimated that HOPE Housing could deliver a social dividend of 30 per cent, meaning that every dollar invested in HOPE would create 30 cents worth of social benefits.

Our grandparents bought their house with cash, while our parents’ generation were a mortgage generation. The whole financing system has to evolve to account for the fact that property prices over the long term outstrip wage growth

Buskens has ambitious plans for HOPE and believes the firm should be able to grow the funds to at least $1 billion in assets under management (AUM). He also has plans for national expansion in the coming years.

“$1 billion is very achievable. It is ambitious, but when we think about the size of the market then it is just a drop in the ocean,” he says.

But even at $1 billion in AUM, HOPE Housing will only be able to help about 2,000 essential workers. Yet the problem is many multiples of this number in Sydney and Melbourne alone.

The end goal is to get the co-investment model for residential property accepted as a mainstream form of financing, so that it can gather scale rapidly. 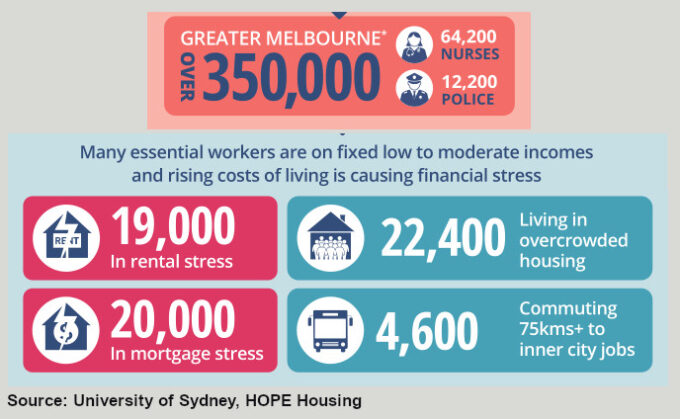 Buskens sees it as the natural evolution of the home financing model.

“We are effectively creating a new category of home financing. Our grandparents bought their house with cash, while our parents’ generation were a mortgage generation. The whole financing system has to evolve to account for the fact that property prices over the long term outstrip wage growth,” he says.

“And so we’re evolving the home financing model to give another step in the ladder for the next generation, which is moving out of their parents’ homes and rental properties,” he says. “This is going to become the norm in terms of the way people finance homes [in the future] so we can scale this up in Australia,” Buskens says.