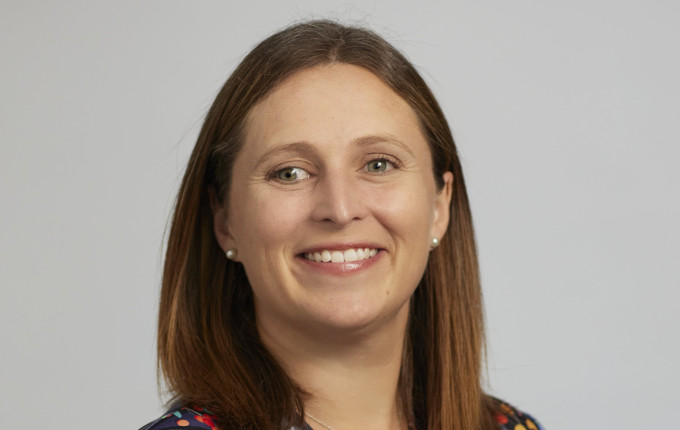 Georgina Dudley has recently taken the reins at JANA as Chief Executive Officer. In this article, we speak to Dudley about her time with the asset consultancy firm and where future growth might come from

Georgina Dudley took over as Chief Executive Officer of JANA from Jim Lamborn on 1 December 2022. Dudley, who previously was the General Manager of Strategy & Innovation, has been with the asset consultant for almost 15 years and has seen the investment industry go through significant change.

The sheer growth of the superannuation industry and the insourcing of asset management capabilities are two of the main ones, which in turn has affected the way asset consultants engage with their clients.

Some of Australia’s largest super funds are expecting to grow to $1 trillion over the next decade and will have increasingly sophisticated internal investment operations. Dudley says the role of asset consultants have changed since she started in the industry, but the need for an independent voice hasn’t necessarily diminished.

“We’ve seen a lot less of just pure performance monitoring,” Dudley says in an interview with [i3] Insights. “A lot of the regular monitoring of investment managers has moved in-house. But there is still an important role for us to be on top of that in terms of being able to provide that overall independent check.”

A lot of the regular monitoring of investment managers has moved in-house. But there is still an important role for us to be on top of that in terms of being able to provide that overall independent check

If anything, the role as independent sounding board has only increased in importance under the increasing scale and ongoing internalisation of asset management functions, as management teams and boards have had to delegate more and more responsibility to the underlying investment teams.

“What we find is that as these funds have gotten bigger and increasingly have sophisticated internal teams, the board and investment committees have delegated some very significant investment decisions to those teams,” Dudley says.

“But they can’t delegate full responsibility because of their fiduciary responsibility to their members and so that’s really where JANA comes in as an asset consultant and provide them with that independent advice and review what constitutes best practice,” she says.

But whereas previously asset consultants worked almost in tandem with funds, often on full retainers, work these days tends to be more project based.

“It tends to be less of the broad all-encompassing retainer type relationships, where we might cover A to Z in terms of scope within all asset classes.

“It now tends to be specialised [work] a lot of the time. For example, if they’ve got a regulatory change coming up and need access to extra resources and build a model very quickly then we can provide that. Retirement is another example, or doing an annual asset allocation review,” Dudley says.

JANA has grown rapidly in recent years and today it is one of Australia’s largest investment consultancies, advising more than 85 clients with a over $1.2 trillion in funds under advice. It has expanded its staff rapidly too and Dudley expects that future growth of personnel will come at a more measured pace.

Yet, she does see some room for additional resources in specialised areas, including sustainability, quantitative analysis and data & operations, which tie in with JANA’s key priorities of helping clients achieve better investment returns and building up JANA’s data and technology capabilities.

Dudley is also looking to continue the firm’s growth in areas outside of superannuation.

“I would see growth largely coming from a range of different client segments. We talked about the changes in the superannuation industry earlier, but we’re also seeing changes on a broader basis, in terms of areas that may historically not have used consultants but are seeing the benefits of an independent, institutional investment consultant,” she says.

“So that gets into the not-for-profit, the for-purpose organisations, whether that’s foundations, universities, family offices, or wealth partnerships. All of those sectors have been a focus of ours.

I would see growth largely coming from a range of different client segments. So that gets into the not-for-profit, the for-purpose organisations, whether that's foundations, universities, family offices, or wealth partnerships. All of those sectors have been a focus of ours

“A lot of the time, they’re smaller in size. They don’t necessarily have the kind of depth of internal investment resources as compared to a $100 billion super fund.

“Many of those would choose to invest in our product solutions, as opposed to a pure advisory relationship.

“That doesn’t necessarily mean a fully implemented solution, but we’ve for example in the last few years developed a real estate and an infrastructure trust, and we’re bringing some of those specialist areas to a broader group of clients, who maybe never have had the opportunity to invest in some of those options in the past. That is definitely an area of growth,” Dudley says.

Implementing net zero strategies is another key area of growth, she says. Asked whether the war in Ukraine and the rise in energy prices have reduced the enthusiasm for decarbonisation among investors, Dudley answers that it is important to develop a holistic approach to net zero and not just jump blindly into it.

“Each client would have their own views and their own philosophy that they apply to [net zero], but it is about understanding the impact of those decisions and making sure that they are actually supported by the actions that are being taken,” she says.

“You don’t blindly make net zero commitments and then work everything out later. It’s about having a robust framework that supports the decisions that are being made,” she says.

Jim Lamborn was CEO of JANA for seven years and made his mark on the firm with his passionate leadership. Asked whether she would bring a different management style to JANA, Dudley answers carefully.

“I would say we have similar views and share a lot of beliefs, but we are also different in terms of personalities. It is hard to boil it down in terms of styles, but I would say probably the biggest difference is that Jim is a bit more instinctive and looks at the big picture.

“My background is that I originally did a chemistry degree and so I come from more of a scientific kind of training. So, I would use data more where I can. But maybe in seven years’ time as a CEO I find that I haven’t got the time to get into the nitty-gritty. We’ll see,” she says.