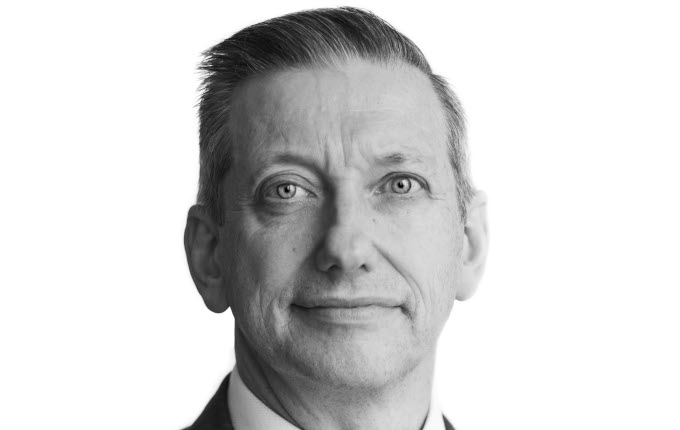 Crestone Wealth Management’s Scott Haslem says it is time to rebalance fixed income allocations back to their long-term strategic weights as bonds have a role to play again in protecting against a potential recession.

Scott Haslem has been the Chief Investment Officer for private wealth firm Crestone Wealth Management for more than four years and before that spent almost two decades at UBS Australia, where he was the Chief Economist.

But at the very start of his career, Haslem worked for seven years at the Reserve Bank of Australia (RBA), mostly under Governor Ian Macfarlane and at a time Glenn Stevens was the Assistant Governor.

Asked if his background at the central bank gives him a different perspective on monetary policy and the recent increase in the cash rate, Haslem pauses for a moment.

“If anything, it probably makes me slightly less forgiving when it comes to errors of policy. It has been a long time since I worked at the RBA; it’s been over 20 years ago,” he says.

“It was through the 1990s, which was the beginning of the inflation-targeting regime. It was really when we got inflation down and the bank initiated this inflation target, and a key focus in that inflation model was that we’ve got to get inflation expectations to be in that two to three per cent range.

“If we can get people to expect inflation in that range, then it’ll be much easier to control it.”

The most recent dalliances into maybe not backward-looking, but certainly reactive monetary policy by global central banks, I don't think has worked particularly well

He says the big difference between the monetary policy of the 1990s and that of today is that the current policy seems to have become more reactive and, inevitably, this means decisions are made too late.

“The most recent dalliances into maybe not backward-looking, but certainly reactive monetary policy by global central banks, I don’t think has worked particularly well,” he says.

“And so I think the challenge for us now is to ensure that inflation expectations don’t get out of control, which is why central banks are moving very quickly now to get rates up to a more normal level.

“But I think if we then rethink that forward-looking policy, it would also mean that hopefully at some point central banks will not overtighten because the main thought process back in the early ‘90s was if you tighten interest rates until you’ve seen inflation falling, you’ve tightened too far.

“You’re trying to look forward to where you think inflation is going to be, so hopefully that will cause central banks to pause once they start seeing inflation coming down.”

During his time as RBA Governor, Stevens was well aware of the fact that choosing the right policy is a tricky thing and so rather than looking for the best way to target inflation, he looked for ways that would best limit any potential damage.

He was famous for asking the question: What is the path of least regret?

“I think that is sort of an error of judgment; we are living through one of the greatest forecasting errors of central banks in modern monetary history. The path of least regret would have been to start tightening interest rates through the second half of last year.

“Now obviously there have been complicating factors with the war in Ukraine, those pressures on energy prices, the impact of the pandemic, the shifts in China’s foreign policy … there have been plenty of complications, but you could have worked out a stimulatory monetary policy from a level that was far less of an emergency level than where it was when we came into this year.”

Asked if he is worried about monetary policy overshooting and causing a recession, he answers that this is a risk, but not a given.

I think that is sort of an error of judgment; we are living through one of the greatest forecasting errors of central banks in modern monetary history. The path of least regret would have been to start tightening interest rates through the second half of last year

“It will be difficult to manage a soft landing, but the potential of a recession is not our central case. But clearly we are living in a fat-tail environment where the confidence around the central case is lower and the risks embodied in the tails of the normal distribution are higher,” he says.

He sees three main risks: the war in Ukraine spiralling out of control, a sharp rise in inflation and the possibility of central banks overshooting in their tightening of cash rates.

But despite these, not insignificant, risks, his base case is still one where there is a reasonable amount of economic growth, although growth might slow towards the second half of this year.

“We still think, based on the fundamentals, that global growth and Australian growth will be around trend,” he says.

“It might potentially be a bit below [trend] globally and a bit above in Australia’s case. A recession is not a necessary ingredient to getting inflation under control, but clearly we are starting to see a more pernicious spread of headline inflation into the core measures of inflation, such as transport, and we need to get that under control in the next couple of months or the inflation issue will be harder to contain.”

The rise in interest rates does have a silver lining. While existing bond portfolios might have been significantly hit by rising interest rates, it also means that at current yield levels, bonds have regained some of their defensive qualities.

Ever since the Global Financial Crisis, private wealth clients have become much more aware of the need to preserve capital and build in diversification. But whereas bonds have traditionally fulfilled the role of an Armageddon hedge, they lost much of their defensive qualities when rates continued to drop to historic low levels and investors went shorter and shorter duration, until they bailed out altogether.

Instead of bonds, they cast their eye towards alternative assets, including real assets and hedge funds. It has seen private wealth companies work closer together with providers of alternative assets in an effort to enable better access to these assets, which in the past have remained the domain of institutional investors.

This partly explains the move by LGT Group, the private bank owned by the Princely House of Liechtenstein, to acquire Crestone at the end of last year, since LGT is both a specialist in alternative assets and has a background in the high net worth space.

But now investors can buy a 10-year Australian government bond with a three to four per cent yield, the case for adding fixed income back into the mix has become stronger, Haslem says.

Over the past five years, given the very low-yielding environment, fixed income allocations have been allowed to drift below their strategic levels in many portfolios, and now there is the opportunity to lift those allocations back to the strategic portfolio levels in order to create the defensive ballast and the liquidity that portfolios should have

It is a tricky balance, since investors could step in too early and sustain further losses in their bond portfolios if interest rates increase steadily to higher levels. But if the current concerns about a potential recession come to fruition and rates drop again, bonds will have a diversifying effect on the rest of the portfolio.

Haslem believes it is time to add at least some exposure to bonds back into the portfolio for these diversification benefits.

“It’s time to lift your allocation to fixed income. Bonds are back,” he says.

“We’ve seen almost 10 years of yields trending toward zero in fixed income and we’ve seen clients, with our blessing, reallocating part of their fixed income portfolio to more defensive real assets, where you get a similar risk-return characteristic, but higher yields.

“Over the past five years, given the very low-yielding environment, fixed income allocations have been allowed to drift below their strategic levels in many portfolios, and now there is the opportunity to lift those allocations back to the strategic portfolio levels in order to create the defensive ballast and the liquidity that portfolios should have.

“If we’re going into a recession, which again is not our central case, then fixed income provides diversification in portfolios, which it hasn’t done for five years because there was too much duration risk.”