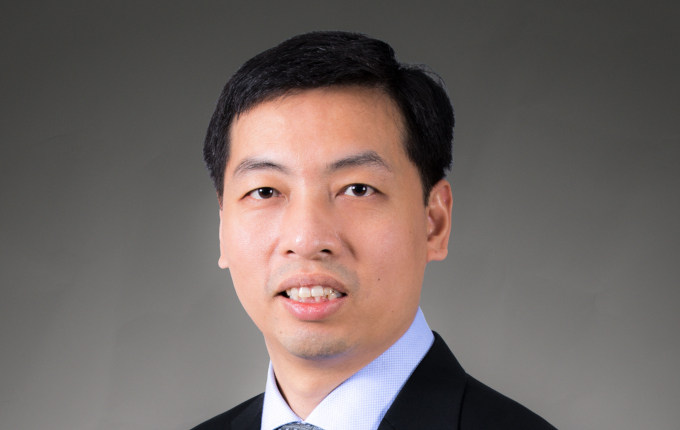 The Chinese stock market is driven by different quantitative factors than those in the US and Europe, says the Deputy CIO of Ping An of China Asset Management (Hong Kong). It is predominantly high dividends, profitability and revisions that generate higher returns, rather than value or momentum, says Steve Zhang.

The Chinese domestic stock markets are largely driven by retail investors, who are responsible for around 80 per cent of the total trading volumes. Their activity causes high levels of volatility as retail investors’ choices are often driven by sentiment rather than fundamental analysis.

As a result, the market is rather inefficient.

This inefficiency offers ample opportunity for quantitative investment strategies to generate alpha, but whereas in the United States and Europe often momentum, value and low-volatility factors drive returns, in China retail investor behaviour results in a different set of drivers.

In China, the most attractive factor in recent years is high dividend. A lot of retail investors are looking for yield and some of the consumer names offer both dividends and growth, so they get a lot of investor attention

“When you look at the Chinese market, the useful factors are so much different from the global standards,” Steve Zhang, Deputy Chief Investment Officer of Ping An of China Asset Management (Hong Kong) Company Limited, the asset management arm that looks after foreign investments for the Ping An group, says in an interview with [i3] Insights.

“We know that in the rest of the world they do a lot of value and momentum, but in China dividend is a very attractive factor.

“For example, if you look at the MSCI World Index, the most interesting factor over the last couple of years would be minimum volatility and momentum. These are the styles that generate good returns, putting aside the risk for the moment.

“But in China, the most attractive factor in recent years is high dividend. A lot of retail investors are looking for yield and some of the consumer names offer both dividends and growth, so they get a lot of investor attention.”

Ping An runs a quantitative China A-shares strategy that is based on nine different styles of factors, including traditional factors such as value and momentum, but also factors that are specific to the Chinese market, including some that are related to market flows through the Stock Connect.

“We do a lot of machine learning and making the machine capture the data to try to get some additional alpha that is not picked up by human beings,” Zhang says.

“We have an excellent machine learning team that looks into which signals are useful. They use LSTM (long short-term memory), CNN (convolutional neural network) and other artificial neural network methods. These are the non-linear models that we use and we let the computer decide which direction it wants to go and show which signals we should use for our portfolio.

Quant-related AUM has been growing fast. As a result, we have prioritized low frequency quantitative strategies which are suitable for large capacity. High frequency trading strategies lack such a key capability

“In total, we have about 300 different signals and they are growing on a daily basis. We only started the database a couple of years ago, so we need time to grow the database. Quant-related AUM (assets under management) has been growing fast. As a result, we have prioritised low-frequency quantitative strategies which are suitable for large capacity. High-frequency trading strategies lack such a key capability.”

Ping An developed the strategy about three years ago to apply it to the China A-shares market. But the insurer has ambitions to expand it to other markets and is close to launching a similar strategy for the Japanese stock market.

“We are developing this method in Japan, but the return target will be lower there,” Zhang says.

“For the China A-share strategy, we target a performance of 10 per cent alpha on top of the CSI 300 Index. But in Japan we are looking at 3 per cent alpha.

“It is very difficult to find alpha in Japan for fundamental managers, so we think that quant will have an edge. But we won’t be too aggressive; we think that 3 per cent is enough for most investors.

“So gradually we want to expand the universe to other markets, but right now it is mostly China and it is coming to Japan. Over time, we will go to other markets as well: Europe, Australia and the United States.”

The quantitative China A-share strategy is a long-only strategy, but Zhang says Ping An has plans to run an internal hedge fund strategy that will look to take short positions mostly on the CSI 300 Index, using futures, and on selective individual stocks.

“We don’t have a hedge fund yet, but soon we will have one. This is planned for the end of the year. That strategy is really an extension of our long-only product,” he says.

Shorting individual stocks is a rather complicated process in China. That’s why Zhang says Ping An will focus on shorting indices.

“Shorting in China is related to whatever the brokers have. The inventory that brokers provide usually come from long-only managers and these will have very high alpha-generation capabilities, meaning that these are usually not good shorting names. So index shorting is still the major trend at this moment,” he says.

The vast majority of Ping An’s RMB8.8 trillion (A$1.8 trillion) in assets is invested domestically. But the insurer is looking to lift its foreign investments from the current 2 per cent to at least 10 per cent over time.

Zhang indicates the insurer is keen to diversify its holdings.

Ping An group overall manages more than US$1 trillion. The overseas assets are just 2 - 3 per cent of that,” Zhang said. “We want to make that at least 10 per cent

“Ping An group overall manages more than US$1 trillion. The overseas assets are just 2 to 3 per cent of that. We want to make that at least 10 per cent and preferably bigger, but based on the current situation that’s what we aim for,” he says.

Investments outside of China are restricted through the Qualified Domestic Institutional Investor (QDII) quota. The QDII quota stood at US$107 billion as of September, according to the State Administration of Foreign Exchange (SAFE).

But there are plans to expand this quota in the near term. Earlier this month, news publication Caixin said SAFE would expand the program in several batches with an annual cap of US$10 billion.

The insurer is also looking to establish itself as a one-stop shop for investments into China from foreign institutional investors.

“It is not a very deep market, but we don’t mind being a pioneer,” he says.

“It sets an example to other Chinese firms and in terms of investment philosophy it makes sense because we do notice that companies that are more ESG (environmental, social and governance) friendly perform better over the years.

“But being honest, the China green bond market is not deep and so we have to extend our philosophy to the One Belt, One Road countries and look at those countries that are offering green bonds.

“But things can change very quickly. I expect that in one to two years we will have a big enough universe for us to pick and choose green bonds purely in China.”

The Green Bond strategy is one of the very few portfolios within the firm that is ESG compliant, he says, but Ping An has the ambition to expand its ESG focus to other asset classes.

“At the group level, we do have an ESG mindset for on and offshore investments and gradually we are moving to a situation where we have all of our investments being ESG compliant,” Zhang says.