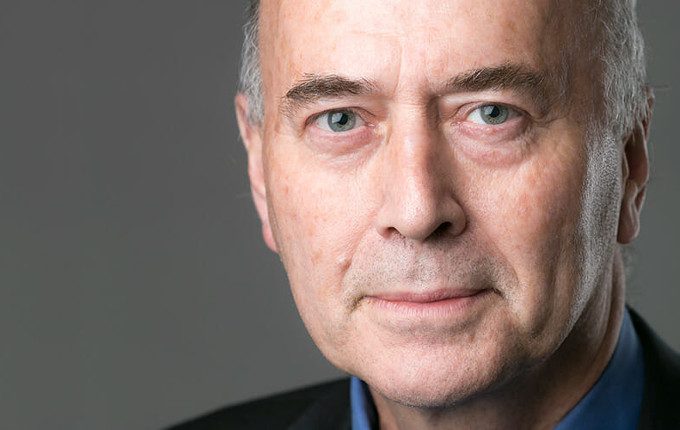 In a world where face-to-face meetings have been largely suspended, governance is more important than ever before, the Thinking Ahead Institute says.

Videoconferencing has replaced much of the usual in-person contact, but it comes with some issues.

The subtle cues people normally pick up from being in the same room as the person they are talking to are often lost in a videoconferencing setting. And as such, it is harder to read the person you are interacting with and get comfortable with them.

From a governance perspective, this is problematic because it means you might not pick up on certain red flags.

One solution to this is that people will need to rely more on hard data and probably will have to collect more of it, Roger Urwin, co-founder of the Thinking Ahead Institute, says in an interview with [i3] Insights.

The ultimate capital in the industry is trust and trust works differently when you can’t get together with people. It is not a removal of trust, but there is the potential to diminish some of the elements that created trust in the past

“The ultimate capital in the industry is trust and trust works differently when you can’t get together with people. It is not a removal of trust, but there is the potential to diminish some of the elements that created trust in the past,” Urwin says.

“And trust is an asset that declines over time, so it is not that trust withers away completely, but it is something that needs to be maintained. So for those reasons, I think people will have to adapt to those circumstances. And it is complicated because we don’t know what new normal we are going back to.”

The lack of face-to-face interaction is especially problematic for manager research and due diligence activities as many asset owners require an in-person meeting with a fund manager when signing off on a new mandate.

In the current circumstances this is often impossible. Yet, going into hibernation is not an option for many investors either and so they have had to find new ways of doing due diligence on managers.

“In some respects, due diligence and the development of trust have critically relied on face-to-face contact. That is where we’ve come from and, therefore, versions of due diligence being done at the moment have had to adapt and have had to substitute something less than people would have put up with in the past,” Urwin says.

“I think that is actually a big deal; people don’t really talk about it that much, but it is inevitable. So in that sense, that bit of governance is having to compensate for the lack of visual cues that we obviously can’t have when we are not in the room with people.

“We are going into an environment where there is the potential of a weakening of our past governance [practices]. So from that point of view, organisations are going to have to work harder on other dimensions, maybe where they can compensate.

“That could involve spending more time in discussion, virtual discussion, where you ask for more evidence and seek out more facts and use more alternative data.”

The Thinking Ahead Institute tackles the impact of the pandemic on governance issues in a new paper that looks into best practice and governance for investment committees (IC), titled Going From Good to Great.

The current crisis provides a good opportunity to review IC governance and ensure committee members have the right skills and knowledge to provide a meaningful contribution, Urwin says.

I feel a bit mean sometimes in calling out the importance of investment competencies, but the investment context has just gotten more complex and challenging

“So I think ICs, in some places, are getting left behind without having enough investment skills, investment knowledge or investment competencies, particularly when new dimensions, such as private markets, are added.

“From that point of view, ICs are struggling to do their jobs properly, because if you have an imbalance between an IC and the executive team that you are working with, then the conversation will always be unbalanced.”

Although the paper recognises the importance of cognitive diversity, ICs should have a majority of members who have deep investment expertise, he says. When that is in place, then you can think about adding members with a different core expertise, such as legal, academic or corporate finance skills.

“It is not often that you see [cognitive diversity] work, but when it does, it is incredibly powerful,” Urwin says.

Out of the Weeds

Besides the right expertise for a more complex and volatile world, IC members should spend less time on direct investment tasks and more on higher-level strategic thinking.

“If there is one thing that is really critical, then it is the strategic focus. That isn’t always present. Investment committees continue to do too much lost-in-the-weeds type of work, which often involves reviewing managers. They should be one notch higher up at the strategic level,” Urwin says.

“What I mean by ‘to be strategic’ is not to think more about investment strategy, such as strategic asset allocation, but to think about the fundamental amount of risk that is needed in the portfolio. What is your risk budget? That is an investment macro decision that is higher than thinking about which asset classes are going to work for us.

“But also to be talking about the very long term, to be thinking about intergenerational equity, about stakeholders in a broader light. Stakeholders are usually thought of as the participants in your collective investment vehicle, but it is actually bigger than that because the world is a big place that you are interacting with and so your stakeholders are society, the environment and your licence to operate.”

I think it has been harder for people to think strategically longer term about changes in the world. Those strategic things have been squashed by short-term worries

But the current pandemic has caused many people to shorten their horizon, rather than to extend it. Short-term issues, including liquidity, rebalancing and early access to super take up much headspace.

“People are worried and obviously that worry is on multiple fronts. It is not just about what our solvency looks like, but also what our 12-month return looks like and what is that manager’s performance doing.

“All of those have become a sea of worry. I think it has been harder for people to think strategically longer term about changes in the world. Those strategic things have been squashed by short-term worries.”

Although videoconferencing has its issues, Urwin believes it can be a tool in creating a more effective IC process and strengthening governance when used alongside face-to-face meetings.

“There are some merits in virtual meetings for certain parts of the agenda. It doesn’t work so well for creative elements, such as brainstorming sessions, but for conveying information it is perfectly fine,” he says.

This doesn’t simply mean doing more meetings, he says. The paper states that six regular meetings and two special meetings should be a good starting point for most ICs.

“Rather than simply doing more meetings, it is about becoming more efficient and spending less time travelling, which is a drain on people’s constitution,” Urwin says.