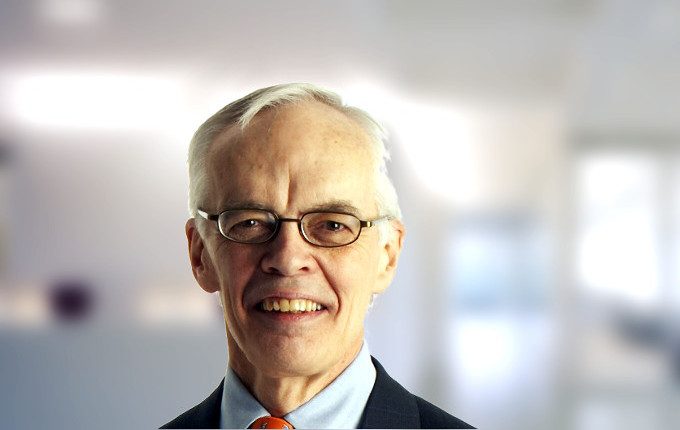 When Claude Lamoureux took the helm of the Ontario Teachers’ Pension Plan (OTPP) in 1990 it did not have an investment department and only held debt obligations of the province of Ontario that were unmarketable.

In his 17 years’ at the fund, he led the development of one of the most successful pension funds in the world, as judged by pension expert Keith Ambachtsheer, with a large in-house asset management team of 200 investment professionals.

Although there were various aspects what made the fund successful, Lamoureux is clear as to the role of the board in the fund’s fortunes.

“Having the right board made a tremendous amount of difference,” Lamoureux says in an exclusive interview with i3 Insights.

Although the board of OTPP is appointed by both the government and the relevant union, the Ontario Teachers’ Federation, Lamoureux pushed early for trustees with a solid investment background.

“You need some generalists, but overall you need deep experience in investments,” he says.

“I think a great part of our success was having the right board,” he said.

He is sceptical of the argument that trustees don’t have to be savvy about investing and should provide more of an oversight role.

“You need people on the board that take charge and approve your program. They are the ones that when things don’t go too well, they’ll have to explain it.

“And in investments, at one point, things always don’t go so well,” he says.

It would also make it much harder to justify investments that go against the market consensus.

“To me, too many people fire managers when they have a couple of bad years, even if [the manager] stuck to their guns,” he says.

“At the peak of the tech bubble, Charles Brandes [Founder of Brandes Investment Partners], another manager that we had at the time, wanted to add a deep value fund in the US.

“You know how much demand he had for that? Zero. Nobody wanted to invest in that and told him: ‘Charles, you are yesterday’s man’.

“He was managing a mandate for us and when he came in, he was complaining about this fund that he wanted to start mainly with US funds.

“Guess what? Bob (OTPP Chief Investment Officer Robert Bertram) and I had a quick discussion and said: ‘Okay, we are going to tell him that we want to be the seed money for that fund’. We were convinced this made sense.

“Would it make sense for the first year? Probably not. Two years? I don’t know. But we thought that over a four to five-year period, we would be okay and we did very well with that fund,” he says.

The Challenge of Insourcing

Lamoureux and Bertram decided early on that they wanted to manage 80 per cent of the fund’s assets in-house.

Partly this was a governance decision.

“I don’t know if you’ve heard of this book ‘Fortune and Folly: The Wealth and Power of Institutional Investing’, which was published by two anthropologists, William O’Barr and John Conley, in the 1990s, but it showed that a lot of pension funds didn’t want to take responsibility,” he says.

“How did they do that? They hired consultants and firmed things out and if it didn’t work out, it wasn’t their fault it was somebody else’s fault.

“So from day one I was going to make sure the board knew that we were going to take responsibility,” he says.

As part of this strategy, Lamoureux decided to introduce incentive payments, something that was not common at the time in the pension sector.

“When I started I made sure that everyone was going to have a low base and then received incentives for good performance.

“We had a short term incentive, which was one year and a long term incentive that was four years, because in Canada you couldn’t extent it to 5 or 6 years.

“But the idea of these long term incentives was also that it was a retention tool, because if somebody had two or three good years, there could be a lot of money on the table.

“It took a while to get it where I wanted it, but the union was never against it.

“I had lunch with the general secretary of the union at the time and she said: ‘You know Claude, we will criticise you, but I want you to do a good job’.

“On average there was about CAN$ 80,000 in the fund at the time and she said: ‘This is a lot of money for a teacher, so I want you to do a good job. Yes, you will be criticised, but don’t worry. Just keep doing what you think makes sense.’

Some critics of insourcing asset management functions argue that as soon as a portfolio manager has success, they will be snatched up by a commercial firm that can pay a much greater salary.

Lamoureux also made a point that investment staff received competitive remunerations, although never at the same level as Wall Street firms.

“You need to invest in people who understand what is going on and I always made sure that we had a pay that was competitive.

“Not necessarily compared with Wall Street, or in Canada it is Bay Street, but if you don’t pay your people you are going to have a lot of turnover. You are essentially training people for other organisations.

“Whereas, if you pay them well and they have success…, well in our case the people that had success we never had trouble in keeping them.

“We did lose some, but some people wanted to come back within three or six months, because in the commercial world the big job is getting the dollars, not investing it,” he says.

Although it was true that the investment staff was generally paid more than administrative staff, Lamoureux said that being transparent about the reasons for this difference helped addressing any misgivings.

“We had a few people transfer from ‘administering the plan’ to working as support in investment where the compensation was higher,” he says.

“If I was asked why the compensation was higher, and I was, then I tried to explain the why and made sure investment management gave a chance to all people,” he says.

Similarly, Lamoureux engaged the union to explain the rationale behind the remuneration system.

“With the union, we would invite the senior member of the teachers’ union and spent three to four hours explaining, especially on compensation, why we did what we did and why it made sense in the long term.”

“And It is not just the investment people that you’ve got to pay well, but it is also the technology people.

“Goldman Sachs invests US$1 billion in technology every year, that is who you are competing with,” he says.

Is The New Wave of VC Here to Stay? Blockchain No Panacea: ASX