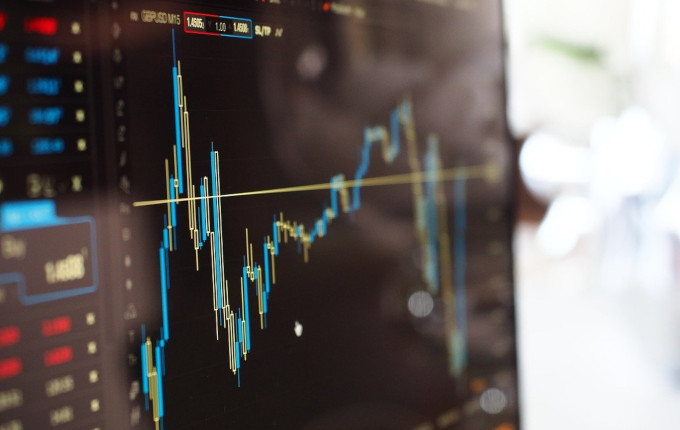 After the GFC, the funding costs of delta one instruments have been very volatile. BlackRock now thinks it has found the solution to gaining a better understanding of how these costs change over time.

Disclaimer: This article is for educational purposes only and does not constitute financial advice. It is intended for wholesale and institutional investors only.

When new regulations are introduced, they often have unintended consequences. Sometimes the impact of these new rules is small and sometimes it is rather large.

The introduction of the Dodd-Frank Wall Street Reform and Consumer Protection Act after the global financial crisis saw the end of banks using their own accounts for short-term proprietary trading of securities, derivatives and commodity futures, as well as options on any of these instruments.

As a result, the volumes traded in delta one instruments – derivatives that track indices as closely as possible – plummeted.

The, presumably, unintended consequence of this was that, as trading volumes dropped, the volatility of funding costs for delta one instruments increased significantly.

"Post-financial crisis, the regulations that were put in place introduced a lot more volatility into the funding costs [of delta one instruments]. Whereas in the past they always stayed within a tight range and they were fairly predictable, because there was so much more capital in the system.

“Post-financial crisis, the regulations that were put in place introduced a lot more volatility into the funding costs [of delta one instruments], roll costs in particular,” Kristy Akullian, a Director at BlackRock, says in an interview with [i3] Insights.

“So whereas in the past they always stayed within a tight range and they were fairly predictable, because there was so much more capital in the system to be able to facilitate swings in demand, what we see now is really that the futures cost can be incredibly volatile, and that can be volatile even on a day-to-day basis,” Akullian says.

The problem with this heightened volatility was that it introduced much noise in the pricing of funding and rollover costs of these derivatives and it obscured longer term trends. What made this situation even more challenging to deal with was the fact that most systems that provide data on these costs don’t show historical pricing information, only real time data.

“If you were to look at what the funding cost or the direction of the contract was today, it may be very different tomorrow when you went to trade,” Akullian says. “So taking a little bit of a longer term view can smooth out some of that noise that you may see.”

“The other thing that we tend to see with these instruments is some mean reversion and there is also some seasonality.

“And so taking one data point and annualising it could lead you pretty quickly into the wrong direction,” Akullian says.

If you were to put on a position today that you would expect to carry forward for one year, and then look at what today’s carry costs are, they are not going to be very reflective of what your costs may be when you go to roll in December

The majority of investors used Bloomberg for price information on delta one funding costs and this system can do many things, but historical pricing data wasn’t available.

“You can calculate funding costs and you can look at roll costs within different futures contracts, but what you can’t do is to see what that looks like yesterday, let alone last quarter or last year, to give you some sense of whether these things are trading richer than normal or cheaper,” she says.

BlackRock, therefore, decided to develop its own delta one platform that would allow its users to access historical funding cost data and see whether the planned trades made sense in the context of their broader portfolio and mandate restrictions.

“What we wanted to do is to give you a fuller picture of what that is, so adjusting for seasonality and looking whether where futures are trading is a very rich point, or whether they are overly cheap, just to see where we might go,” Akullian says.

The platform has been four years in the making, but went live towards the end of the year in the US, and BlackRock is now making it available to wholesale clients outside of the US, including Australia and New Zealand.

“Inherently, there is always a trade-off when choosing between different delta one vehicles, and I think when an investor can get in there and adjust the parameters within the tools themselves, that is really helpful in understanding what those trade-offs might look like,” Akullian says. “No two investors are the same and no two comparisons are the same.”

Pandemic and Delta One

The platform has been running during the volatile months of March and April this year and although Akullian says the way investor behaviour changed during this period will be the subject of much analysis in the coming years, some initial observations can be made.

“The way people use them and the way people think about them has changed a little bit,” she says. “One of the biggest changes that I can think of is that so many people reached for delta one products to trade in really high velocity markets in March.

“If you look at the proportion of overall trading that happened within index products, either an exchange traded fund (ETF) or futures, the proportion surged. In normal times, you could say that ETFs account for about 25 per cent of trading in the US market, but in March and April that went up to 35 per cent and sometimes as high as 40 per cent.

“I think that the instinct was to gravitate towards index products and really liquid vehicles, which made sense. When you are going through a liquidity crisis, you may need to allocate exposures or take risk in certain places,” she says.

What we have seen in the futures market was a huge amount of market participants who would normally be long futures used [futures] to hedge. The number of short positions in futures increased dramatically

And not only did many investors stock up on liquid index instruments, they also took on far more short positions than previously seen in an effort to hedge their positions.

“What we have seen in the futures market was a huge amount of market participants who would normally be long futures used them to hedge. The amount of interest in shorting ETFs and the number of short positions in futures increased dramatically and that has had an effect on the total carry cost and richness of futures as well.

“With such a demand to be short, it actually made it a little bit more advantageous to be long in futures or swaps over this time period. But then again, it has been an incredibly volatile market in March,” she says.

A World at the Crossroads Governance Under COVID-19