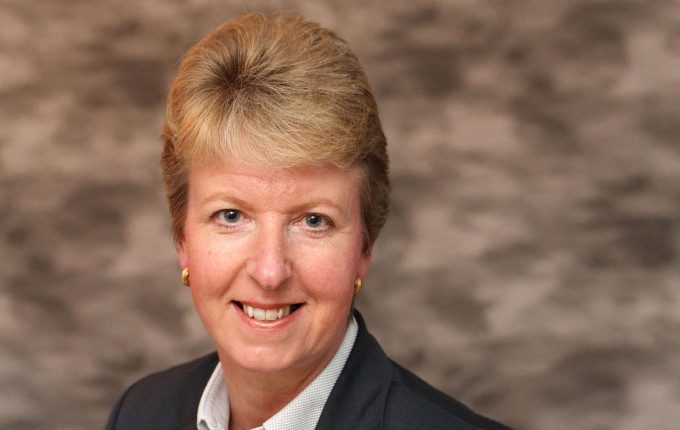 The outlook for many economies around the world continues to worsen as the prolonged cycle of easing and tightening lockdowns causes disruption and uncertainty.

In response, many fund managers have been raising capital for distressed debt opportunities in anticipation of a spike in defaults.

In June, data provider Preqin estimated there were 60 funds in the market, representing a combined US$72 billion in capital, targeting distressed opportunities. This is the highest total in the past five years.

But Bev Durston, Managing Director at alternative assets advisory firm Edgehaven, has some reservations about the scale of the opportunity set out there.

Yes, there will definitely be some interesting distressed transactions taking place, Durston says, but the question is whether too much specialist distressed money has been raised for the number of deals that will eventuate.

“We’ve had record public market borrowings in the US, where investment-grade and high-yield companies have been able to borrow at the lowest ever interest rates, which means they might never have to repay the principal for a long time,” she says.

This could see many companies that no longer have a valid business model or are led by inadequate management survive well beyond their expiry date.

“Zombie capitalism is a real problem, I think. If companies can continue to borrow at virtually nothing, then it does worry me that the distressed cycle might be very different from usual,” Durston says.

Zombie capitalism is a real problem, I think. If companies can continue to borrow at virtually nothing, then it does worry me that the distressed cycle might be very different from usual

“My worry is that companies don’t collapse where they should do and that the US$70-odd billion that is being raised in distressed [strategies] ends up with poor vintage outcomes because you’ve got lots of firms chasing the same few large deals.

A zombification of the economy is especially problematic in the long term because the longer this situation continues the worse it is for the long-term health and productivity of an economy.

“This could be the recession where people are more indebted, more highly leveraged coming out of it than they were going into it. That is a real worry,” Durston says.

“Normally, companies go under, there is a big clear out, a lot of new people come in and take over the assets, they have fresh ideas, change business models for the better and then you go on to the next cycle.

“But this could be a situation where actually you continue to have the same zombie companies, with the same management, coming out being more indebted. Therefore, we could end up like Japan with low rates forever more, because if you raise them you will kill the economy.”

One way to deal with this problem is to look for more versatile managers that can do both distressed and performing debt transactions, so they can react swiftly to changing conditions. For example, if a highly effective vaccine is found and distributed in the coming months, then the economic conditions could turn around relatively quickly.

This means you don’t want to get trapped in large funds that lock in your money for three to five years.

“Our clients were pre-funded in the distressed space and so in March seven funds were initiated, or pivoted, to take advantage of the dislocation market. These funds are going to run out of capital – likely midway through next year. By then there will probably be some sort of vaccine available. You don’t want to get caught in very large distressed funds that have a three years-plus horizon to invest, while the market is saying: ‘Okay, in the next six months we are heading back on track,’” Durston says.

“The trick is to hunt for managers with small fundraising sizes, who are not going to hunt for very large deals and who can pivot to invest in performing special situations and/or distressed.”

Although Durston doesn’t dismiss the potential opportunities in the distressed debt sector, she is more enthusiastic about niche strategies in private markets, including the energy sector and Asia.

“There are a number of opportunities now that we think make sense. One of them is in smaller renewable energy funds,” she says.

“We are looking at some small fundraising sizes in renewable energy, around $500 million to $1 billion in size, where they have access to opportunities across the globe and have more than one source of energy, so wind, solar, battery storage, waste energy and so on.

“That way they can be focused on the best deal rather than just solar or just wind, and they are not hostage to one particular technology. The small fundraising size means they are probably a bit more towards the growthier side of things, but it also means they are not going to take too much technology or construction risk.”

These investments obviously play into the energy transition away from fossil fuels and towards renewables, but she believes this transition will take longer than the market seems to be anticipating.

Edgehaven, therefore, also invests in incumbent energy companies that still own high-quality assets, but struggle to obtain finance in the current hostile environment towards fossil fuels.

“We are investing in an experienced, high-quality ESG (environmental, social and governance) manager in energy, who is investing in secured debt, lending against existing energy wells and gas operations. That has achieved some fabulous returns because everybody is running in the opposite direction to exit traditional energy,” Durston says.

We don’t think oil and gas is going away. It is still going to be a large part of our energy source over the next 30 years. But at the moment, you can get high teens, early twenties returns for effectively secured lending there

“We don’t think oil and gas is going away. It is still going to be a large part of our energy source over the next 30 years. But at the moment, you can get high teens, early twenties returns for effectively secured lending there.

“We think that is a really interesting space over the next couple of years and we have selected a manager who is a pure specialist in this field and has been in the industry for over 20 years.

“We are able to lend to the very best operators with great potential, lending to investment-grade companies with great ESG credentials and existing wells, in the best locations, where the investor has ownership if anything goes wrong.”

Finally, she is positive on Asian growth funds that are looking for dislocations in the market. Asia is much further ahead in the COVID-19 cycle, while many of its economies haven’t suffered as much as those in Europe or the US.

“Asia has desynchronised from Europe and the US and so growth investing there is diversifying from elsewhere in the portfolio,” Durston says.

“So we’ve topped up on growth funds in Asia, looking to help companies that are small to mid-sized and have identified businesses to take over or to grow the business as a result of a dislocation.”