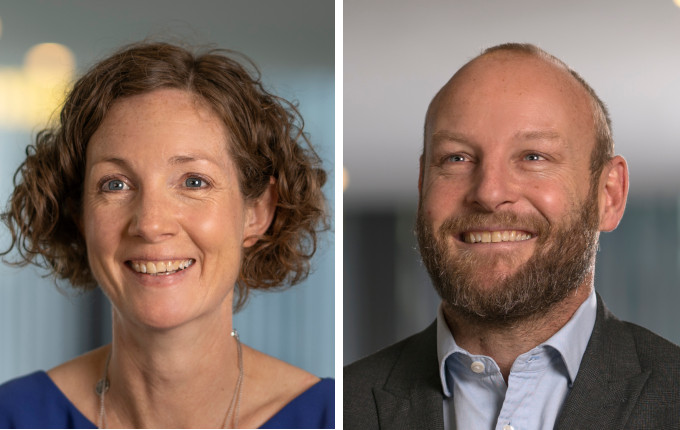 The transition to renewable energy has gained momentum in recent years as technologies have improved and public opinion has turned against coal. We speak with Aviva Investors to see how asset owners can capitalise on this trend.

Before Greta Thunberg, there was Severn Suzuki.

In 1992, at the age of 12, Suzuki travelled to the Earth Summit in Rio de Janeiro and delivered a speech in which she expressed her concern about climate change and pollution.

Suzuki had a simple, yet important, message:

“Losing your future is not like losing a few points on the stock market,” she said.

Suzuki, who became known as “The Girl Who Silenced the World for 5 Minutes”, was visibly frustrated by the lack of action on climate change.

“All this is happening before our eyes, yet we act as if we have all the time we want,” she said.

Now, 28 years later and five years after the signing of the Paris Agreement, the world has started to take note and institutional investors are committing to firm targets for the reduction of carbon emissions.

Under the 2015 Paris Agreement, signatories aim to limit the average global temperature rise to well below two degrees above pre-industrial levels and pursue efforts to limit this increase to 1.5 degrees.

It is now widely accepted that to achieve the goal of 1.5 degrees, global greenhouse gas emissions will need to have peaked by 2020 and subsequently need to be reduced to zero by around 2050.

In Australia, HESTA was the first super fund to commit to zero carbon emissions by 2050 when it unveiled its climate policy in June this year. Cbus followed in August and in mid-September Unisuper joined the group.

Another 13 funds are planning to reduce their portfolios’ emissions intensity, including Aware Super (formerly First State Super), which announced in July that it would divest from thermal coal miners and reduce emissions in its listed equities portfolio by at least 30 per cent by 2023.

It is a great step in the right direction. Yet, looking at the carbon emissions level in a portfolio often means you are looking only at the manufacturing processes of companies in the portfolio. It doesn’t look at how the end products are used and what impact these have on overall carbon emissions.

For some companies, the use of their products creates a level of carbon emissions that far outstrips the emissions generated in the manufacturing process, Rick Stathers, Climate Change Specialist at Aviva Investors, says in an interview with [i3] Insights. 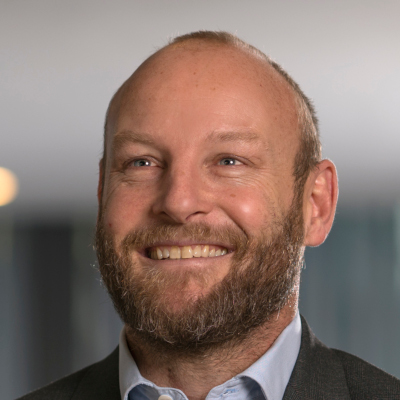 When you look at companies, a lot of the emissions actually derive from the value chain. If you look at the auto sector for example, 80 per cent of their emissions are caused by the use of their product, not by the manufacturing process – Rick Stathers, Aviva Investors

The reverse is true as well: some companies might have a relatively high carbon footprint, but manufacture products that ultimately will help bring overall emissions down.

“Even though products of some industrial companies, such as wind turbines or LED lighting, help to alleviate climate breakdown, it is missed in the carbon intensity because it doesn’t count avoided emissions,” Stathers says.

“Currently, the GRI Sustainability Reporting Standards – the protocol for measuring emissions – doesn’t capture avoided emissions, just the ones that are generated.”

Stathers, therefore, has built a global equity model that helps investors identify companies that not only contribute to overall lower emissions, but are also likely to assist in the energy transition away from fossil fuels and towards renewable energy and make money in the process.

“That means you phase out high-intensity fossil fuels and gradually gas by that period, so we have a fossil fuel exclusion [in our strategy].

“But we need to think about companies that would benefit from efforts to address issues such as changes in the agricultural yield, which could decline by as much as 30 per cent by 2050, sea-level rises and the impact on coastal communities. Those are the sort of issues which won’t be captured by an intensity approach.”

A broader adoption of net-zero emissions by 2050 will likely result in governments becoming more active in this area and we will start to see more policy responses come through over the next few years. This will undoubtedly impact the way businesses operate, Stathers says.

“This would imply you would have different impacts throughout a company’s value chain. For example, the cost of carbon would increase and so maybe demand for their products or operating costs will change,” he says.

“We have developed a tool, which we call the transition risk or T-risk tool. It basically goes down to the 159 sub-industries in the GICS classification system and identifies the exposure of a sub-industry to both decarbonisation and physical risk across its value chain.”

Stathers has developed a traffic light system that indicates high, medium and low risk weightings using data from the CDP (formerly known as the Carbon Disclosure Project) in combination with the T-risk tool. CDP rates companies in eight different categories, from A to D-, depending on their disclosure, awareness and management of environmental risks.

“We’ve created a rule to say that if you are in a high-risk sector from our T-risk approach for a sub-industry, you have to get above a B to be included in our investment universe. This will help us see how these companies are orienting their business models to be viable in a low-carbon, warmer world,” he says.

Because the team focuses squarely on climate change, the style bias in the portfolio can fluctuate over time, Rachel Harris, Senior Investment Director, Credit and Equities at Aviva Investors, adds.

“We are style agnostic. At times our portfolios may have a value, quality or momentum-type tilt, but the idea is that we always give ourselves the breadth of the universe to invest in rather than narrowing it,” Harris says. 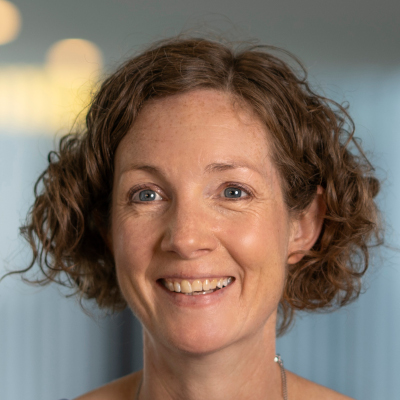 We are style agnostic. At times our portfolios may have a value, quality or momentum-type tilt, but the idea is that we always give ourselves the breadth of the universe to invest in rather than narrowing it – Rachel Harris, Aviva Investors

Since the portfolio focuses on climate change and the energy transition, it should not be thought of as simply an environmental, social and corporate governance (ESG) strategy. In fact, it has little correlation with ESG benchmarks.

“An ESG index is going to have a slight ethical tilt to it. This is climate transition, which is not simply about ethics, it’s about how you channel money to really make a change around climate change,” Harris says.

“There might be an ethical element to it when you actually think down to the individual investor and what their motivation for investing in this is, but we try not to have an ethical bias behind it.”

The team does take note of the UN Sustainable Development Goals (SDGs) and the portfolio has commonalities with the majority of the SDGs.

“We have touchpoints with 11 of the SDGs when you look at the goals and targets underneath, but at any one point in time it could be more exposed to or less exposed to these goals because our investment decisions would affect that exposure,” Stathers says.

Any model is only as good as the data you put into it; at times, different data points conflict with each other. Volkswagen is a good case in point. The company has committed to become carbon neutral by 2050 and is developing a fleet of electric cars.

Yet, it is only four years since Volkswagen was mired in scandal for manipulating its software to produce better emission results from its diesel engines in tests, an episode sometimes referred to as ‘dieselgate’.

Stathers acknowledges that sometimes the data is not straightforward. In the case of Volkswagen, the team delved into the particulars of the case and how they related back to the energy transition.

“[Volkswagen] is not a solution provider, but it has got fantastic targets to ramp up its electric vehicle capacity. This is why it’s in the portfolio from a T-risk perspective,” Stathers says.

“The dieselgate issue was focused on how it was falsifying data on its NOx emissions; unfortunately, NOx is one of those chemical acronyms that covers a lot of different gases.

“Some are greenhouse gases, some are air pollutants, depending on the numbers. Dieselgate was about air pollution and nitrous oxide; it wasn’t necessarily about the climate or greenhouse gasses.

“One of our auto analysts met with the company’s management. We recognised it has turned the corner and its climate strategy is one that we’re very supportive of. In time, that might generate significant enough revenues for VW to be in the solution sleeve.”

The team excludes fossil fuel and tobacco companies from its universe, but in general is more inclined to engagement than exclusion.

“We’ve had a very long track record in active ownership in the UK. We’ve helped table resolutions at BP, for example, which led to its net-zero announcement this year. We’ve supported that through our work with Climate Action 100,” Stathers says.

“When we look at where we are with relation to the science, there’s a lot more pressure on asset managers to demonstrate the outcomes of engagement, so we have the reporting to demonstrate success and failure.

“Our Head of Equities announced recently our 1.5-degree engagement program, which all the portfolio managers and analysts, when they’re meeting with company CFOs and CEOs, will use to push those companies to set 1.5-degree targets or demonstrate how they’re aligning with that.

“We have training programs internally and are building that skillset with our colleagues. With this initiative, our approach has shifted from being driven by the responsible investment team meeting with the chairman to one where the fund managers file the request.”

Besides direct engagement with companies, Stathers believes investors need to push for changes in the broader financial system to effect change. One avenue the team uses to achieve this is through Aviva Investors’ involvement in the Task Force on Climate and Financial Disclosures (TCFD).

“We believe that engagement doesn’t just occur between investor and investee. It’s also about changing the marketplace to make it receptive to better governance practices,” Stathers says.

“Steve Waygood, our Chief Responsible Investment Officer, was on the taskforce that created our TCFD disclosure requirements and they’re now looking at making it mandatory.

“I think this could be a real game changer in that the scenario analysis that companies are asked to produce under TCFD reporting starts to look at what happens under a 1.5-degree scenario or under a four-degree scenario. What does that look like for our business or the broader economy?

“That qualitative assessment can really inform investor opinions on companies. We will also need to see more evidence of how you escalate your engagement process. It’s not just about filing resolutions, but also about making a call on when is the right time to divest.”

This article is paid for by Aviva Investors As such, the sponsor may suggest topics for consideration, but the Investment Innovation Institute [i3] will have final control over the content.

ESG Outside of Equities Distressed Cycle Could Be Different