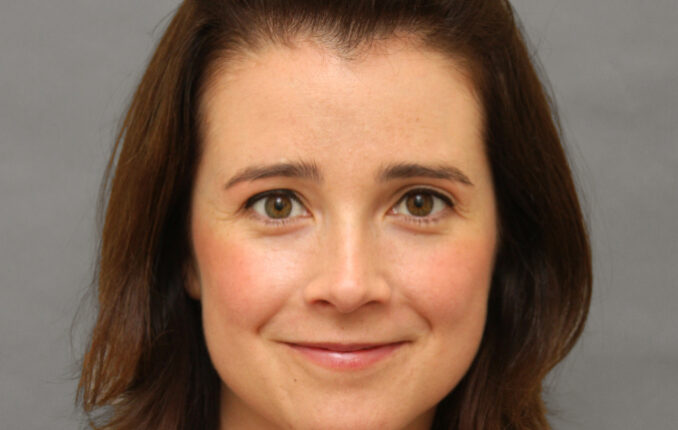 Every crisis harbours opportunities for those willing to look deeper at the underlying drivers. We talk to Anne-Christine Farstad of MFS Investment Management about some of the most interesting contrarian trades during this pandemic.

Always on the lookout for unloved trades, they home in on stocks that are perceived as hopeless cases and determine whether the circumstances are really dire or the market is overstating the problems.

Take energy stocks. With the world in the midst of an energy transition away from fossil fuels to renewable energy, should investors controversially invest in oil or coal companies, effectively taking the other side of the bet that it is game over for these companies?

Anne-Christine Farstad, Portfolio Manager for MFS Investment Management and a self-declared contrarian value manager, has been asked this question frequently, but she is not convinced that there is any value in such a trade.

“Energy is obviously an area that we’ve been asked about a lot because when we launched our strategy in 2016 there were really only two cheap areas in the market: banks and energy,” she says.

We just couldn’t see a big supply side story with energy. So I’m going to say that in the four and a half years that we’ve been running this strategy, we have not seen the right balance of risk/reward in the energy space

“We had 25 per cent of the portfolio in financials, with the majority in US G-SIB (global systemically important banks) banks but very little in energy. We were asked about this, and I said then — and I think this is still true now — that it was about the supply side capacity.

“There hadn’t been a big supply side reduction. Even with COVID-19 we expected to see a supply shutdown, but things recovered more quickly than we anticipated. And so, with energy, given all of the complexity, we felt that we could find better risk/reward elsewhere, where there wasn’t this risk of disintermediation and stranded assets.

“We just couldn’t see a big supply side story with energy. So I’m going to say that in the four and a half years that we’ve been running this strategy, we have not seen the right balance of risk/reward in the energy space.

“It is also true that if we look at some of the US shale names, their balance sheets are extremely challenging. If you look at the European names, they are all undergoing huge transitions to become net zero [emissions] companies. And although that may be great for the planet, I’ve yet to be convinced that it is going to be great for shareholders necessarily.

“It is a very interesting, but complicated, space, and as a capital cycle investor, I haven’t yet been swayed by the asymmetry of the risk/reward there,” Farstad adds.

As the pandemic spread across the world and markets tumbled in March of this year, Farstad did have her eye on another contrarian and certainly controversial trade: airlines. It became clear that business travel, the bread and butter of the aviation industry, had fallen off a cliff and that it wasn’t going to recover any time soon. As a result, airline stocks plummeted.

For some airlines, the steep decline in stock prices was warranted, but Farstad takes the view that this crisis might increase the competitive strength of those players with robust balance sheets.

“It is a classic deep value, contrarian investment”, she says. “When COVID-19 emerged, it became obvious very quickly that travel was going to be hit very hard. So we did a lot of work on survival scenarios for airlines.

“How much cash would they be burning per month under a scenario where the fleet was grounded? How long could these companies survive, and what did we think the very long term would look like? We looked at whether there were any opportunities in these stocks because they were treated as game over.

“We invested in IAG, which owns British Airways, and Ryanair, which is arguably the best European low-cost, short-haul provider, so we’ve got both long haul and short haul. Both IAG and Ryanair suffered greatly from the demand shock due to the pandemic, but it has accelerated an existing capital cycle.

Ryanair and IAG are now competing with people who are either bust, going to exit the industry in the next five years or flying with their hands tied behind their backs due to the very punitive state aid that they had to take

“What I mean by that is that a number of airlines that were already in a weak position found themselves weakened further. For example, Virgin Air found itself in deep financial distress as 20 per cent of their business was transatlantic flights, and they had to pull back from those slots.

“That is good for BA, as they see a big capacity shift in the transatlantic market. Another travel provider, Thomas Cook, had already gone under, and we saw some of the smaller companies in the United Kingdom also go out of business.

“Then the big players, such as Air France and Lufthansa, which are supposed to be the strongest, found themselves in a position of having to take state aid.

“And that state aid came with punitive terms regarding how they treat their unions and their cost base. So Ryanair and IAG are now competing with people who are either bust, going to exit the industry in the next five years or flying with their hands tied behind their backs due to the very punitive state aid that they had to take,” she says.

As more airlines fold, capacity becomes available, and this is good for the survivors, Farstad observes.

“This is why I like capital cycle investing. If you have 20 per cent of transatlantic traffic becoming available, as Virgin is having to pull out of those slots, of course there is going to be less business travel, and that is bad for the whole industry. But you can make some fairly bearish predictions around the future of business travel when you’ve got that level of capacity coming out.

“And so, I’m prepared to take the other side,” she says.

Another leg of Farstad’s approach is deep value. Much has been said about the performance of the value style in the past 10 years, but she says it is all about placing valuations in the context of broader market sentiment.

“Because the backdrop of the market is so dynamic and has been so factor driven, one of the things I’m mindful of is trying not to think of value in a static sense,” she says.

“What I often see a value managers do is use quantitative screens that only allow them to look at, let’s say, the 200 cheapest companies in the world.

“So what we try to do is to set that [valuation] in a broader market regime context. Maybe steel does look cheap at 10 times [price to earnings ratio], but are they high-quality businesses that on a normalised basis also look very cheap?”

Periods of macro distress can often provide the best bottom-up value opportunities, and we are trying to lead from the valuation and invest probabilistically based on the fundamentals

Sticking to valuations and the chances of low valuations recovering to their historical averages gave Farstad the confidence to invest in value stocks during the first quarter of this year.

“As you can imagine, in March we saw huge opportunities in attractively valued consumer-facing businesses that COVID had shut down: areas of retail, travel, many of these companies with strong balance sheets and where competitors had been weakened.

“Periods of macro distress can often provide the best bottom-up value opportunities, and we are trying to lead from the valuation and invest probabilistically based on the fundamentals,” she says.

“Having the global research platform is a huge asset. Being able to collaborate with analysts situated across the world and seek out their expertise gives us the confidence to invest against the crowd.

“Contrarian value investing requires being comfortable going against the crowd to exploit the divergence between price and value. Deep, fundamental research combined with a long-term mindset supports this,” she concludes.

Anne-Christine Farstad’ s comments, opinions and analysis are for general informational purposes only and should not be considered investment advice or a recommendation to invest in any security or to adopt any investment strategy. Comments, opinions and analysis are rendered as of the date given and may change without notice due to market conditions and other factors. This material is not intended as a complete analysis of every material fact regarding any market, industry, investment or strategy. For institutional use only.

This article is paid for by MFS International Australia. As such, the sponsor may suggest topics for consideration, but the Investment Innovation Institute [i3] will have final control over the content.