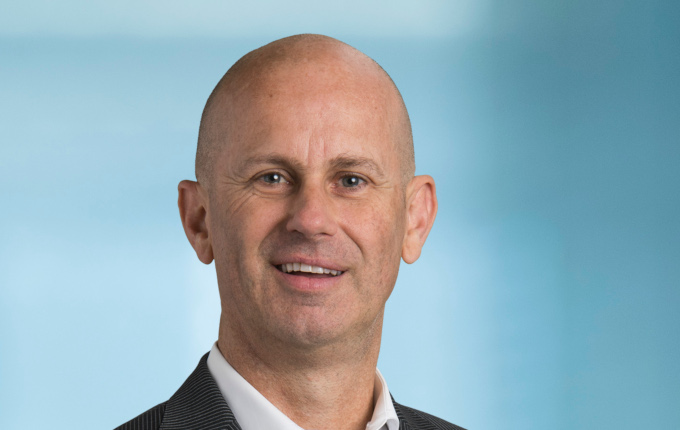 Vision Super CIO Mike Wyrsch would like asset owners to take the lead on climate change and this means engagement needs to be about more than just conversations.

Australian asset owners need to step up their engagement efforts with companies on environmental, social and corporate governance (ESG) issues and back their views with shareholder resolutions to effect change, according to Mike Wyrsch, Chief Investment Officer of Vision Super.

In November last year, Vision Super co-filed a resolution against mining behemoth BHP in which it argued the company should cancel its memberships with associations where their major function is to undertake lobbying, advertising or advocacy relating to climate and energy policy, and their record of advocacy since January 2018 has been inconsistent with the Paris Agreement goals.

“We vote on what’s put in front of us, but I’d like to see funds be a little more active, where it makes sense. I don’t think zero [resolutions] makes sense.”

Wyrsch would like to see more funds support or file resolutions like these and make their voice as universal owners heard.

“How many super funds have ever taken the lead on filing a resolution? Zero,” Wyrsch says in an interview with [i3] Insights.

“Yes, LUCRF has co-filed resolutions against Woolworths (2018) and Coles (2019), and NSW Local Government Super co-filed a resolution at Rio Tinto, but no super fund has ever brought a resolution forward itself, to my knowledge.

“Is that responsible ownership? Are these companies so good that there is nothing that we can contribute? We vote on what’s put in front of us, but I’d like to see funds be a little more active, where it makes sense. I don’t think zero makes sense.”

Vision Super backed the resolution against BHP because it is concerned about the immense power trade organisations, such as the Minerals Council of Australia, have in Australia, which has caused the country to never develop a climate change policy.

BHP is not the only company to back the Minerals Council with funds, but it is one of the largest.

“They [BHP] have been a big funder of organisations lobbying against effective action. So everything they’re doing as a company [on the ESG front] has been well and truly offset by where they put their money.

“And their contributions to emissions have been cited as being in the top 20 worldwide, so it’s large. They don’t have the worst attitude, but by being members of these councils they have a huge impact.”

The resolution against BHP was lodged by the Australasian Centre for Corporate Responsibility, an activist shareholder group, and was co-filed by a group of institutional investors, including Vision Super and Grok Ventures, the private investment company owned by Atlassian co-founder Mike Cannon-Brookes and his wife.

The Australian Council of Superannuation Investors also supported the resolution in its advice to members.

When the resolution was brought to vote at the annual general meeting of BHP on 7 November last year, it didn’t receive the majority of votes. About 30 per cent of shareholders voted for BHP to leave the trade organisations.

But Wyrsch says it forced the company to take notice.

“We did move BHP. We did enough to worry them and that’s more than has been achieved with thousands of hours of talking. You need more than just talk,” he says.

I personally don’t believe that divestment advances the cause. I’m not sure if the cost of capital is going up or whether it is going up enough to make a difference

His call for action should not be mistaken as a vote against engagement or a cry for large-scale divestments. He simply wants to see asset owners take the lead in conversations on climate change.

“I’m not a critic of engagement per se, but I do think that talking without consequences is not good enough. I think funds have been a bit guilty of that; we need to be tougher,” he says.

“Once again, we have to act quickly, we are running out of time. And companies are moving, but they are moving too slowly. The government needs to get on board. We need to get bipartisan support for this.

Wyrsch is passionate about the need for emission reduction as the science states time is running out to stop a runaway climate crisis. And if that happens, it won’t be just an ecological disaster, economies will suffer too.

“The big point I’m making here is that we are not making good progress. You can make all these policies about companies being transparent about what their carbon emissions are, but it is irrelevant,” Wyrsch says.

“The only thing that is relevant is: what is the concentration of CO2 in the atmosphere and how quickly are we adding to it? You have to get it down.

“There has been a lot of focus on reporting, but the endgame is that you have to get your emissions down. In my view, you have to get it down to zero and start taking some carbon out of the atmosphere, because what we already put in there is going to hurt the planet for some time to come.”

But organisations, such as the Minerals Council of Australia, have had a big role in delaying any action on the climate front. Through significant lobbying, trade associations have been able to keep Australia well behind the curve on climate change.

“I think what you will find in Australia is that we are very fossil fuel friendly. The Federal Government is now talking about spending $3.5 million on a pilot study on a new coal-fired power station in Queensland. Does that make any sense whatsoever? From a scientific perspective it makes none,” Wyrsch says.

“Why is it happening? It’s happening because we have a big fossil fuel industry that is protecting its interests; it doesn’t want to see change.

“There is a legitimate role for trade associations. They have a legitimate right to talk to the government about how legislation might impact their members and how it may have unintended consequences.

“But in our view, the system here is out of balance. The fact that we haven’t had an energy policy for well over a decade is a sign that these groups have too much influence.

In Australia, there’s no road map, there are no milestones. Different people are doing different things. And it’s bad for business because we will transition eventually and if we don’t, we won’t be trading with anyone else. We will go downhill very quickly

“But in Australia, there’s no road map, there are no milestones. Different people are doing different things. And it’s bad for business because we will transition eventually and if we don’t, we won’t be trading with anyone else. We will go downhill very quickly.

“We are already starting to see this in Europe and the US will get on board at some stage. They are as bad as us, but they are a hugely diversified economy. They don’t have the same issue; they’ll manage.

“We are at a great risk in this country and it is ridiculous because we have such a huge resource in renewable energy, both in wind and in solar. Right now, you can’t build an offshore wind farm in Australia, because there is no framework for it. We are in a desperate situation and, of course, our fossil fuel assets will be stranded.

“You will hear a lot of politicians talk about whether climate change is real: blah, blah, blah. It is just rubbish. They don’t have a view on general relativity or quantum mechanics, do they? But apparently, this one they are experts in.

“When companies ask to make political donations, we vote against it. We would like to see the influence of these trade groups wound back too. They have too much power.”

Vision Super does not have plans for filing any resolutions in the near future as the fund is conscious of the costs associated with a large ESG team and the need to continue to focus on keeping running costs down while continuing to deliver strong risk-adjusted returns to members.

But Wyrsch is open to co-file on future resolutions if they make sense, he says.

“The larger funds should be doing a larger share of the work. But if we think we can get reasonable change, then we’re open to it,” he says.