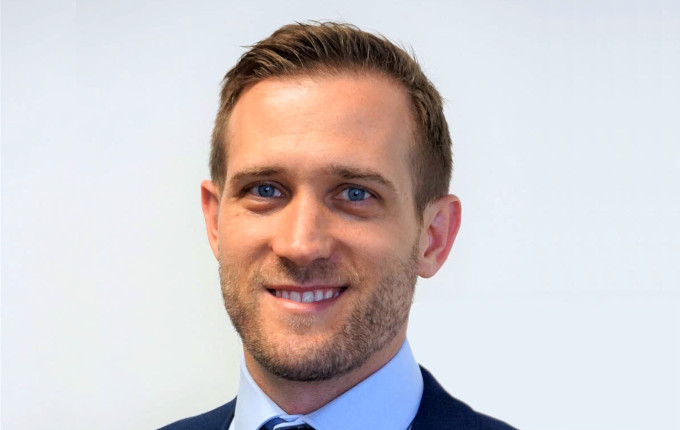 Chickens and almonds are perhaps not the first things that come to mind when thinking about investments. But these agricultural investments have proven to be quite a find for First State Super.

“It turned out to be a solid investment that provides us with very attractive returns,” Damien Webb, First State Super’s Head of Income and Real Assets, says.

A year after acquiring ProTen for around $370 million, including transaction costs, First State invested a further $72 million in October 2019 to acquire 17 more poultry assets from the Rural Funds Group.

So how did ROC Partners, a US-based firm with a long presence in Australia, come to bring such an investment opportunity to First State Super in the first instance?

“We have done a lot of work with ROC on the equity side,” explains Webb. “We have come to be known as a group that is prepared to invest in larger agri-infrastructure businesses.”

The ProTen investment business falls under First State’s infrastructure and real asset umbrella, where it counts ownership of such assets as land registries, hospitals and a convention centre as part of its portfolio.

Since acquiring its first agri asset in 2015, First State Super has built up an investment portfolio valued at around $1 billion in the agriculture sector.

Our preference is not to take on direct commodity price risk or direct operational risk per se. We look for financial returns from a quality counterparty with strong credit under a ‘take-and-pay', or 'sale-and-leaseback’ arrangement

“Our preference is not to take on direct commodity price risk or direct operational risk per se,” Webb told [i3] Insights. “We look for financial returns from a quality counterparty with strong credit under a ‘take-and-pay’, or ‘sale-and-leaseback’ arrangement.”

Brent Snow, First State’s associate portfolio manager responsible for infrastructure and real asset, says: “It is a bit of an infrastructure play for us. ProTen owns about 420 sheds around the country. Most of the revenue derived for the business is based on fixed price, long-term contracts, which is why we see strong infrastructure-like characteristics from the investment.”

Webb says First State Super formed a view very early on that it wanted to invest in Australian agri companies. But he admits it is a challenging asset class for super funds, predominantly because assets are generally held in closed-end funds.

“Given the volatility of the sector – there are droughts and all sorts of long-term, cyclical and environmental issues which can impact – we chose not to go into the closed-end funds.”

Regardless, the sector has its appeal, or, as Webb says, it occupies ‘an interesting space’.

“Australian farmers and irrigators are world-class operators. We see in them an opportunity to make good returns and, if done appropriately, be a diversifier for exposure of the broader fund.”

First State began mapping a strategy to branch into agriculture investing in 2015.

“We did not necessarily want to jump straight into the operating risk of owning farms,” Webb says. “Farms are a very hard thing to run. So we decided on a staged approach.”

The fundamental criteria was to identify ways of getting recurring income through sales-and-leaseback arrangements. The contractual returns from such agreements are more akin to outright financial returns rather than returns from grains, crops or beef.

By 2016, First State was ready to deploy funds.

This diversification comes from the differences in climatic conditions across the Murray-Darling region, and also from the variety of uses the water is put to – as with almonds or cotton.

“We also feel that by investing in the water market we may become a force for good,” he says. “Irrigators and farmers typically only have banks as their primary source of funding.

“We saw a role for a big Australian super fund to support farmers by potentially working with them to free up capital locked into water rights.

“They can then redeploy that capital into either cropping or putting in infrastructure to increase the value of their farms, while also entering into a lease with First State to continue to have access to their water allocations.”

It moved promptly to build up a portfolio in water assets between 2016 and 2018. Acquisition slowed from 2019, partly because demand combined with drought had pushed valuations to a level where the assets became too expensive.

“More than 80 per cent of that portfolio is leased, and it provides income from, and exposure to, the broader capital growth of the (agri) market,” he says. We are mostly in the southern basin, which is the most liquid part of the (water) market.

“We are happy with the exposure of our portfolio right now. (But) we will continue to look for good opportunities.”

Snow adds that the fund is looking beyond the Murray Basin to Southern Queensland, Western Australia and Tasmania, where “interesting parcels” of water rights do come to the market.

By investing in water, the fund is not taking a view on the performance – and hence the vagaries – of the agri market in choosing to plant certain commodities, he says.

However, as it so happens, First State Super’s water investments are located in regions which grow high-value crops such as almonds, a product that is seeing strong demand in both the domestic and global markets.

After investing in water, First State Super bought into a number of almond orchards in development with listed almond grower, Select Harvests, as operator initially investing $150 million. Snow says half of that was deployed immediately, while the balance went into capital expenditure to develop more almond orchards.

“Some 2600 hectares are now planted. Our overall landholding is about 4000 hectares,” says Snow. First State Super has since gone on to acquire two more small acreages for $50 million.

The way we originally modeled the water and almond investments was based on returns of 9-11 per cent. Thus far, we are getting returns better than that

Like other infrastructure investments, the almond plantations, worth around $200 million, are leased to growers on a long-term basis, generating regular income streams. The icing on the cake is capital appreciation of the land value.

Webb adds that the fund is not directly exposed to the price of almonds – its exposure is limited to financing the growing of the crop until harvest. But, of course, if demand for almonds continues, this benefits both the growers and the value of the land on which the trees are planted.

On returns from agriculture, Webb declines to go into specifics, but he is prepared to say: “The way we originally modeled the water and almond investments was based on returns of 9-11 per cent. Thus far, we are getting returns better than that.”

Typically, First State Super’s return criteria for agri investments is inflation plus 600 basis points, net of all fees and charges.

Competition for assets is tough, Webb says, with few institutional-scale avocado or tree nut plantations coming to market. When they do, they command a high price that, so far, cashed-up Canadian pension funds have been among those investors prepared to pay.

He says First State Super takes a different approach to offshore funds, which have a deliberate strategy to invest in food production. “For us, it is about looking for a higher return – and that makes our approach more opportunistic.”

Snow elaborates: “Our strategy is to be nimble and patient. We take time to build up a portfolio.

“The (agri) sector is often fragmented, and this is especially true with chicken farming. When we acquired ProTen, it was the biggest producer – and even then it had only 11 – of market share in Australia,” he says.