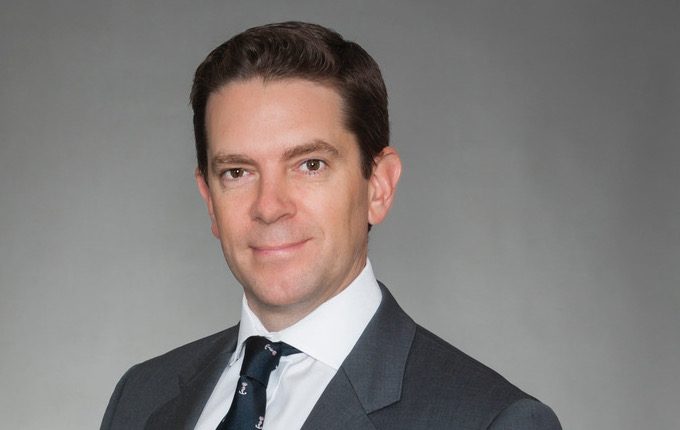 For Damien Webb and his team at First State Super, owning real estate is not just about buying and getting set. Rather, it is about constantly reviewing the portfolio and recycling capital.

Over the past four years, First State has sold $1 billion of older office stock and retail.

“We have been actively rotating the portfolio, relocating to newer opportunities in office and to development opportunities in industrial retirement villages and multi-family or build-to-rent,” says Webb, who is the fund’s Head of Income and Real Assets.

This has made the fund’s $5 billion real estate portfolio more diversified, and well-positioned to withstand an economic downturn, he says.

Internal stress tests of the fund’s investment commitments, including testing of the property portfolio itself, have shown that First State’s investments can withstand a market correction.

But while strong stable returns are central to its investment strategy, increasingly the fund is seeking to balance returns with responsible investing. After all, First State looks after the retirement savings of those in sectors including nurses, teachers, policemen, emergency services and firemen.

“We manage retirement savings for the carers of our community,” says Webb. “Our purpose is to provide risk-adjusted returns for our members on their retirement.

“We also believe very firmly that we are here to make Australia as a society a better place in which to work, live and retire.”

It is hardly surprising, then, that First State has identified affordable housing as a key issue for those living on modest wages.

Webb says the fund has embarked on an affordable housing program, and, if assets can be purchased or developed, could outlay up to $200 million for a portfolio.

Ideally, we are trying to buy or develop affordable housing in suburbs with a large number of public hospitals, schools or police stations. But we must also match up pricing (of the units) with a good rate of return

This allocation, depending on where it is, could yield between 200 and 400 rental apartments.

“We think that would be a good starting point,” Webb says. “Ideally, we are trying to buy or develop affordable housing in suburbs with a large number of public hospitals, schools or police stations. But we must also match up pricing (of the units) with a good rate of return.

“The major issue right now is that key workers must travel long distances to fulfill their critical role in society as carers.”

Affordable housing is a more recent strategy for the fund, says Webb.

“The way to make the economics work in the present climate is to buy cheaply. That is the key,” he says.

Webb sees a window in the current housing market slowdown, believing an opportunity has emerged to buy unsold units from developers who want to clear stock.

“With prices coming off, particularly with some developers, there is an opportunity for us to purchase units that were selling off the plan, do our building inspections and offer the units to key workers at a discount,” he says.

“We are offering to key workers – those working locally – apartments at 80 per cent of the going market rent for the area.

The fund has closed its first deal, purchasing 61 residential apartments in Epping in Sydney’s Northwest for more than $35 million – representing a 32 per cent discount to the value of the apartments on the developer’s book.

Webb’s task is, however, about to become more difficult with an apparent change in housing sentiment post-election. He says interest rate cuts, removal of the risk to negative gearing, and changes to APRA rules on income-testing for mortgages are all very positive developments for the housing market.

But he remains convinced that there remains ‘a very large oversupply of built units which will take time to clear’.

Developing its own affordable housing is an option, he says. But just as built-to-rent, which is aimed at the open market, the economics currently do not stack up.

“We would love to engage the federal or state government and come up with a more structured way that could allow some form of concessions to make the economics more attractive,” he says.

“We are firm believers in built-to-rent. We have made a significant commitment in this space through our US$1-billion joint venture with Lendlease in the United States. “The initial seed assets there are performing well.”

Another branch of First State’s residential investment is aimed at retirement villages where, again, the key is affordability.

“Ideally, we want to create products which will sell at about 20 per cent or so below mean house prices, so that residents can still have money left to support their future after buying a unit at our villages,” Webb says.

Over the past two years, First State has invested more than $250 million in retirement villages with its partner, Oaktree.

Its focus is on regional growth centres like the Hunter Valley/Newcastle region of NSW, and regional cities such as Dubbo and Tamworth in NSW and Toowoomba and Maroochydore in Queensland.

Our property strategy is to contribute an appropriate risk and return to our key growth options. We seek a margin of 5 per cent over inflation before fees and charges, over a five or seven-year period

“Affordable housing for Australian seniors is critical,” says Webb. There is an under-supply of quality housing for retirement villages in Australia. With ageing demographics come good opportunities in this sector.

“If we can get to a target of 5,000 units over the coming five-plus years, then that would be getting us to around $500 million-plus in value.

“Our property strategy is to contribute an appropriate risk and return to our key growth options. We seek a margin of 5 per cent over inflation before fees and charges, over a five or seven-year period,” he says.

First State has done a deep dive into all of its real asset portfolios to identify ‘what we think will be successful in future’.

In commercial real estate, First State is upgrading its portfolio to comprise ‘new, robust’ office towers, such as Barangaroo and Darling Square in Sydney and 2 Melbourne Quarter in the new Melbourne Quarter precinct.

“We also have a strong view that logistics is going to be a very important asset class with the disintermediation of retail by online shopping,” Webb says. First State is invested in logistics through Goodman Group and Altis.

“While we believe that some fears may be potentially overdone, bricks-and-mortar retail is facing challenges,” he says. “Retail is often seen as a stabiliser through the diversity of tenants in a portfolio.”

“When we look at the data for multifamily in the US, we see stable return streams,” he says.

Five years out, Webb expects the fund’s exposure to office, currently at 39 per cent of assets under management, to slim down a little, and industrial to rise from its present 21 per cent.

Retail, currently at 22 per cent, will likely continue to shrink, he says.

First State has sold down ‘$300- 400 million’ in the recent past, but still owns around $600 million in retail assets. It is continuing to evaluate its options.

Investment in multifamily (now 7 per cent), airports (5 per cent) and retirement (4 per cent) will make up a bigger share of First State assets under management, Webb believes.

The property allocation will hover at around 6 per cent in First State’s key growth option fund. “We are not over-exposed to the property sector,” he says.

In Defence of Life-cycle Strategies Does Your ESG Policy Breach Fiduciary Duty?