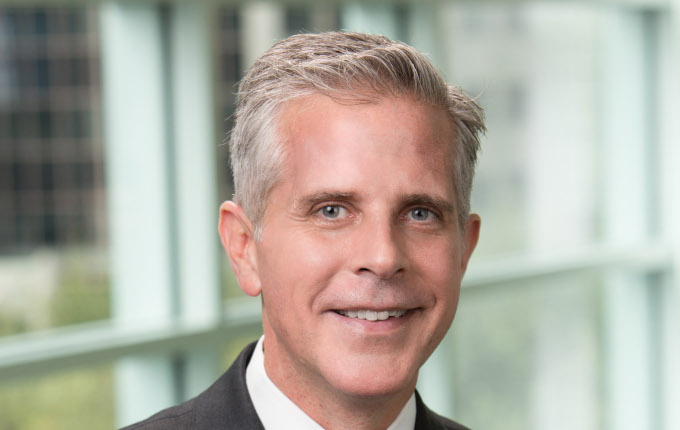 As bond markets froze up in March of this year, when the scale of the pandemic became clear, fixed income ETFs remained liquid and experienced record trading volumes. We speak to BlackRock’s Steve Laipply to see how these ETFs held up under their first real life stress test.

As investors watched in horror how bond markets across the world froze up in March this year, as the full extent of the COVID-19 pandemic became clear and market volatility spiked, fixed income exchange traded funds (ETFs) remained liquid.

Fixed income ETFs saw record trading volumes during the 2020 March quarter, with US$1.3 trillion in ETFs changing hands, compared to the US$2.6 trillion that was traded during the whole of 2019.

“In the first quarter, 50 per cent of the entirety of last year [was traded],” Steve Laipply, US Head of iShares Fixed Income ETFs for BlackRock says in an interview with [i3] Insights.

“While at the peak of the volatility, we saw fixed income ETFs in the US trade at roughly US$25 – 35 billion a day, compared to approximately US$12 billion a day in 2019. So we saw trading volumes double and triple compared to what we saw during 2019,” he says.

Yet, despite this surge in demand, the ETF market didn’t freeze up.

“We have a strong conviction that fixed income ETFs passed a very important stress test over the last couple of months,” Laipply says. “We’ve seen substantial volatility in the fixed income markets as a result of the COVID-19 induced crisis and it touched all parts of the bond market.

“It caused dislocations in credit all the way to inflation-protected securities and treasuries, so no part of the bond market was spared this volatility. We saw liquidity become quite challenged in this environment across all sectors,” he says.

But if the underlying bond market has frozen up, the question arises how fixed income ETFs can deliver an accurate representation of prices, since no physical bonds were traded?

Laipply says that the high trade volumes seen during March meant that price discovery in fixed income instruments essentially shifted from the over-the-counter (OTC) market to the exchange.

“We saw some investment grade ETFs trade nearly 150,000 times in a single day,” he says. “But if you looked at their Top 5 OTC holdings, they traded less than two dozen times each on the same day.

“So we tend to have much higher conviction in something that trades tens of thousands of times, than something that is trading less than two dozen times in a day. And what we tend to find is that the fixed income ETFs, because of such robust trading volumes, are actually providing a real time window into the underlying market. They tend to be really good, real-time leading indicators of the prices that are ultimately evolved,” he says.

And it is not the first time that ETFs have taken on the task of price discovery, Laipply says. During bank holidays, OTC markets close, but exchanges still trade and fixed income ETFs tend to trade at prices that, on average, turn out to be close to the real thing.

“You would think: ‘Well, how does the ETF then actually trade?’, but it does,” he says. “And when the OTC bond market reopens the following day, you find that the fixed income ETFs traded very much in context,” he says.

The first fixed income ETFs were launched in 2002 and the sector has grown rapidly in recent years. Some of the first adopters were insurance companies, whose liabilities naturally attract them to the bond markets, but who often struggle to put the constant flow of cash generated by insurance premiums to work quickly.

“Insurance companies invest heavily in fixed income and so it is only natural that they want to expand their toolkit in this asset class,” Laipply says. “They were some of the earlier adopters of fixed income ETFs, mainly because of this idea that you’ve constantly have cash coming in and the desire to deploy that cash quickly led to the use of fixed income ETFs.

“Previously, an insurance company that had excess cash had to wait for new bond issuance to come to market and try to get an allocation in a competitive situation. Now, they can deploy that cash into an ETF while they wait for new issues to come. At that point, they can liquidate the ETF position. In the meantime, they can still maintain the beta and earn carry on it,” Laipply says.

But as the market matures, institutional investors have found increasingly more sophisticated uses for fixed income ETFs and one application on the rise is as part of relative value trades.

Relative value strategies can be used to hedge a credit portfolio, but also as a return-seeking strategy where investors take advantage of market dislocation by simultaneously buying and selling related financial securities.

Fixed income investors have a number of instruments at their disposal, including credit default swap indices (CDX), which are very liquid, but often deviate from the underlying market. They can also use futures for most government bond markets, but they are not yet viable in credit markets.

And there are total return swaps (TRS), which are derivative contracts linked to a bond index. But now, fixed income ETFs have been added to the toolkit of many investors.

“Particularly in credit, we now have fixed income ETFs which are quite large and liquid and they allow investors to trade nimbly between the ETF and the underlying cash bond market,” he says.

A number of investors now have dashboards that show them the prices of all of these instruments and help them decide which instruments make the most sense at any particular time and how they are priced in relation to each other.

“And if they want to do relative value trades, they can do pairs trading against each other. So they can go long ETFs, short CDX or TRS, or vice versa,” he says.

“We have seen a substantial uptick over the past two to three months of volatility,” Laipply says. “For example, the basis between an investment grade CDX and cash, depending on how you measure it, blew out to around 300 basis points in March.

“Normally, it is in the range of about 100 basis points. That created a flurry of activity between ETFs and the CDX. A similar thing happened in high yield as well, but it was quite dramatic in investment grade,” he says.

The CDX is still the main vehicle for relative value trades, but ETFs are chipping away at its market dominance, Laipply says.

“CDX still tends to be a very mature and liquid market, but I would say the credit ETFs are rapidly catching up. TRS are a bit behind, where they are not as liquid as CDX or ETFs, but they are becoming used more widely, particularly in high yield bonds.

“In investment grade, TRS are still in a somewhat earlier stage. You tend to see much more trading in high yield, whilst in investment grade the more common application is between ETF and CDX,” he says.

In the early days of ETFs, institutional investors mainly adopted these instruments to park their money for short term allocations before finding longer term destinations, either due to mandate changes or other implementation requirements. But this appears to be slowly changing, Laipply says.

“I think in the past that was very much the dominant case, but increasingly you are starting to see static exposures. One example is the use of a ‘liquidity sleeve’, where the ETF resides as a permanent sleeve in the portfolio to buffer against a demand for cash,” he says.

“The other interesting application that is starting to occur is the idea of a strategic asset allocation and that is in the context of portfolio construction. If you think about it, a manager might have a very large portfolio of hundreds, even thousands, of bonds, but when you look at that portfolio holistically what you tend to see is some element of pure beta risk, elements of factor risks and then idiosyncratic risks, which can only be replicated by individual securities.

“For the core beta exposure, or core factor exposures, we are starting to see managers use ETFs, because they are cheaper, more liquid and there is less operational risk. So you are holding this core beta exposure and you don’t have to rebalance it and you can increase or decrease the size of that beta fairly quickly and efficiently.

“If you try to do the same with several hundreds of bonds, then it is quite clear that the ETF is the more efficient way to hold that. The same is true for a long term credit tilt, it is more efficient to hold that exposure through a credit ETF than by holding the individual bonds,” he says.

If you think about what a credit ETF option represents, it is really an option on a portfolio of a thousand bonds as an example. That is pretty hard to create in an OTC context. So we are seeing investors use that for both return generation and hedging purposes

As the fixed income ETF market matures, a growing derivative market is developing as well. Asked if these instruments are used mainly for risk management purposes or more for return seeking strategies, Laipply responds it is both.

“The most pronounced example of this is listed options on credit ETFs; that has grown very sharply the last two or three years. You are seeing hundreds of millions of dollars in trades on any given day in credit ETF options,” he says.

“There is a good reason for that. If you think about what a credit ETF option represents, it is really an option on a portfolio of a thousand bonds as an example. That is pretty hard to create in an OTC context. So we are seeing investors use that for both return generation and hedging purposes.

“On the hedging side it makes quite a lot of sense, because you now have an option which is effectively a cash bond portfolio, so that is going to correlate fairly highly with the portfolio that you are trying to protect. If you contrast that with something like a CDX, where you have basis risk, it is far less precise,” Laipply says.

The views expressed in this article are personal to the commentator and not investment advice or a recommendation. Readers should seek independent advice from an appropriately qualified financial professional which takes account of their objectives and circumstances before making an investment.