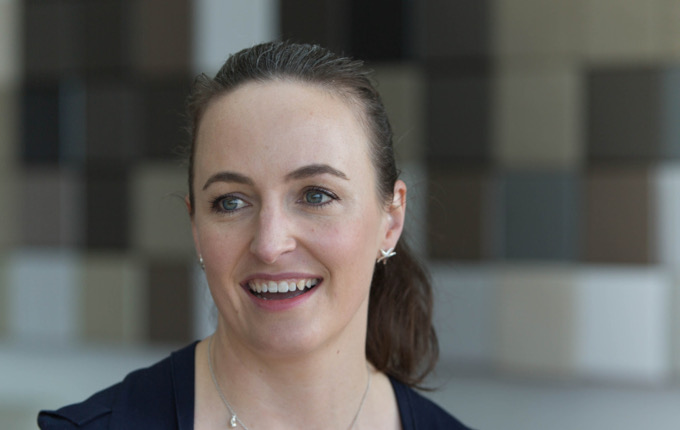 By early 2017, Miriam Patterson had begun to feel the chill that was settling on the retail sector in the United States.

It was then that Patterson, TelstraSuper’s Head of Real Assets, decided it was time to sell down her exposure to Australian shopping centres.

“We were one of the last to get out of a retail (Australian) pooled fund,” she says. “We took a small discount, but that discount looks like a premium now.”

Patterson acted ahead of time. In the past year, the value of retail units, which investors are seeking to redeem or sell into the secondary market, has ballooned to more than $5 billion.

She has continued to judiciously sell assets to recycle money into new investments. In April 2018, the fund (together with its joint venture partner, Vicinity Centres) sold Brandon Park Shopping Centre in Melbourne for $135 million.

Today, TelstraSuper’s $2.7 billion portfolio of real estate assets has less than a five per cent weighting to traditional super regional shopping centres. Instead, the fund is focused on non-discretionary/grocery-anchored retail, and Bunnings hardware retail outlets.

When we look at our Bunnings' portfolio, the assets may be a bunch of sheds but they come with triple net leases

“When we look at our Bunnings’ portfolio, the assets may be a bunch of sheds but they come with triple net leases,” she says. “They are located in desirable built-up locations. At the end of the day we are buying on the strength of the credit assessment on Bunnings.

“My approach is to look at the quality of income and the desirability of the location,” Patterson says.

The assets might have mixed characteristics, but it is all about the return profile.

“Our focus is on retail that takes up the first dollar of your household budget, not your last. Even in a recession, people are going to buy food, and even though, like all retail, grocery shopping is vulnerable to online disruption, there is still a difference between discretionary and non-discretionary,” she says.

Patterson says first dollar spend also extends to housing. “We have been invested into a multifamily portfolio in the UK since 2015,” she says. (The TelstraSuper investment is with Invesco, a specialist in the UK’s build-to-rent sector.)

Asked why she did not invest in the US, the world’s largest and most liquid multifamily market, Patterson says: “We have always liked multifamily, but we felt it was expensive to get into the US and we thought the UK had good fundamentals.”

She adds the caveat was that the investment decision was taken before BREXIT.

But upon reflection, even with BREXIT the UK residential market has good fundamentals, she says. There is a shortage of quality housing, and mum-and-dad landlords dominate the market. There is no security of tenure.

Our focus is on retail that takes up the first dollar of your household budget, not your last

“We would love to invest in Australian multifamily opportunities, but as of yet the sector does not exist. In Australia, we would probably be a fast follower,” Patterson says.

While managing e-commerce headwinds in retail, TelstraSuper is also riding on tailwinds from online retailing through industrial real estate. Since 2012, its portfolio has been upgraded to include industrial assets, which now makes up 22 per cent of its property portfolio.

The switch to industrial has made the portfolio resilient, she says. The fund does not publish returns from each asset class, but SuperRatings has ranked TelstraSuper in the top quartile of performers for the past seven years.

Like many Australian super funds, the corporate fund emerged from the global financial crisis with a number of non-performing investments.

“At the time, we had a lot of our investment in the listed sector, and our objective was to reduce that exposure and create a portfolio of core unlisted assets,” recalls Patterson, who took over the reins of TelstraSuper real assets in December 2015, four years after joining the fund.

Gradually, TelstraSuper reduced its holdings of listed property to just 20 per cent of its portfolio.

“We will always keep listed property within our portfolio for flexibility,” she says. “We use it as a liquidity bucket and a proxy to direct property. The public market informs us about what is happening in the private market.

“For example, in retail we took our cue from the public market. We saw what was happening in the US market at the start of 2017 and moved quickly to trim our retail exposure.”

Of its direct property portfolio, around half of the money is invested in partnerships. TelstraSuper’s real estate investment managers include AMP Capital, Brookfield Investment Management and Charter Hall Group.

We will always keep listed property within our portfolio for flexibility. We use it as a liquidity bucket and a proxy to direct property

“This approach is really important,” Patterson says. “It gives us a number of levers to pull, and we are not beholden to the liquidity of a pooled fund in the secondary market.”

She adds that most large sovereign wealth funds have their mandates with managers for the precise reason of having control and a say in management of the assets.

Partnerships, however, are uncommon among small to mid-sized super funds.

“We do not have the biggest cheque book; managers are not going to come to us if they just want capital,” she says.

“But through our partnerships we have demonstrated in the past eight or nine years that we can be relevant, and that we can transact in a short time frame. We like to be seen as smart and nimble capital.”

Patterson speaks of how TelstraSuper can be relevant to managers, pointing to its participation in a sidecar, a parallel vehicle to the main Australian Prime Property Fund Commercial (APPF Commercial), managed by LendLease, to invest in the development of International Towers 2 and 3 at Barangaroo, Sydney.

“Our participation allowed us to take a little more exposure or risk in the project,” she says. “The investment was too big for APPF Commercial to take on at the time, so we did the fund-through and later converted our capital into units in APPF Commercial.”

The super fund was among the first to fund debt for a development project.

In 2010, TelstraSuper forward–funded the ATO office development in Adelaide with a $100 million-plus construction loan facility. It took a 50 per cent stake in the project on completion.

“At the same time, you need to have expertise internally to manage the relationships and to keep across the different vehicles in these partnerships.

“The workload, however, is well compensated by the advantage of being able to tap the manager on the shoulder when there is a need to trim exposure, as with in retail back in 2017,” she says.

This is part II of the real estate profile on TelstraSuper. To see part I, please click here.

Today’s world is one in which gender equality is a topical issue and young women face the challenge of combining a high-powered job with raising a young family. Not so for Miriam Patterson.

Patterson comes across as a young woman who has skillfully navigated her fiduciary duties, investing hundreds of millions on behalf of TelstraSuper members while also bring up three children, aged from 16 months to six.

Her first child arrived two years after she started at TelstraSuper. “I did take six months of continuous maternity leave then, but I returned to work two weeks after the birth of my subsequent two children,” she says.

Fortunately, her employer was accommodating, trusting her with both her autonomy and her discretion on how she managed her time.

Patterson had a flexible working arrangement, allowing some days working from home to gradually take up her three-month leave entitlement over a nine month period.

“I was able to control my calendar and put all my meetings to those days when I was in the office, then work from home on other days,” she says.

Patterson relies on a nanny, who she describes as her “bedrock”, and a very supportive husband who works full-time as a consultant.

“He truly does 50 per cent of the household chores,” she says. “You know how often women say they end up taking on a larger portion of the work at home.”

Patterson acknowledges that everyone’s personal circumstances are different. “But,” she says, “you can thrive in the investment industry and also have a family if you are determined and have the right support structures around you, both at home and at work.” 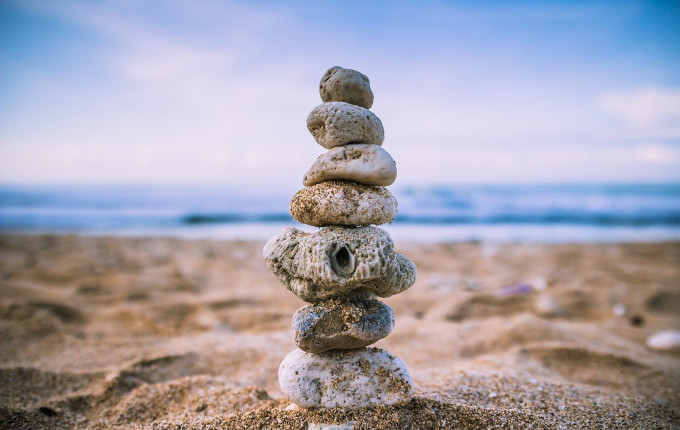