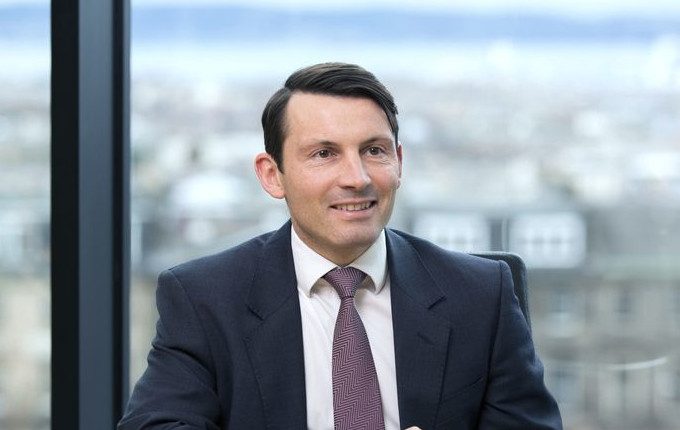 Investing is about capturing the outliers, Baillie Gifford’s Tom Slater says. In a study of long term buy-and-hold strategies, he found that more than 50 per cent of returns were driven by just three companies in the portfolio. But how do you find these outliers?

“Diversification is the only free lunch,” is an oft-quoted adage in the asset management industry.

But, of course, nothing is truly free.

Diversification is a very sensible strategy as it mitigates risk at a low cost. But by spreading your investments wider, you are also including more middle-of-the-road performers and sometimes outright duds.

The cost of diversification is drag, because outperformance is concentrated in a select few winners.

Tom Slater, Head of US Equities and member of the Long Term Global Growth Team at Baillie Gifford, wanted to understand how returns are distributed in a long-term, buy-and-hold portfolio.

To measure this, he created an equally weighted portfolio of 30 stocks chosen from the S&P 500 and held over five and 10-year periods until 2012, without trading.

It was clear a small number of big winners determine the outcome of a long-term, buy-and-hold portfolio.

“The whole thing is driven around outliers,” Slater says in an interview with [i3] Insights.

“One of the lessons from this long-term data is that the average company doesn’t matter that much. It doesn’t matter in a portfolio context, where returns are really driven by these power laws. There is a small number of big winners when you look over long periods of time.”

One of the lessons from this long-term data is that the average company doesn’t matter that much. It doesn’t matter in a portfolio context, where returns are really driven by these power laws

He looked at what those big winners had in common, whether it was earnings growth, revenue growth, margin growth or a re-rating of the stock.

The ability to grow revenues was crucial and Slater says this means the size of the market a company is operating in is key to its success as an investment.

“It speaks to the importance of finding companies that have a large addressable market that have this opportunity to really grow,” he says.

“Take the example of Amazon: it has been one of our most successful holdings over the last 20 years. The company was addressing a large market at the start and it was small relative to that category, which gave it a big addressable opportunity.

“But then that opportunity has expanded and moved into all sorts of different categories, including retail and cloud computing. You’ve seen this growth and dynamism in the addressable market.”

The trick, of course, is to find that small number of big winners. Slater says using traditional analysis methods, such as forecasting earnings growth or revenue growth over the next 24 months, doesn’t help much here.

The time frame is simply too short.

“There are lots of bright, well-paid people trying to predict what a company will earn this year or next year, but very little of a company’s value lies in the profits over the next year or two. We try very hard to think about the long-term structure of the company,” Slater says.

There are lots of bright, well-paid people trying to predict what a company will earn this year or next year, but very little of a company’s value lies in the profits over the next year or two

One of the ways Slater and his team at Baillie Gifford work this out is to do scenario analysis.

“How do you compare opportunities that have different payoffs? If you take the capital-light business model, such as a Tencent, then how do you compare it to L’Oreal, which we have owned for 30 years?” he says.

“I find this framework [of scenario testing] quite helpful, because you can say: ‘Okay, how do I make two-and-a-half times my money in L’Oreal?’ You can outline a scenario in what has to happen in L’Oreal to make that.

“And then we can have a discussion around which scenario is more likely and have a degree of comparability that is very hard otherwise.”

Another example involves Facebook and Google, both technology companies but with operations in different markets.

“If I say that I want to make five times my money in Google, then what would have to happen is that you would have to see some acceleration in the core advertising business from the 20 per cent prime growth we’ve seen in the past 10 years,” Slater says.

“You would have to see the self-driving car program deliver autonomous vehicles on the road. There is an auto fleet of 1 billion out there and some penetration of these self-driving vehicles in that fleet and some price for that software. If that all goes well, then you’d make five times your money.

“With Facebook, what you have to believe is that the US$80 per user that they make in the US is spread across the rest of the world, where the revenue per user is much lower, let’s say single digit a year.

“At the same time, they are going to introduce this cryptocurrency, which is going to be a big driver of international payments, and so they can take a share of that market.

“Which scenario is more likely?”

He thinks it is also important not to focus only on the risks in an investment, but also on the opportunities that may come to fruition.

“It is very easy to be a pessimist, to think about the downside, but we try to say: ‘If things went right for this company and this CEO realises his or her vision, then how much money can you make?’” he says.

To ensure they spend enough time discussing opportunities, Slater’s team has allocated a time slot during which they can only look at the bright side.

“When we discuss a stock, we only focus on the positives for the first 30 minutes of the discussion,” Slater says.

“It is hard to do. I challenge you to talk about the positives of anything for the first half an hour; it is a real discipline.

When we discuss a stock, we only focus on the positives for the first 30 minutes of the discussion

The team also has other ways to ensure positivism is encapsulated in the process, he says.

“I’m involved in our US equity strategy and also our Long Term Global Growth Strategy and for both those strategies we apply a similar decision-making rule: if one member of the decision-making group wants to buy it, we buy it,” he says.

“If a stock is consistent with the process and follow-up concerns have been addressed, then a single enthusiast is enough to get a stock into the portfolio. It is trying to counter this risk aversion and focus on downside that we know is an inherent trait of investors.”

Despite this approach, the portfolio is not filled to the brim with individual ideas. Team members appreciate the dynamic the process stimulates and are careful with their suggestions.

“If you say to people that if they are really enthusiastic about an idea, then we will buy it, it raises people’s self-filter in what they bring to the group,” Slater says.

“If you have only a one-in-five hit rate in what you bring to the group, then you are much more likely to bring marginal stocks to the group.”

It is clear Slater doesn’t believe in having large analyst teams that cover broad groups of companies to find the best one. He rather believes in having a tight group of bright people who can entertain a scenario in their mind and follow a growth idea to its logical conclusion.

They often sponsor academics or writers who delve into these phenomena, because they think their time frame is better aligned with the remit of the team than the research produced in the financial sector.

“If you hire a diverse collection of bright people and then really give them a remit to pursue the ideas that they are interested in, then that leads to better results than broad but shallow coverage, or trying to trade around small amounts of share price variations from intrinsic value.”

The Merits of Complexity In Defence of Life-cycle Strategies