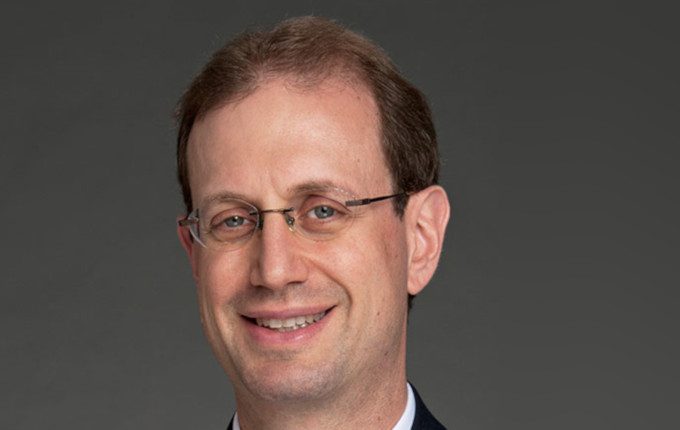 In March 2012, The Economist published an article that defined what is known today as ‘the Canadian Model’.

The piece described the move by several large Canadian pension funds to internalise asset management, starting with some of the most expensive asset classes, including infrastructure and private equity.

This movement started with Claude Lamoureux, who became the first CEO of Ontario Teachers’ Pension Plan in 1990 and took the approach that pension funds should be run as commercial corporations, not as sleepy government institutions.

In practice, this meant pension funds should identify their competitive advantages as asset owners and capitalise on these.

This idea was quickly taken up by other Canadian funds, including by the Canada Pension Plan Investment Board (CPPIB). Mark Wiseman, who is currently Global Head of Active Equities for BlackRock and Chairman of BlackRock Alternative Investors, initially worked for Ontario Teachers’ and this influenced his ideas when he later moved to CPPIB, where he ultimately became CEO.

“The Economist wrote this article a couple of years ago, called ‘Maple Revolutionaries’, which was a little bit oversimplified because it is not all about internalisation. Even CPPIB, which is the largest of the Canadian plans today, still has a significant portion of its active risk managed externally,” Wiseman says in an interview with [i3] Insights.

“The Canadian Model was really developed by Claude Lamoureux, who was a bit of a mentor of mine. He was the guy who in 1992 had this theory, which played out at Ontario Teachers’ and then spread out to the other Canadian pensions.

He points to indexing as a strategy that makes no sense to do internally because funds don’t have a competitive edge there over the incumbent providers.

“There is a huge amount of operational risk, it is a big-scale business and you can access beta exposures very efficiently through third parties,” he says.

“But if you look at infrastructure, it is 100 per cent a direct business [at CPPIB], no third-party funds. Because of the long-dated nature of the assets, it means that they can hold them for a very long period of time.

“It is also a highly intermediated market, so sourcing deal flow isn’t difficult. If you know the right bankers, then you see every deal, and by and large the underlying investments are not operationally complex. So they made the decision to do that on an entirely direct basis.

“In private equity, there is more operational complexity, holding periods are shorter and sourcing deal flow is less intermediated. So the decision there was to find a co-sponsorship model where the firm invested both in funds and then in direct tails besides those funds.”

As Australian funds grow larger, they will have to go through a similar exercise to determine how they want to approach each asset class if they want to remain competitive globally, he says.

“For the Australian funds to be successful in the long run they will have to go through that analysis of internalisation,” he says.

With the realisation that size matters, combined with a regulatory push for greater scale, many Australian funds are looking to adopt elements of the Canadian Model. But Wiseman warns there are some important differences between Canadian and Australian funds.

“There are a lot of parallels between Canada and Australia, but the one difference between here and Canada is that you don’t sit directly adjacent to the US,” he says.

For Canadian funds it is much easier to get access to deal flow and investment professionals with knowledge of the US markets, than it is for Australian funds. But apart from the physical distance, Australian funds are also nowhere near the size that puts them first in line for interesting deals.

“I think Australians suffer even more than Canadians from a lack of comprehension of how important scale is today in the modern world. I thought I understood scale when I left CPPIB, and when I left we were at C$330 billion, until I came to BlackRock and saw what US$6.5 trillion means,” Wiseman says.

“The Aussie funds are barely at a sufficient scale to compete globally.”

It is often argued scale might be good for operational efficiencies and the sheer ability to muscle in on attractive deals, but scale can be detrimental for equity investing, some critics say.

When people asked me that, at 15 per cent, we didn’t have a lot in Canada, I said: ‘We are about seven times overweight Canada,’

“When I started at CPPIB in 2005, we were somewhere around 85 per cent Canadian content. When I left 12 years later we were under 15 per cent.

“When people asked me that, at 15 per cent, we didn’t have a lot in Canada, I said: ‘We are about seven times overweight Canada,’ because the [MSCI] All Country World Index weighting to Canada is about 2.5 per cent. So I think [the home bias] is an incredibly insular view.

Wiseman joined BlackRock in 2016 and is responsible for the firm’s active equities division, as well as Chairman of the Alternatives division. But more recently he established a new private equity program that is optimised for long-term investing – a passion of Wiseman, who is also Chairman of the Focusing Capital on the Long Term initiative.

Having a long-term investment horizon is one of the key competitive advantages of pension funds, but because much of the asset management industry is driven by short-term incentives, the ability of funds to capitalise on this advantage is limited.

This new program, which goes under the name of Long-term Private Capital, is meant to fix that and one of the key differences from existing private equity vehicles is the fee structure.

“There are several drivers that make it different. The first is that the management fee is budget based. In the typical 2 and 20 model, the 2 was the management fee and when the private equity industry started, that was meant to cover the cost of operation for the GP (General Partner),” Wiseman says.

Those funds used to be US$500 million, but now they are US$15 billion and they are still charging 150 basis points, so the excess fee to the manager is huge and that was never intended to be the case

“What happened over time is that private equity funds have launched multiple funds all operating at the same time, all charging 2 per cent and the GP is now earning a huge multiple of what it costs to operate a firm.

“Those funds used to be US$500 million, but now they are US$15 billion and they are still charging 150 basis points, so the excess fee to the manager is huge and that was never intended to be the case.

“So the first innovation in this vehicle is that the fee is budget based. The investors approve a budget on an annual basis and that is the cost of running the fund. We estimate that to be, for a fund running at full scale, somewhere around 50 basis points, as compared to 150 basis points.

“Secondly, the vehicle itself is unitised. What that means is that the underlying companies can be held forever. If the investors want liquidity, they can get liquidity by selling units; it is a closed-end structure.

“Then the other piece is that the incentive compensation paid to BlackRock and our team of investors is in the form of units in the fund. So it is a complete alignment of interest, from the LP (Limited Partner), the GP through to the investment team and the investee company.”

The Value of Engagement The Factors of Emerging Market Debt