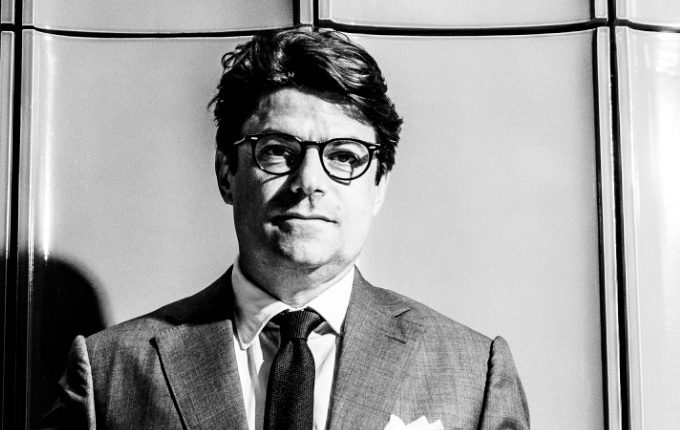 Finisterre Capital’s emerging market debt specialist Raphael Biosse-Duplan says investors should worry less about the geographical definition of emerging markets and more about what factors set this asset class apart from others.

The debate about whether emerging markets form a separate asset class or whether it would be better to retire the term has been ongoing for some time.

Arguably there is fluidity in the idea of an up-and-coming nation, considering that economies such as South Korea and Taiwan are not exactly new or underdeveloped, while those of Italy and Greece are positively old and arguably submerging.

Others have argued the term emerging markets is simply a marketing gimmick designed to attract higher fees.

Raphael Boisse Duplan, Chief Executive Officer of Finisterre Capital, has been a veteran of the emerging market debt sector and has heard all the arguments before.

“I’ve been involved in this asset class for more than a quarter of a century and every year somebody taps me on the shoulder and says: ‘I think this is the end of this asset class,’” Biosse Duplan says.

“But the markets have always come back faster and stronger because of good economic performance, because of good policy-making, but also because there is a fundamental catch-up to be had to being exposed to this particular part of the world.”

Every year somebody taps me on the shoulder and says: ‘I think this is the end of this asset class,’

And although he has sympathy for the view that an asset class defined by geography is somewhat arbitrary, he argues viewing emerging market debt as a separate asset class does have its merits.

“In the industry, there have been a lot of questions raised about should a portfolio be that interested in a geographical definition, or should it be interested in what factors emerging markets can provide and how they contribute to the overall construction of a portfolio,” he says.

He clearly favours the latter approach. Emerging market debt is a separate asset class because it does provide a combination of factors not found easily elsewhere, he argues.

“What does emerging market debt do for us apart from everything else that we are exposed to? Today, it provides us with an income solution in a world that has a massive deficit of income and emerging markets fixed income provides very good diversified, resilient income over the cycle,” he says.

“It [also] provides growth, which matters in debt terms because it causes a natural deleveraging effect.

“So it has a number of embedded factors that people have come to recognise and they may eventually decide to prefer to call it something else, but considering the factors that this asset class provides you with, you can expect to see ongoing interest in it.”

Biosse-Duplan says emerging markets have struggled with perception issues since the start. In 1993, he started building an emerging-market bond desk for Salomon Brothers in London and later repeated this exercise for Lehman Brothers in 2003.

Emerging market debt was then somewhat frowned upon.

“When I started it was very marginal. People had in mind that it resembled the trading of commodities. You had certain cycles, huge gap risk, you had to do a fair bit of price discovery because there weren’t that many benchmarks,” he says.

“Emerging market debt, when I started, was essentially in the form of defaulted loans that banks had made to sovereigns. It left a bad taste in everybody’s mouth because at some stage someone had been wounded by it.

“That certainly was the case at Lehman Brothers as well, which had faced some real difficulties in 1998 with the Russian crisis and the GKO (short-term zero-coupon government bonds issued by the Russian Finance Ministry) default.”

But slowly this perception is changing as the low-yield environment worldwide and better management of the local economies have made the asset class an attractive source of yield.

“The market is coming to recognise that those stories still exist, but they are not the bulk of the emerging markets anymore,” Biosse Duplan says.

“It is an interesting question to ask what defines emerging markets today. Historically, we used to define it as places. It was not so much a question of GDP per capita; it was a question of weak institutional frameworks.

You could argue today that politics interferes with economics in a number of areas in the world, more than they probably should, but the majority of emerging markets have become well-run economies

“Those were the places where politics had the uncanny habit of interfering with markets. You could argue today that politics interferes with economics in a number of areas in the world, more than they probably should, but the majority of emerging markets have become well-run economies.

“So there is a whole generation that is looking at emerging markets as a set of opportunities. It is growing, scalable, usually well-run, but still having some inertia or a whiff of bad habits that make it permanently cheap.”

Partly it is a question of some of the old guard in the investment world retiring as younger investors are less sensitive to the stigma attached to emerging market debt.

“In my view, there will be a generational shift at some point among the managers and emerging markets will be, as it should, thought of in terms of numbers rather than personal experience,” Biosse Duplan says.

“There is a flexibility of the social contract that doesn’t exist in industrialised nations. By that I mean there is the ability to take recessions that would be politically very hard to manage in richer nations.

“There is a fundamental shift taking place that will have a profound effect on how we think about this asset class.”

But the asset class is also helped by the growing middle classes in many emerging economies. These people not only tend to spend more, they also save and invest more.

“There is about 140 million people that join the middle classes in Asia alone every year. Those people save and so the demand for local bonds has dramatically altered and will continue to dramatically alter,” Biosse Duplan says.

“There are some real generational shifts taking place, both on the asset and the liability side, and the market, in my view, still has to recognise them for what they are.”

It Is All About Scale Real Estate Profile – Sunsuper