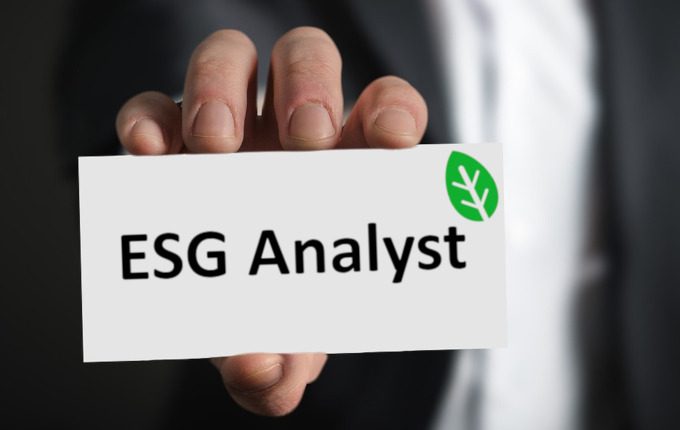 There have been multiple attempts to quantify the contribution of ESG engagement to investment returns, but not all benefits are visible in the bottom line. A PRI-sponsored study, asks corporations what non-financial benefits they see from engagement.

“What gets measured, gets managed,” is probably the most famous quote Peter Drucker never said.

But the famous management philosopher did say something very similar.

“For the measurement determines what one pays attention to,” he writes.

You could argue the difference is a matter of semantics, but tracing back the context in which Drucker makes his comments is important.

All too often, the misattributed quote is used to justify narrow approaches that reduce complex processes to mere production figures.

But Drucker was smarter than that.

He knew measurements could be manipulated and their usefulness applies mostly to manual labour. But in the machine world of today, most activities don’t let themselves be measured quite as easily.

“Because knowledge work cannot be measured the way manual work can, one cannot tell a knowledge worker in a few simple words whether he is doing the right job and how well he is doing it,” Drucker writes in his 1966 book, The Effective Executive.

He was keen to emphasise the importance of knowledge workers to companies and later in life called them “the most valuable asset” any business, or non-business for that matter, can have.

The Value of ESG

There have been many attempts in recent years to try and quantify the value of environmental, social and governance (ESG) engagement in terms of added investment returns, some more successful than others.

But for a recent study, the Principles of Responsible Investment (PRI) wanted to know what value engagement delivers in ways that are not easily represented in figures.

Leading the study is Jean-Pascal Gond, a Professor of Corporate Social Responsibility at Cass Business School, City University of London, where he heads the centre for responsible enterprise, ETHOS.

“We were engaged to try and understand the sociological and organisational dynamic underlying investors’ engagement with companies on ESG issues,” Gond says in an interview with [i3] Insights.

“I’m an organisational and management scholar. I’m interested in how different practices take place in financial markets. So I tend to see a financial entity, not just as a figure [number], but I try to understand what people do with the figures and how they produce them.”

Gond and his team have conducted 36 in-depth interviews with representatives of large listed companies to gain insight into the way corporations see value in engagement and combined these with an earlier study developed in partnership with Sustainalytics (O’Sullivan and Gond, 2016) that looked at investors’ views on engagement.

Importantly, corporates find regular engagement increases the loyalty of long-term investors and the managers taking care of these relationships can enhance their status and promote more easily ESG policies.

“I think a large part of why this engagement process is effective is because it is not fully public,” Gond, who visited the University of Sydney Business School earlier this year, says.

“It is not fully private either; usually actors are aware of what is going on in general terms, but this property is important because then you can use the threat of going public as a relatively more effective way of pushing people to adopt a measure or change their behaviour.”

Engagement creates a safe space for corporations to experiment with their ESG policy disclosure, to get feedback, to try things

Gond found a number of corporates use ESG conversations as a testing ground for corporate policies, which helps businesses fine-tune their approach.

“Engagement creates a safe space for corporations to experiment with their ESG policy disclosure, to get feedback, to try things. We have seen some of the more proactive corporations really mobilising that space,” he says.

“It is something that is not really captured by what our finance colleagues are looking at; they really come from the principal agent problem.

“But often you don’t really see the fact that [corporations] are exchanging information through dialogue, which creates opportunities for learning and perhaps there are some political dynamics at play.

“I think it was clear for a lot of the investors that we interviewed that they would continue doing it even though they didn’t have a clear business case. They could see the insights that they gained from that [engagement].”

He also found ESG engagement helps strengthen ties between other parts of the corporation and investors.

“We call it the relational walk because you develop new relationships across organisations and also within your organisation,” he says.

“One of the dynamics that we thought was interesting is that the ESG investors bring the mainstream analysts with them because they say: ‘Look, the CFO of the corporation will be there. You have to come.’ That helps to integrate ESG.

“It also helps other groups within the organisation to get an idea of what ESG topics are relevant.”

For many corporations, ESG engagement is still a relatively young activity and they are still determining how to best approach it. For example, some corporations struggle to draw the line on who to engage with and who not to.

“Do you respond to all requests from investors? Technically, if you have just one share in a corporation, you can write a letter to the company,” Gond says.

“Are you only going to respond to investors that represent a bigger part of your listing? To that question we got very contrasting responses.

“Some corporations thought ‘let’s only deal with the bigger ones’, but the more proactive ones were also getting insights from discussion with marginal investors, which helped to avoid issues that mainstream investors don’t yet have on their agenda – maybe because they aren’t an expert on the domain or because of their knowledge.

“I had a case reported by a very large, multinational corporation which uncovered a real risk that wasn’t realised or really taken into account sufficiently. But just because somebody from a very small ESG investor in the Nordic region asked a question about the plant in that region, they realised that certain safety checks that were needed in the light of the changed political context were not completed.”

The more proactive [companies] were also getting insights from discussion with marginal investors, which helped to avoid issues that mainstream investors don’t yet have on their agenda

The study also produced some unexpected results, he notes.

“One aspect that we haven’t published yet is that there is a very systematic complaint about rating agencies. What corporate actors were after was some confirmation that investors were actually going to use this information. This is because of the cost of collection,” he says.

“The ESG sector is not yet fully consolidated, so there are a lot of actors. They may receive maybe 20 questionnaires a year, so which ones do they really need to fill in, in order to make sure your ranking is going to be fine?

“People were telling us that it is much better to talk directly to your investors than filling in tons of information for ESG providers.”

A related study focused on whether skill in ESG engagement could be defined and improved. To help with this objective, Gond and Emma Sjöström of the Stockholm School of Economics were given access to the email exchanges between corporates and an intermediary agency conducting engagement on the behalf of investors on ESG issues.

In one example, they looked at an engagement focused on carbon risks and were able to see what arguments were used, and which competencies were needed from the intermediary agency to conduct successfully processes of engagement.

It helped them assess what makes an ESG specialist a good negotiator or ‘business diplomats’, and to uncover the roles played by intermediary organisations.

“It is important to identify and specify these competencies, because in a lot of firms people haven’t really been trained to do this job. Standard finance curricula don’t include how to engage with corporates. We thought it would be interesting to make it more explicit what those competencies are,” Gond says.

“We are also looking at more than 30 collective engagements from the PRI with corporates and looking at the communication of the PRI expert and analysing very systematically the content of all these notes in an effort to try and understand which organisational and individual factors make engagement more effective.”

The results are yet to be published and Gond expects them to come out later this year.

“We try to identify which combinations of characteristics of investors, corporations, engagement processes and of the persons actually conducting engagements explain the success or failure of collective engagement using a new methodology: qualitative comparative analysis.

“In so doing, we should be in position to identify whether and how individual competencies matter to successful engagement. This will be presented in a report with the PRI in the coming months,” he says.

Insurers Talk Climate Risks It Is All About Scale