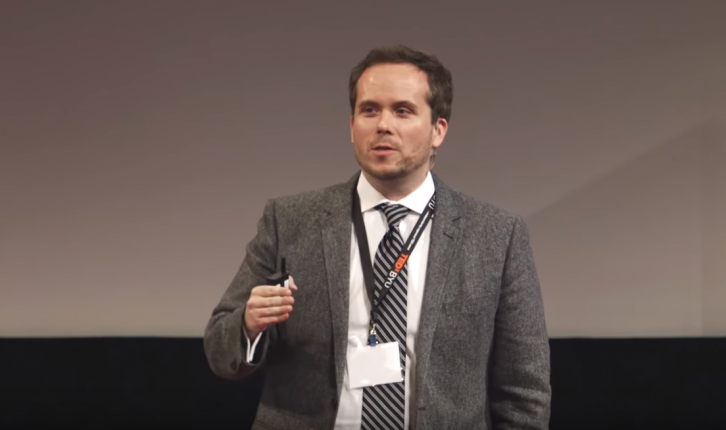 Could the discomfort an investor feels for holding certain positions be the reason why certain factors don’t get arbitraged away – a pain premium of sorts?

Most investment strategies today are based on the idea that investors get paid to take on greater risk (for example, small caps) or for the existence of a return driver that can deliver above-market returns (for example, momentum).

The validation of these strategies is usually dependent on the culmination of two key elements.

One, there is empirical evidence that an anomaly exists, often proven through the means of a back test.

And two, there is a theoretical explanation for why the anomaly exists as without a financially sound theory it might be just noise with little chance of repeating itself.

But what if there is a third element?

Could there be an element that has little to do with the characteristics of the underlying assets, but one that goes a long way to explaining why certain factors get arbitraged away, while others seem to persist?

“For [a premium] to be enduring, I think there needs to be a behavioural component to it

In his new book The Behavioral Investor published late last year, Daniel Crosby says that for a premium to be broad and persistent an investor needs to feel a certain amount of pain to hold positions for any length of time.

“For [a premium] to be enduring, I think there needs to be a behavioural component to it,” Crosby, who holds a PhD in psychology and is also an executive director with United States-based wealth management firm Brinker Capital, says in an interview with [i3] Insights.

He argues some established investment strategies are not inherently riskier than holding broad market-cap portfolios, but look on paper quite uncomfortable because they tend to hold a bunch of quirky companies.

“You’ll hear a lot of efficient market folks say: ‘If value stocks are to outperform over time, it is because they’re riskier,’ and so they hypothesise a linear relationship between risk and reward,” he says.

“But when you look at value stocks, historically they have not, in most cases, been more volatile than the broader market and in bear markets they’ve often been less volatile. So I reject that notion on philosophical and on empirical grounds.

The fact is that when you run a value screen and you look at what comes out on the other end ... it's ugly

“I think that the reason that these things endure is because they’re hard to swallow, psychologically. The fact is that when you run a value screen and you look at what comes out on the other end … it’s ugly.

“The price you’re paying is mental anguish far more than it is volatility or any sort of more traditional notion of risk.”

For professional investors, this experience of pain is likely to be magnified by the career risk that comes with deviating too much from a benchmark.

“We know that 85 per cent of active asset managers are outperformed by an index over the medium term. Yet, we also know that over that same time period, the highest-conviction [holdings] of the same active managers outperform those indices by about 6 per cent per year,” Crosby says.

“So the average mutual fund in the US has 200-something holdings and their best 20 ideas are doing very well. But because we’re worried about tracking error and career risk, we’re holding these watered-down portfolios that don’t differ meaningfully from an index.

“Again, I think there’s that psychological component to it that if you’re going to be an active manager, then you earn your money by having a differentiated view of the world and being right.”

Crosby has been writing about behavioural finance for several years and The Behavioral Investor is his fourth book. He has seen the interest in the topic increase over the years, but as more people learn about inherent biases, they ask: “So what? What can we do with this knowledge?”

When Daniel Kahneman’s seminal book, Thinking, Fast and Slow, was published in 2011, he was asked the same question in an interview with The New Yorker. And despite the years of research on the topic, he acknowledged that he had not succeeded in improving his own mental performance.

Crosby agrees that it is difficult, if not impossible, to change your inherent biases, but his answer to the ‘so what’ question is that you can recognise situations in which you might not make optimal decisions.

“I think the primary benefit of learning about biases is that you know which situations to avoid and you know how to structure your financial life,” he says.

“So I agree with Kahneman and others that education is a weak predictor of behaviour. Just because I have written these books on behavioural finance, it doesn’t make me appreciably less susceptible to these irrational missteps than the next person.

“I think the things that are more apt to keep you from making bad decisions are first of all putting yourself in the right environmental situations.

“For instance, I scrupulously avoid financial news media, something that I think is counter-intuitive for most people. They would say: ‘You must watch CNBC a lot?’ Well no, I see that as cancerous to my long-term goals.

“Just in the same way that an alcoholic avoids bars, I as an irrational financial entity avoid the kinds of media and the kinds of input into my brain that are going to make me make poor decisions.

“I try not to surround myself with friends who are making risky decisions. I try not to read articles that are sensational or bombastic or that prime people to make poor decisions.”

He also points out that money has the unique ability to make even very intelligent people do stupid things and so he advocates keeping personal investments at arm’s length.

“But when it comes right down to making good choices with my money, it’s really not about how much I know. It’s about whether in a moment of panic or fear I’m likely to do the right thing.

“There’s no reason to think that I will, and so I keep my money far away from me because I know I’m just as susceptible to these things as the next person.” 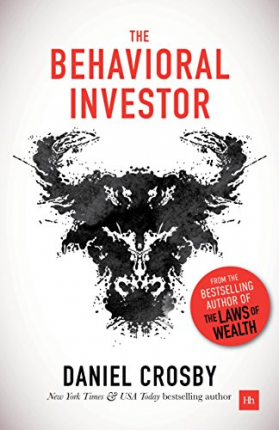 Hayne’s Roadmap to Governance The True Cost of Divesting