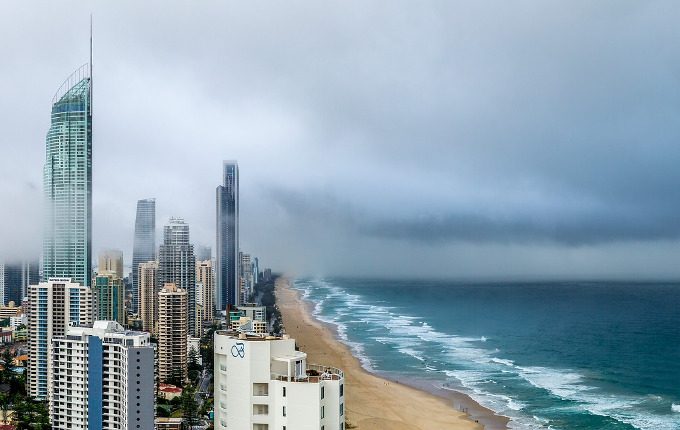 On 11 March 2011, an earthquake with a magnitude of 9.1 hit off the coast of north-eastern Japan, the fourth largest earthquake to have occurred since the year 1500. It caused a tsunami that claimed almost 16,000 lives and affected the lives of many more.

The physical damage from this disaster speaks volumes about the economic impact the earthquake had on the country. According to a report from the Japanese National Police Agency, 121,776 buildings totally collapsed, a further 280,923 buildings partly collapsed, while another 726,574 buildings were damaged.

Among those buildings were the plants of many of Japan’s technology companies and not only did they face major damage to their assets, but they were also confronted with a major disruption in the supply of chips to customers.

For the insurance companies that had covered these technology companies, it was a wake-up call to assess how much exposure they had to coastal real estate in Asia.

“We’ve had a European insurer which was a client of ours, and they had been impacted by the 2011 tsunami,” Roelfien Kuijpers, Head of Responsible Investments and Strategic Relationships at DWS, says in an interview with [i3] Insights.

“They underwrote facilities of semiconductor companies that were right in the flood zone and at some point they came to us and said: ‘We’ve got all these losses on the liability side, but we also have Asian equities and Asian bond portfolios and we are starting to wonder if these portfolios are potentially at risk because of the climate impact.’

“They asked us to analyse their Asian equity portfolio and measure what the physical climate risk was that was embedded in that portfolio.”

DWS has a long history of research into climate change risk and environmental, social and corporate governance (ESG) issues more broadly, going back more than 25 years.

As a result, the company’s ESG rating platform has grown to become a very comprehensive system, incorporating data from seven different providers: MSCI, Sustainalytics, ISS-oekom, which is a European provider of global data, TruCost for carbon footprinting, Reprisk for reputational risk issues, and Sigwatch and Ethix, for ethical issues.

One of its more recent collaborations is with a small Californian firm, Four Twenty Seven, to address the issue of the physical risk of climate change and answer the initial question posed by the European insurance client.

“We have done a lot of work around physical climate risk and there we use big data,” Kuijpers says.

“We work together with Four Twenty Seven, a research boutique. What they have done is plotted out for companies around the world where their facilities are and they have overlaid that with climate risk data.

“They looked at all the companies in the index [global equity universe] and then they plotted out where all the facilities of these companies were all over the world. They used big data climate science models [as overlays] and you can see all these little dots on a map of the world where every dot is a facility of a company.

“You can then look at regions. For example, the Guangzhou region in China is right in the middle of the industrial heartland, but is also right on the ocean and is very prone to flooding.”

It is a relatively new way of looking at climate risk, made possible by the advances in technology and the availability of vast data sets, and Kuijpers says they now find themselves often knowing more about a company’s physical exposure to climate risk than the executive management of the company does.

But for active investors, this type of information is increasingly important in generating alpha and protecting the gains they’ve made in the past.

Kuijpers believes that since financial data has become so easily accessible, non-financial information, such as exposure to climate change risks but also how companies rate on social criteria, will become increasingly important for active managers in generating alpha.

“It is the non-financial information that a lot of times tells you a lot about what goes on inside a company.”

ESG data can be instrumental in avoiding companies that get involved in major scandals as a result of mismanagement. In this way it provides almost a tail hedge.

“If you think about certain companies, that for example have had serious corporate governance issues, often they relate to social practices or even environmental issues,” Kuijpers says.

“Take VW as an example: it is a large company and a large stock in the German DAX 30 Index and we manage the single largest German equity and European equity funds and in our equity platform we always had a zero weighting to VW.

“For a long time, this looked like a silly decision, because VW was just getting bigger and bigger and became the largest car company in the world. Sales were growing, margins were growing, everything looked hunky dory until the diesel scandal hit.

When Volkswagen was privatised in 1960, the German Parliament issued a law that required votes on major resolutions to have an 80 per cent agreement rate. This meant shareholders with more than 20 per cent could veto any resolution, including a takeover. The State of Lower Saxony held 20.1 per cent of the votes.

“We never knew that they were cheating on emissions, but they had very poor corporate governance structures and that is why we didn’t invest in the company,” Kuijpers says.

“ESG is more and more viewed as a hidden factor; it produces alpha over the long term.”

Kuijpers held a number of senior roles in both the investment banking and asset management divisions of DWS before she was asked to give a voice to ESG within the executive management as Nicolas Moreau, the Chief Executive Officer of DWS, takes this issue very seriously.

She argues asset owners and managers alike should develop comprehensive models of how their investment portfolios will be affected by increases in global temperatures.

“I actually spent some time doing strategic planning for the equity division and at some point I was sent on a scenario planning course. This area was really started by [British–Dutch oil and gas company] Shell; they were the inventors of scenario planning,” she says.

“So in my mind, what asset owners really need to do is build scenarios of one degree, two degree, three degree, four degree, and this sounds really apocalyptic, but this is the world we are going to be living in.

“Henry de Castries, the previous CEO and Chairman of the Axa Group, said: ‘A two-degree world might still be insurable, but a four-degree world certainly will not be’.

I think with big data, it is actually not that hard [to do scenario planning]

“For example, one of the reasons why northern Europe is so hot and Canada is so hot is that the jetstream has moved up. That’s why you have this massive heatwave in northern Europe. Climate scientists can tell you where it will be in a three or four-degree scenario.”

Based on this data, you can then extrapolate how different companies will be affected.

“Asset owners are in the long-term investment business, so if you know that a company [that you’ve invested in] has facilities in Bangladesh and southern India and all of that is going to be under water in the next 20 years, then you better make sure that you have moved these facilities somewhere else,” Kuijpers says.

“I think with big data, it is actually not that hard [to do scenario planning]; having done it, it is not that hard. An oil and gas company knows this, but Australia has an enormous coal-based industry and they better figure this out.”

Kuijpers also points out access to water will become an increasingly pressing issue and has already played a role in the Syrian Civil War, which was preceded by the migration of farmers, who had to abandon their drought-stricken fields, to urban centers.

“One of the biggest issues is water and access to fresh water,” she says.

The first history books are being written on the origin of the Syrian war and there is almost complete agreement among historians and climate scientists that it was started because there was a huge drought from 2006 to 2011.

“That meant that farmers couldn’t farm anymore and moved into the cities, [but] there were no jobs for them in the cities. As farmers, they were by nature more conservative than people in the cities and so you had these major culture clashes and the rest is history,” Kuijpers says.

“That might have been the first civil war based on climatic reasons, but if you think about the shortage of water and you think about large metropolises, everywhere around the world that might run out of water, particularly in that equatorial region that we discussed earlier … people are worried about migration today, but you haven’t seen anything yet.

“These are all issues that companies, governments and investors have to take into consideration.”

My Lessons Learned from the GFC China’s Next Digital Evolution