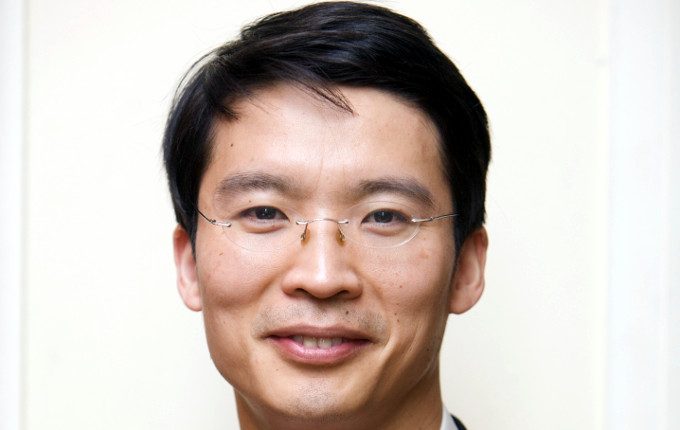 When Amazon bought grocery chain Wholefoods in June last year, it raised more than a few eyebrows. Why would an online giant dabble in the very bricks-and-mortar industries it is disrupting, especially the grocery industry, which has to make its living from depressingly low margins?

But in acquiring Wholefoods, Amazon was simply doing what its Chinese rivals had already done a few years earlier: merging online and offline shopping experiences.

“When Amazon bought Wholefoods, people thought it was interesting that these companies were going back into the offline world for M&A transactions, but in fact Alibaba and JD.com started this much earlier in 2015,” Winston Ma, author of China’s Mobile Economy and a former managing director of China Investment Corporation, says in an interview with [i3] Insights.

“Alibaba bought a strategic stake in Suning, which is a large offline consumer electronic retail chain, back in 2015. And of course, not to be outdone, JD.com made a similar acquisition in a supermarket business to enlarge its footprint.”

In August 2015, Alibaba bought a strategic stake of 19.99 per cent in Suning Commerce Group, while in the same month JD.com, China’s second-largest e-commerce site after Alibaba, bought a 10 per cent stake in Chinese supermarket chain Yonghui Superstores.

Fast forward to today and it is clear why they decided to do so. Alibaba has been rolling out its high-tech supermarket, Hema, adding 64 stores in the past year. The store differs from a traditional supermarket in that it adds mobile payment and big data into the mix through a dedicated app.

Customers can use the app to scan barcodes to find product information and recipe ideas. Alibaba records everything a customer has purchased, makes suggestions for other products and offers users the option of ordering the same goods to be delivered to their home without having to leave the house.

Ultimately, the store gives customers the ability to check the quality of the products they intend to buy, after which Alibaba hopes they’ll switch to the app for shopping.

It is a concept Ma calls “online merges with offline” or OMO.

“Let’s say someone wants to buy an Alaska lobster. Alibaba’s online marketplace does offer that, but people want to check whether it is fresh or maybe they want to check the nutritional information of the lobster,” he says.

“So now they can go to a Hema store and for every piece of consumer good there is a barcode and people can scan it and get the information of the seafood. They can do multiple picks and when they check out there is only online payment.

“But also when the product is not what they expected or is not fresh, they can go back to the shop and talk to a real person. Of course, that data is also recorded.

“What makes OMO work is two things: mobile payment and data technology. The mobile payment makes it very convenient for people to choose where they are doing things, whether it is online or offline, and then the data technology makes sure that shops and consumers can have a very smooth two-way information exchange.

“This digital offline store is the cutting edge of this online/offline integration.”

JD.com is going through a similar exercise with its 7Fresh supermarket chain, using technology to track consumer behaviour, while at the same time offering them a sample of the goods on offer.

“It is about providing more information, the same kind of information that you can get when you order things online, and because the store attracts offline traffic, it also picks up a lot of information from consumers. So you can see that the data becomes a two-way flow,” Ma says.

With many years’ experience in investing in Chinese companies, he has a good handle on where things are heading.

He addresses the OMO trend and the next phase of the evolution of China’s digital economy, more broadly, in his upcoming book, The Digital Silk Road: China’s New Growth Story, which builds on his previous book which described the impact of widespread smartphone use on the Chinese economy.

“My new book describes the next phase of the digital economy and has more of an AI, big data flavour,” he says.

But China’s transition to a digital economy has been a relative recent one.

“You can think of several tipping points. One is the wider spread of the smartphone – in particular with the rise of the Chinese smartphone brands, such as Xiaomi and Novo – that has led to the largest mobile internet population in the world. More than 750 million people in China are using mobile phones to get online, which is more than the entire population of Europe. So one can certainly argue that the wider spread of the smartphone is the tipping point,” Ma says.

“The gross merchandise value is more than Black Friday and Cyber Monday combined and buyers and sellers from more than 200 countries participate. So you could argue that the Singles’ Day is the tipping point for e-commerce, for the digital economy.

To a large degree, the driving force behind the mobile revolution is not so much the wealthy, urban kids who desire the latest gadgets, but rather the bored youngsters in less developed cities throughout the country, a group Ma refers to as the “small town youngsters”.

With previously limited access to goods and services, e-commerce brought the world to their doorstep.

“It is very interesting when you look at this demographic; you might be surprised that most growth comes from that group. When you look, for example, at the online literature business, it is a very big business: Tencent’s spin-off, the Yuewen Group, was the single largest IPO last year,” Ma says.

[In] the 2015 Chinese New Year, when Tencent launched the red envelope, the digital red envelope event, this truly triggered the wider spread of the mobile payment, which in turn created a much more active mobile ecosystem in China

Yuewen, or China Reading, is an online publisher and e-book company that raised US$1 billion through a public listing in November last year.

“More recently, you see things like Daoyin. This is an AI augmented video platform. It is a very similar situation here: the small town youth are the main driving force. So you can say that entertainment is the best way to address a need for that population,” Ma says.

To a degree, the success of the Chinese internet companies is the shared written language of its population. If you look at places like India, for example, the barriers to adopt English-based social media platforms and e-commerce services are much lower.

Ma acknowledges this and says you can see similar trends in other parts of Asia.

And that is the next big hurdle for the Chinese internet behemoths: they have achieved phenomenal growth at home, but how they fare outside of China will determine their next phase of growth.

“China is the largest unified market, unified by language, culture and mobile payment, so it makes sense for Chinese companies to focus on this market. But Alibaba, Tencent and Baidu, they all have very limited success in overseas expansion because they put most of their efforts into the Chinese market. Yet, it is truly important to think about their next phase and expansion strategy,” Ma says.